Jun 11, 2017 7:40 PM PHT
Rappler.com
Facebook Twitter Copy URL
Copied
Here are the events lined up as the Philippines celebrates the 119th anniversary of its independence on Monday, June 12 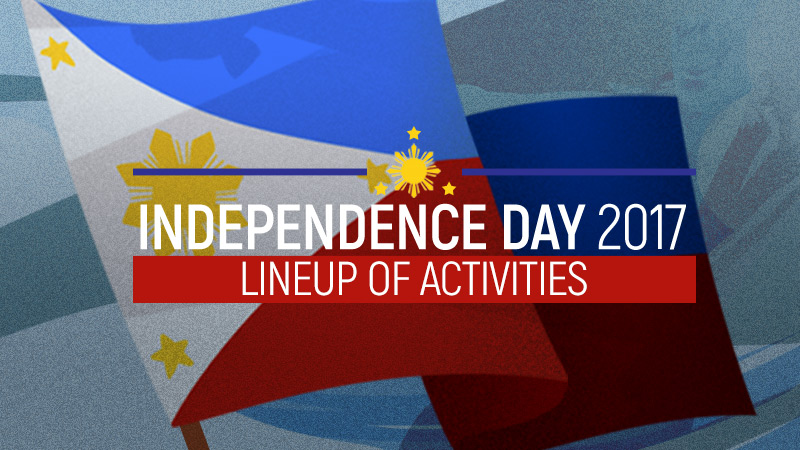 MANILA, Philippines – Monday, June 12, will be the first time President Rodrigo Duterte will lead the commemoration of the country’s Independence Day.

Duterte will be attending the traditional Independence Day rites in Luneta where the shrine of national hero Jose Rizal is located. Vice President Leni Robredo is also expected to join him there.

Duterte was supposed to host a vin d’honneur at Malacañang Palace after the flag-raising at the Rizal Park. But the event has been cancelled. Instead, the President will “attend to matters pertaining to Mindanao,” said Presidential Spokesman Ernesto Abella.

Robredo, meanwhile, will deliver a speech at a forum titled Defend Democracy Summit at the School of Economics in the University of the Philippines (UP) Diliman.

Other government officials will also grace various celebrations across the country:

Meanwhile, here are the other activities set for Independence Day:

All national museums are open from 8 am to 5 pm

All National Museums are open this June 12, celebrating with the nation our 119th Independence Day… pic.twitter.com/ONNvVgkRxv