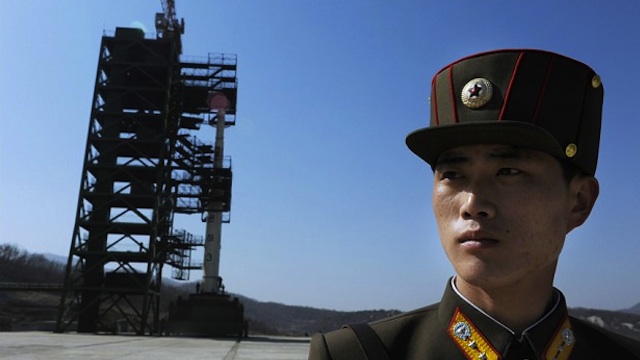 A rocket that North Korea plans to launch this December may land close to Philippine territory. The rocket is expected to launch between 8 am to 1 pm, Philippine time on a date between December 10 and 22. A memorandum from the North Korean embassy in London sent to the International Maritime Organization indicated a rocket path similar to that of the failed rocket launch in April. While the first stage of the rocket will drop near southwest of South Korea, the second stage is expected to drop near the eastern part of Cagayan Valley. The drop zone is east of the provinces of Cagayan, Isabela, Aurora, and north of Camarines Sur and Catanduanes. The US, along with its allies South Korea and Japan, have tagged the launch as a disguised ballistic missile test that violates resolutions of the United Nations.