Aguirre appeals to SC to bring Maute cases to Manila 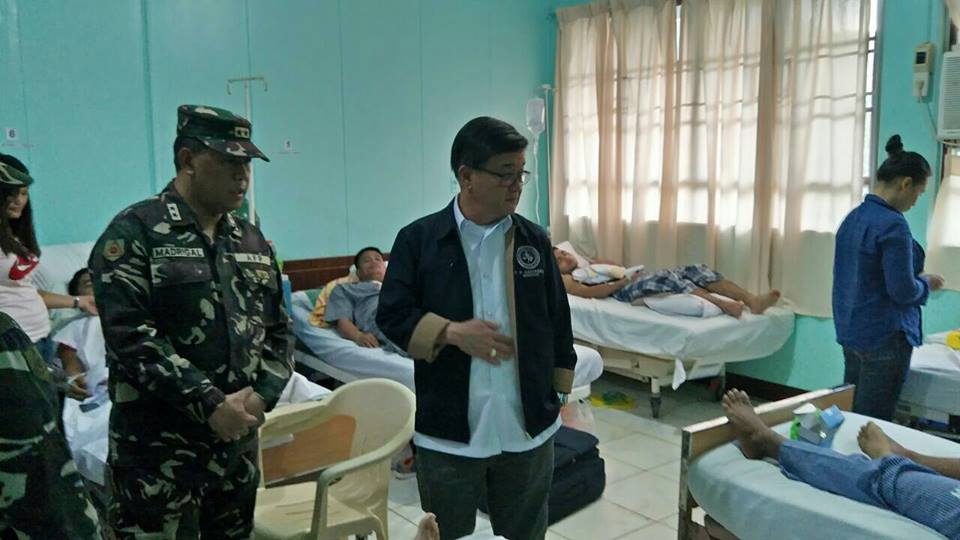 MANILA, Philippines – After going to Cagayan de Oro on Monday, June 12, for an ocular inspection, Justice Secretary Vitaliano Aguirre II decided to appeal to the Supreme Court (SC) to consider assigning Metro Manila as a venue for the prosecution and trial of cases against members of the Maute terror group.

“Secretary Aguirre will request to SC to reconsider earlier order and allow the transfer of the trial of the rebellion and other cases to Metro Manila due to security concerns and lack of adequate detention facilities,” the Department of Justice (DOJ) said in a statement on Monday.

Aguirre led a DOJ delegation to Cagayan De Oro on Monday to meet with the City Prosecutor’s Office to get an idea of how proceedings will go down. The SC had earlier designated Cagayan De Oro as the place of prosecution and trial of all cases connected to the Maute terror group’s siege of Marawi City.

SC’s decision went against Aguirre’s earlier wishes to designate courts in either Luzon or Visayas to handle Maute-related cases. A change in venue is allowed in the constitution to avoid miscarriage of justice.

The SC also earlier assigned the Fourth Infantry Division (4th ID) base in Cagayan De Oro, Camp Evangelista, as the detention location for those charged and will be charged for the siege.

Earlier on Monday, Aguirre sent a letter to Interior Undersecretary Catalino Cuy to request the assistance of the Bureau of Jail Management and Penology to provide manpower, food provisions and other related resources for the detained Maute members in Camp Evangelista.

In the letter, Aguirre said Camp Evangelista “lacks the necessary funds to provide for the daily needs i.e food, of the detained Maute members.”

Before the day ended, Justice Undersecretary Erickson Balmes said that Aguirre has decided based on his assessment that a military camp in Metro Manila “can better secure the respondents.”

Aguirre also visited at Camp Evangelista soldiers who were wounded by the firefights in Marawi, and assigned Undersecretary Reynante Orceo to facilitate the financial assistance to the soldiers by way of the Board of Claims.

“Secretary Aguirre also gave P50,000 from his personal funds to the Directress of the Camp Evangelista Station Hospital for the needs of the wounded and recuperating soldiers,” the DOJ said.

“We cannot thank our soldiers enough for their bravery and gallant acts in the defense of our people in Marawi City. This is the least we can do for them,” the DOJ quoted Aguirre as saying. – Rappler.com