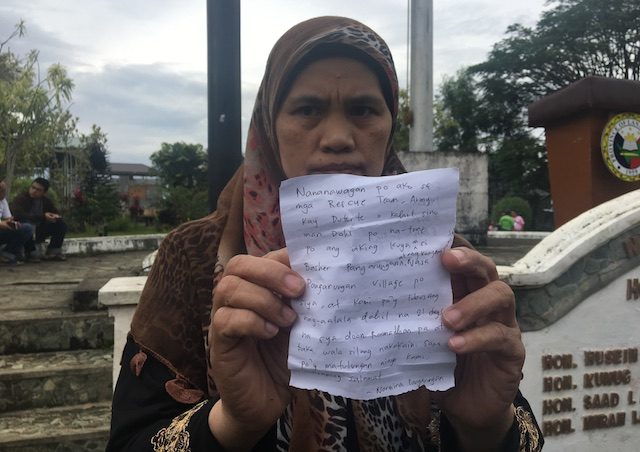 MARAWI CITY, Philippines – The city is slowly coming back to life even as the battle continues to rage inside 3 or 4 barangays, including its financial district Banggolo.

The city hall and the provincial capitol held simultaneous flag-raising ceremonies on Monday, June 12, to join the country’s commemoration of its 119th year of independence. It’s a symbol of defiance against local terrorist groups that sought to take over the city and establish an Islamic caliphate, according to the military. The military dropped bombs on enemy strongholds while the city tearfully sang the national anthem.

Local officials have also begun talks on reopening the Mindanao State University (MSU) and other schools.

But in the battle zone, the situation is dire.

Soldiers have taken the bridges going into Banggolo, the business district battered by the clashes, but enemy snipers and ongoing fighting continue to prevent the rescue of trapped civilians.

Trapped residents are feared to be dying of hunger.

The spokesman for the Crisis Management Committee, Zia Alonto Adiong, said he got a report that a child died of hunger. “I was approached by a police officer. He told me that one of his friends received a text message that there is a family in Raya Madaya with his Christian employees. Apparently, the kid already died of hunger and the family started eating their blankets,” Adiong said on Monday.

The report has yet to be validated but residents who escaped the combat zone spoke of braving terrorist snipers because of fear they would die of hunger.

This was the situation of 81-year-old retired judge Amer Pundogar who was rescued from his home in Barangay Lilod Bless on June 8. A nurse at the clinic inside the capitol told Rappler that Pundogar was found extremely dehydrated and weak, apparently due to lack of food. 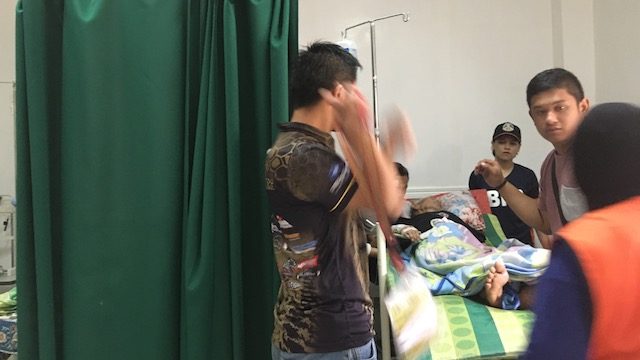 The military has been pressing forward, but admitted that the homegrown terrorists carry the advantage of knowing the terrain better.

On June 9, a total of 13 Marines were killed when they pressed forward. While they were conducting combat clearing operations, terrorists were able to get near, set the troops’ position ablaze, and exploded mortar rounds.

‘Die inside or die getting out’

Adiong has encouraged trapped residents who still have access to information to try to walk towards the bridges where the soldiers are positioned.

Adiong said he knows the risks but it may be the only recourse left as the military has stopped humanitarian workers from crossing the dangerous bridges.

“Either they die inside the house or they die trying to get out,” he said. On Sunday, June 11, efforts for the “peace corridor” guided 4 trapped residents out of the combat zone. But they lost touch with 10 others. On Monday, at least 5 more villagers were able to get out.

Distress calls are rarer now, possibly because the batteries have run out.

The retrieval of dead bodies on the streets is another problem that the local government has yet to deal with.

“There are dead bodies lying on the ground. Some of the dead bodies are already in the advance stage of decomposition. We get a lot of these testimonies from the witnesses, the people we rescued,” said Adiong.

It’s Day 22 of the Marawi crisis on Tuesday, June 13. The local government has not yet been able to assess the full extent of the damage caused by the clashes.