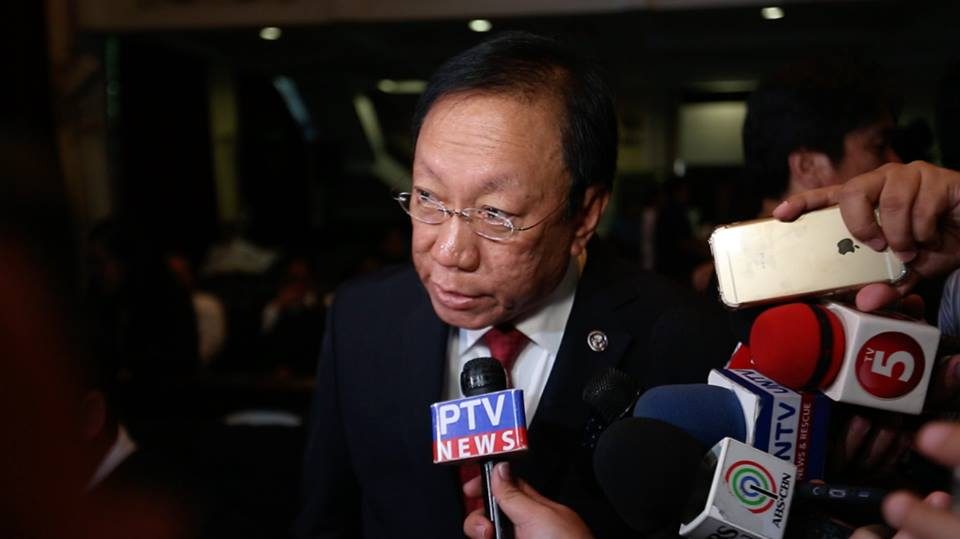 MANILA, Philippines – Solicitor General Jose Calida on Wednesday, June 14, insisted that the Amai Pakpak Medical Center (APMC) in Marawi City was occupied by Maute terrorists, even after the hospital chief himself said this never happened.

Calida maintained the government position as he prepared for the 2nd day of the Supreme Court (SC) oral arguments on petitions against President Rodrigo Duterte’s martial law declation in Mindanao.

“It’s a matter of semantics. The fact is they were there, there were firefights around the hospital, the rampage was already ongoing, so who are we to debate with semantics? I can use other verbs if you want,” Calida said.  (READ: Nullify martial law? Your guide to the SC oral arguments)

APMC head Amer Saber and Health Secretary Paulyn Ubial had both said that what happened in the hospital was neither a takeover nor an occupation of the facility, since the Maute terrorists asked permission from hospital officials to let them bring in a wounded member for treatment. (READ: Calida: Pointless to question martial law by using news reports)

The petitioners used the official denial to point out loopholes in Duterte’s martial law report submitted to Congress, which Calida reiterated in his consolidated comment submitted to the SC.

During the first day of the oral arguments, the petitioners repeatedly called the claims in the report as either “inaccurate” or totally “false.”

To this, Calida said: “They’re also fabricating fake news because actually the rebels went inside that hospital and there were firefights and probably they’re wounded and they sought medical attention. So it’s not totally correct, [that] if there’s a little lie in your statement, that’s actually a lie.” (READ: SC’s Bersamin says trust Duterte on martial law)

There was some tension when Calida was asked to respond to an earlier remark of former party-list representative Neri Colmenares that the Solicitor General was “inventing” facts along the way to justify the martial law declaration.

Colmenares pointed out to Rappler that in the annex of Calida’s consolidated comment, Calida cited “significant atrocities in Mindanao prior to [the] Marawi incident” which include those involving communist rebels.

While the annex does not indicate that communist rebels are targets of martial law, or precursors to the declaration of martial law, Colmenares said their inclusion in the annex means it’s a justification for Proclamation 216.

It was in this context that Colmenares said in an interview on Aksyon early Wednesday that Calida was inventing reasons for the imposition of martial law.

Responding to Colmenares’ claim, an agitated Calida said: “Why don’t you call him? We were talking earlier, he was talking friendly with me. He should say that [to] my face. ‘Hey, why don’t you come here, Neric?’ See, he’s a coward, I’m not an inventor of facts; I’m a lawyer.”

Colmenares was nearby but not close enough to hear Calida due to the noise in the room and the swarm of reporters and cameramen.

Calida added that all petitioners should go to Marawi to find out the truth on the ground.

(Well, actually, that’s our question. Does the SC need to go to Marawi to decide on this? President Duterte was in Russia when he signed the proclamation.) – Rappler.com