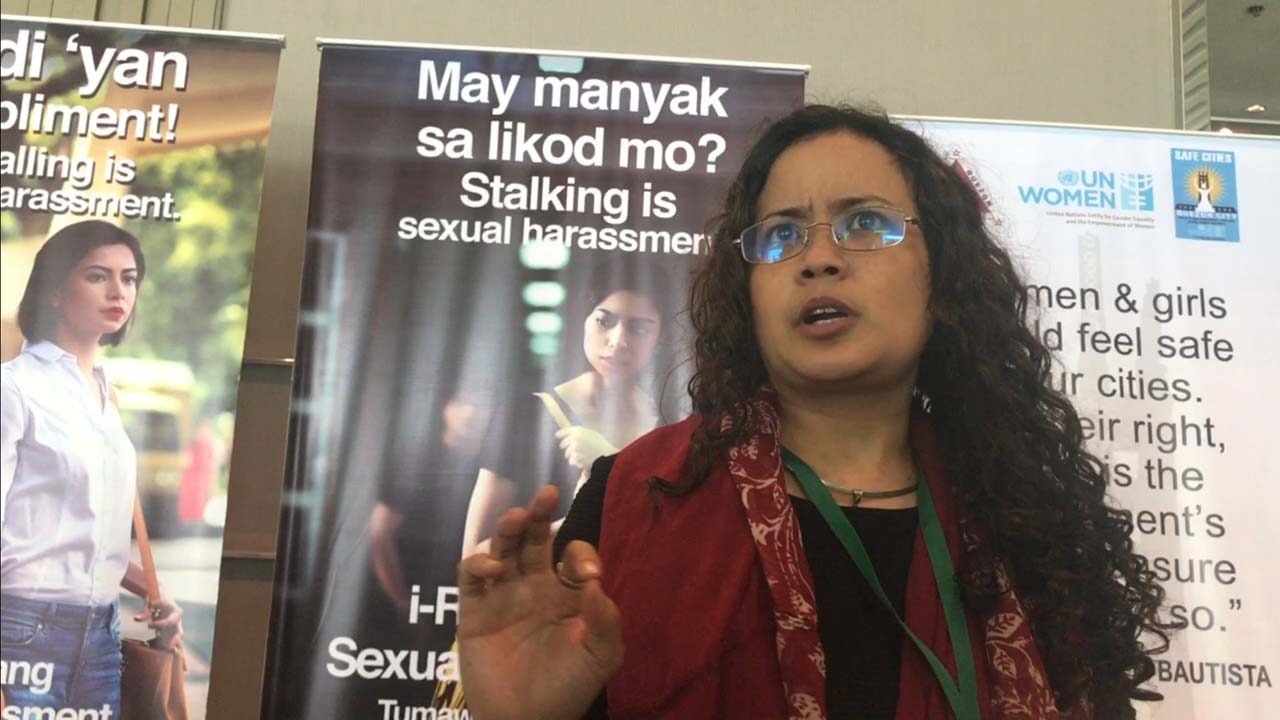 MANILA, Philippines – Local governments hold the key to ending sexual harassment in the Philippines, an expert on women empowerment said on Thursday, June 15.

Katherine Belen, Safe Cities Global Initiative Technical Consultant of the United Nation Entity for Gender Equality and the Empowerment of Women (UN Women) Asia-Pacific division, made the statement at the Safe Cities Metro Manila conference on Thursday, where she urged LGUs to enforce ordinances that prohibit sexual harassment in public spaces.

Belen noted that there is no law penalizing sexual harassment in public spaces.

She said the Anti-Sexual Harassment Act of 1995 only covers work-related and school-related harassment. The law does not cover harassment committed in public spaces, where women are subjected to wolf-whistling and catcalling, among other forms of harassment. (READ: The many faces of sexual harassment in PH)

“That is where local government units come in,” Belen said, and cited Quezon City as a model.

Quezon City is the first LGU in the country that prohibited sexual harassment in public spaces through their Anti-Catcalling Ordinance enforced in May 2016. 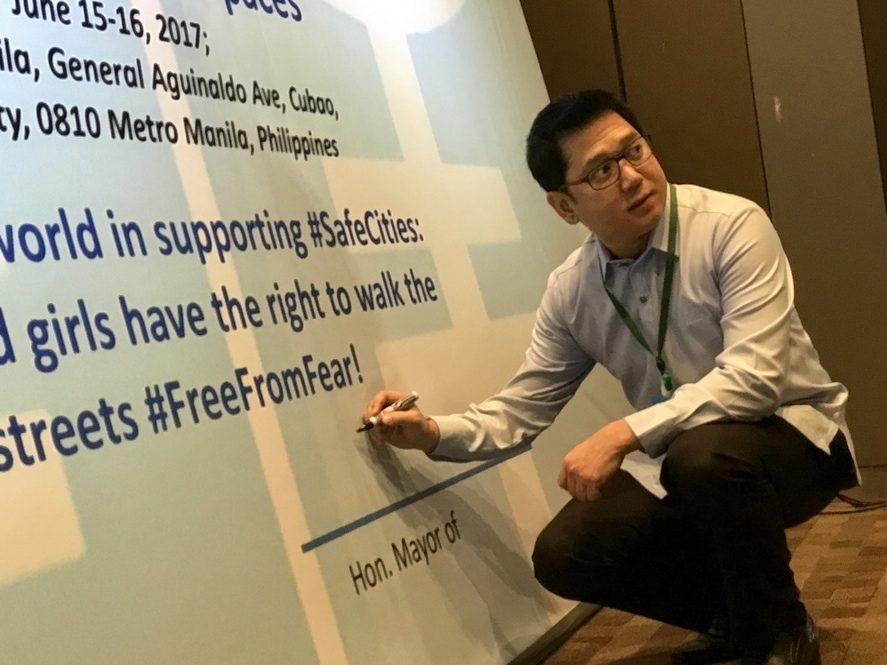 Quezon City Mayor Herbert Bautista was the only mayor who attended the conference. He volunteered to provide guidance to all Metro Manila mayors  in crafting their own laws against sexual harassment in public places.

Bautista is also the metro’s peace and order chief allowing him to oversee the development of each city’s legislation.

He said he planned to approach the “campaign” by dividing the National Capital Region into 4 areas so that consultations can be done fast and findings can be aggregated easily.

Bautista said his ultimate goal is to have a “common ordinance” enforced throughout Metro Manila.

In the case of Quezon City, the mayor said there is still a need to inform female residents that they can file complaints against harassers. He noted that In the first year of implementation of the city ordinance, they received only 12 complaints, and of this number,  only two were brought to court.

During the conference, Senator Risa Hontiveros urged the public to remain vigilant in calling out people who condone sexual violence, especially those holding public office.

“We combat it (sexual harassment) by calling it out at every instance sa mga ka-trabaho at sa mga kasamang lalaki (to our workmates and male friends),” she said. “‘Wag po tayong patatakot sa ganitong klaseng sexism at misogyny (Let us not fear this kind of sexism and misogyny).”

To strengthen the fight against sexual harassment, Hontiveros filed Senate Bill Number 1326 or the Safe Spaces and Public Spaces Act of 2017 which aims to penalize stalking, wolf whistling, and catcalling.

Hontiveros said, however, that her bill still does not have a counterpart version in the House of Representatives.

The conference is under the UN Women Safe Cities and Safe Public Spaces flagship initiative which aims to help create policies worldwide that promote safety in public spaces.  – Rappler.com