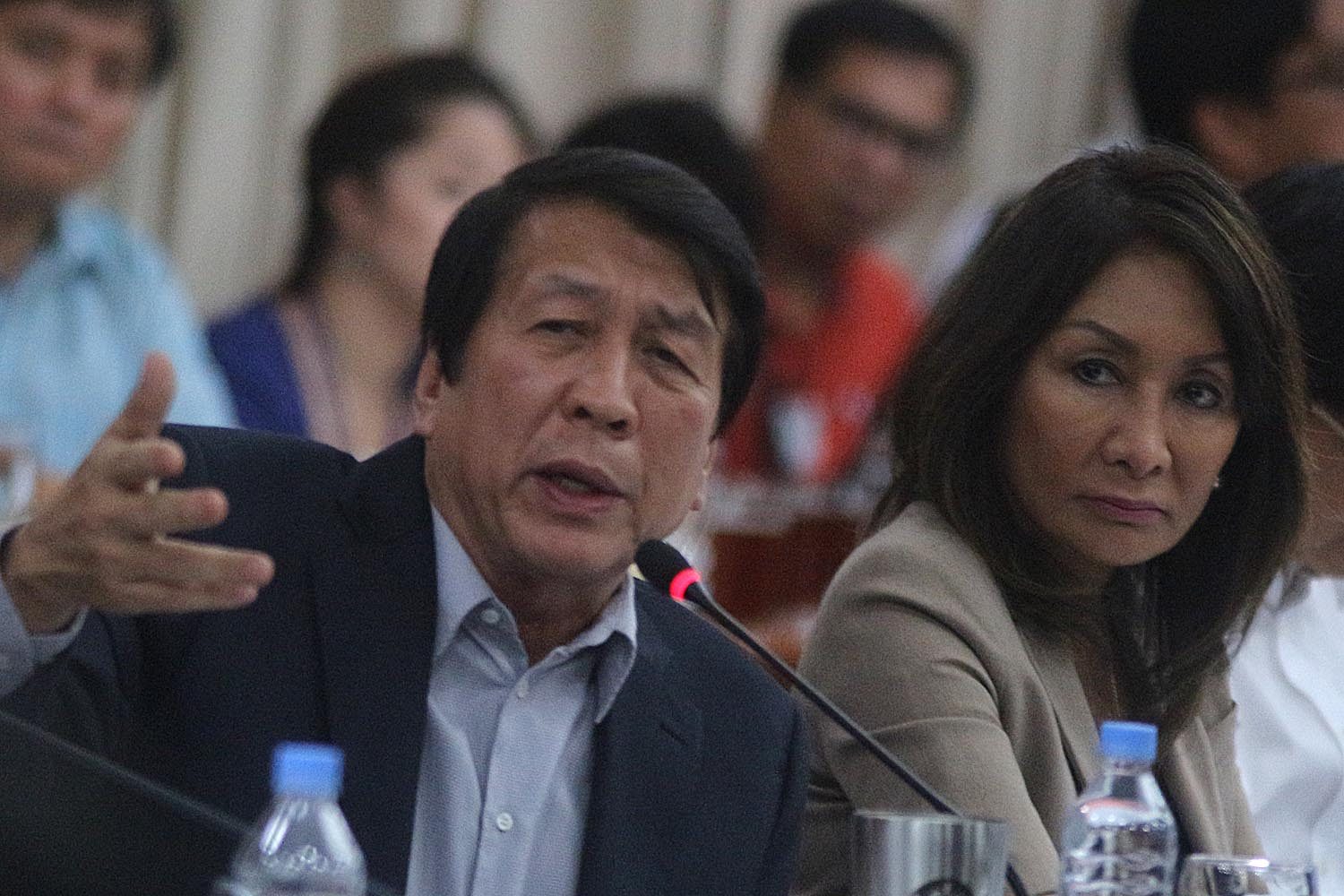 Facebook Twitter Copy URL
Copied
Asked whether he was referring to Ilocos Norte Governor Imee Marcos, Majority Leader Rodolfo Fariñas says, 'Your guess is as good as mine, maybe even better'

MANILA, Philippines – Majority Leader Rodolfo Fariñas claimed that the “mastermind” of the Ilocos Norte officials detained at the House of Representatives is stopping them from testifying on the alleged misuse of P66.45 million worth of provincial tobacco funds.

Fariñas made the statement on Thursday evening, June 15, hours after former senator Ferdinand “Bongbong” Marcos Jr visited 6 Ilocos Norte officials who were cited in contempt and detained by the House committee on good government and public accountability on May 29. (READ: ‘Cruel’ for House to still detain Ilocos Norte officials – Bongbong Marcos)

The officials had secured a ruling from the Court of Appeals Special 4th Division ordering their provisional release, but the House  has refused to implement it as of posting time. (READ: Alvarez calls CA justices ‘idiots’ over detention case of Ilocos Norte officials)

“As expected, their mastermind is doing everything to keep them from talking. If the transactions were legal as claimed by Governor Imee Marcos in her letter to the committee, she could easily bring the suppliers of those vehicles to attest to their legality,” said Fariñas, Ilocos Norte 1st District Representative.

“She and the 6 detained officials could most certainly show documents, even not the originals, to show that the transactions were legal. Yet, they’ve chosen to be held in contempt and be detained this long,” he added.

Asked whether the “mastermind” he referred to was Governor Marcos, he said, “Your guess is as good as mine, maybe even better.”

The House has detained  the following Ilocos Norte officials House since May 29, following their unsatisfactory answers during a committee investigation into the province’s use of its excise tax on tobacco:

The panel had also subpoenaed Governor Marcos to appear in the next hearing on July.

At the May 29 hearing, Fariñas presented copies of documents bearing the signatures of the said officials that were used to buy the vehicles.

All 6 Ilocos Norte officials, however, had the same line – they could not remember the purchases given the many transactions they had processed. They refused to comment on the documents and asked the committee to show them the original copies.

Fariñas then said the local government officials were being “dismissive” and the committee granted his motion to detain them at the House Legislative Building until they properly testify.

The law on House’s side?

Fariñas, a lawyer, said the law allows the House to confront resource persons in committee hearings with copies of original document, even before a court of law.

The Majority Leader said the House may even ask handwriting experts from the National Bureau of Investigation to verify the signatures on the copies of the documents concerned.

According to Fariñas, the 6 Ilocos Norte officials will only be released once they tell the truth.

“Persons held in contempt and detained for contumacious acts are a special class of detainees as they hold the key to their own cells. Their freedom is in their hands. They will be freed by purging the cause of their contempt, that is, by telling the truth as they have sworn to,” he said.

The 6 Ilocos Norte officials are caught in the middle of a political feud between the Marcoses and Fariñas, whom they once worked for when Fariñas was Ilocos Norte governor.

Since 1998, the Fariñas and Marcos families have either been allies or rivals in Ilocos Norte after the Marcoses returned to the province in 1989, following the death of the strongman Ferdinand Marcos while in exile in Hawaii.