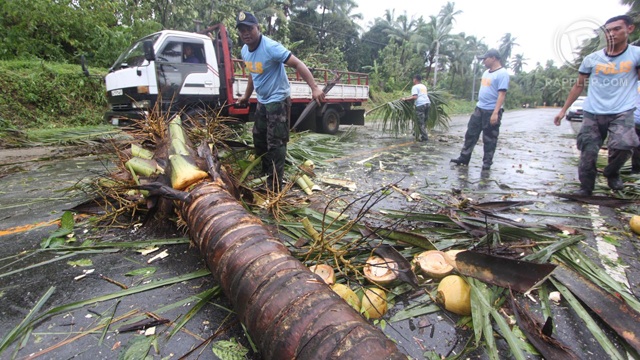 Typhoon Pablo claimed at least 325 lives as it slammed into eastern Mindanao and the Visayas on Tuesday, December 4. More than 56,000 were also forced to flee their homes in fear of the worst storm to hit the Philippines this year. The National Disaster Risk Reduction and Management Council kept its own count at 4 fatalities as of 6 pm of Tuesday. At least 20 villages in Sultan Kudarat in Maguindanao were submerged under water. PAGASA said the typhoon has weakened slightly as it advanced over the Sulu Sea towards northern Palawan. It is expected to be outside the Philippine area of responsibility on Thursday morning.