Not sure which streets are safe? This app will guide you MANILA, Philippines — No matter how developed Metro Manila cities are, some streets continue to be sites of crime and violence, especially at night.

Now there’s an application to help Metro Manila residents, especially women, to keep safe when walking the streets of the capital region: Safetipin.

Safetipin is an India-based application which works by asking users for a “safety audit.” This involves taking photographs of blocks they pass by and rating how safe they feel: from 1 (poor in safety perception) to 5 (excellent).

The app then aggregates all safety audits gathered from all users to produce a “safety score” that is patched to a map accessible to other users. (READ: The streets that haunt Filipino women)

According to co-creator Kalpana Viswanath, the app was developed to reduce the risk of women being sexually harassed in public spaces.

With the safety scores readily available, users can see which areas have a better safety perception than others and make smarter decisions on which streets to take.

The safety score can be broken down to 9 factors: lighting, openness to see in all directions, visibility from people inside buildings, crowd density, security, walk path quality, transport availability, gender diversity in the space, and feeling of security.

The first 8 come from codifying the submitted photographs and the last comes from the rating given by users.

The app goes beyond awareness, as it shares data to partner cities for urban development.

In the case of New Delhi, Viswanath said that they reported around 8,400 areas that lack lighting at night in 2015. By the first quarter of 2017, Viswanath said, the city had illuminated more than 6,000 of these areas.

The app was pitched at the Metro Manila Mayors summit where representatives from the 17 local government units of the metro discussed how to end the problem of sexual harassment in public spaces.

Quezon City has been in partnership with the app developers since 2016, and has already invested at least P500,000 for the project according to Dominic Mananghaya, Quezon City Safe Cities project coordinator. Mananghaya, who coordinates directly with Viswanath, said that the app has already made an impact on the direction of urban planning of the country’s most populated city.

Thanks to Safetipin, he said, they were able to spot which public spaces are used most and from there, which are perceived to be least safe.

In response to the data they gathered with Safetipin, he said they already added approximately 6,000 light sources, and renovated dozens of “dilapidated waiting sheds” from the center to the outskirts of the city.

Mananghaya stressed the importance of lighting in safety, not just in terms of perception, as most crimes are committed in dim places.

While Quezon City already has a headstart, Mananghaya admitted that the city has a long way to go in their plan to eradicate sexual harassment through use of an app.

Mananghaya said that the app is not yet widely publicized. He urged citizens to use the app as most of their data come from their partnership with Uber and Grab.

With this, they are left with data generated primarily by men driving a car through Metro Manila streets, not women walking along pavements and enclosed alleys.

Another issue is that the correlation of safety perception to actual safety has not been established. Mananghaya said that they are yet to match the crime data of the city to the data collected through Safetipin.

Mananghaya also said Quezon City will learn from these challenges in using the app and promised to “mentor” other metro cities that also plan to partner with the app. 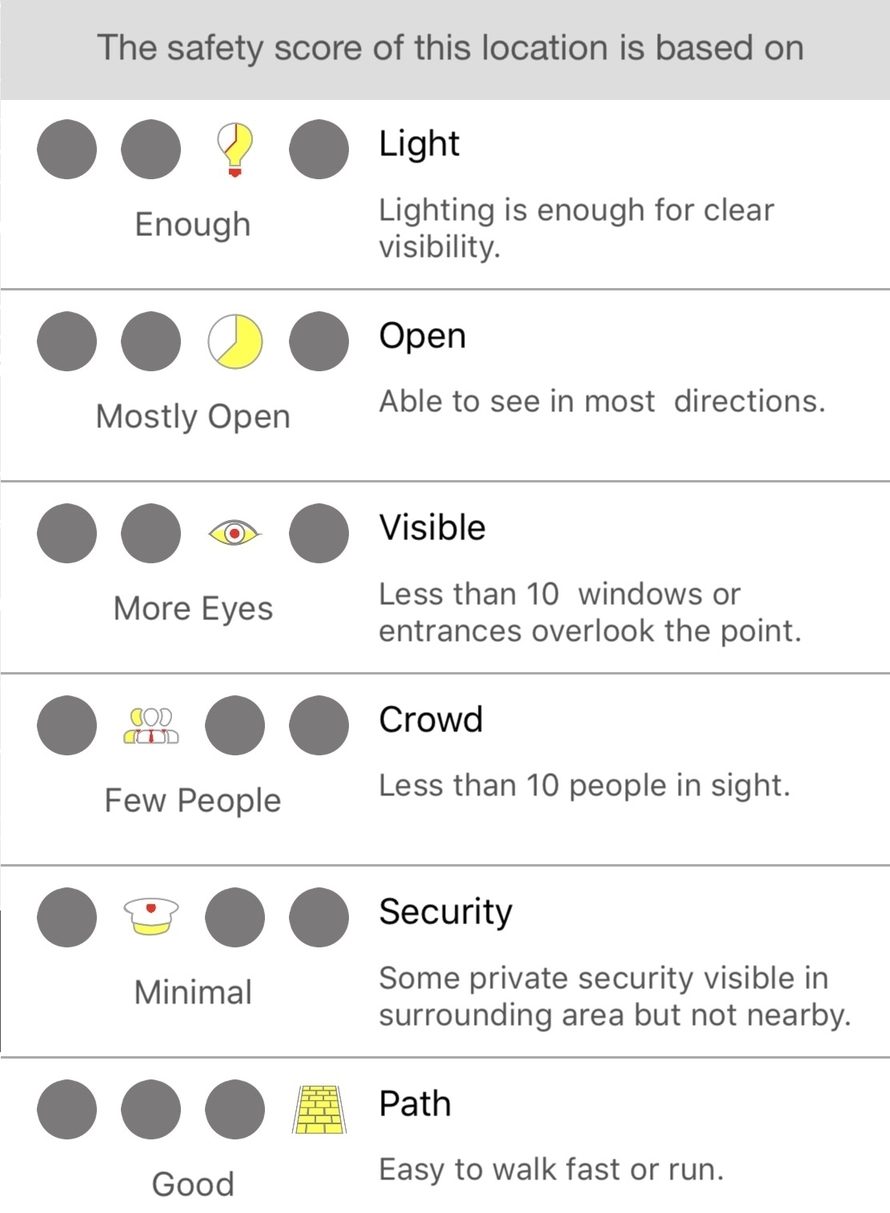 Certainly, apps are only as effective as the policies that the cities make and their enforcement in response to the data.

At the national level, there are a few laws that prohibit sexual harassment, but none against sexual harassment in public spaces. While there is a bill in Senate, the House of Representatives has yet to step up. (READ: Catcalling: The hidden threat and prejudice)

Given an inadequate national legislation, United Nations Women consultant Katherine Belen urged local governments to step up in the fight to make all public spaces safer.

Belen also stressed that Quezon City cannot step up alone, as local governments are highly connected with each other. (READ: LGUs hold key to ending sexual harassment in PH)

“It doesn’t mean that if you have improved lighting or pavements, it only benefits women walking there. It benefits both men and women. It benefits young people, it benefits old [people]. So making your city safer for women is making it safer for all,” she added – Rappler.com