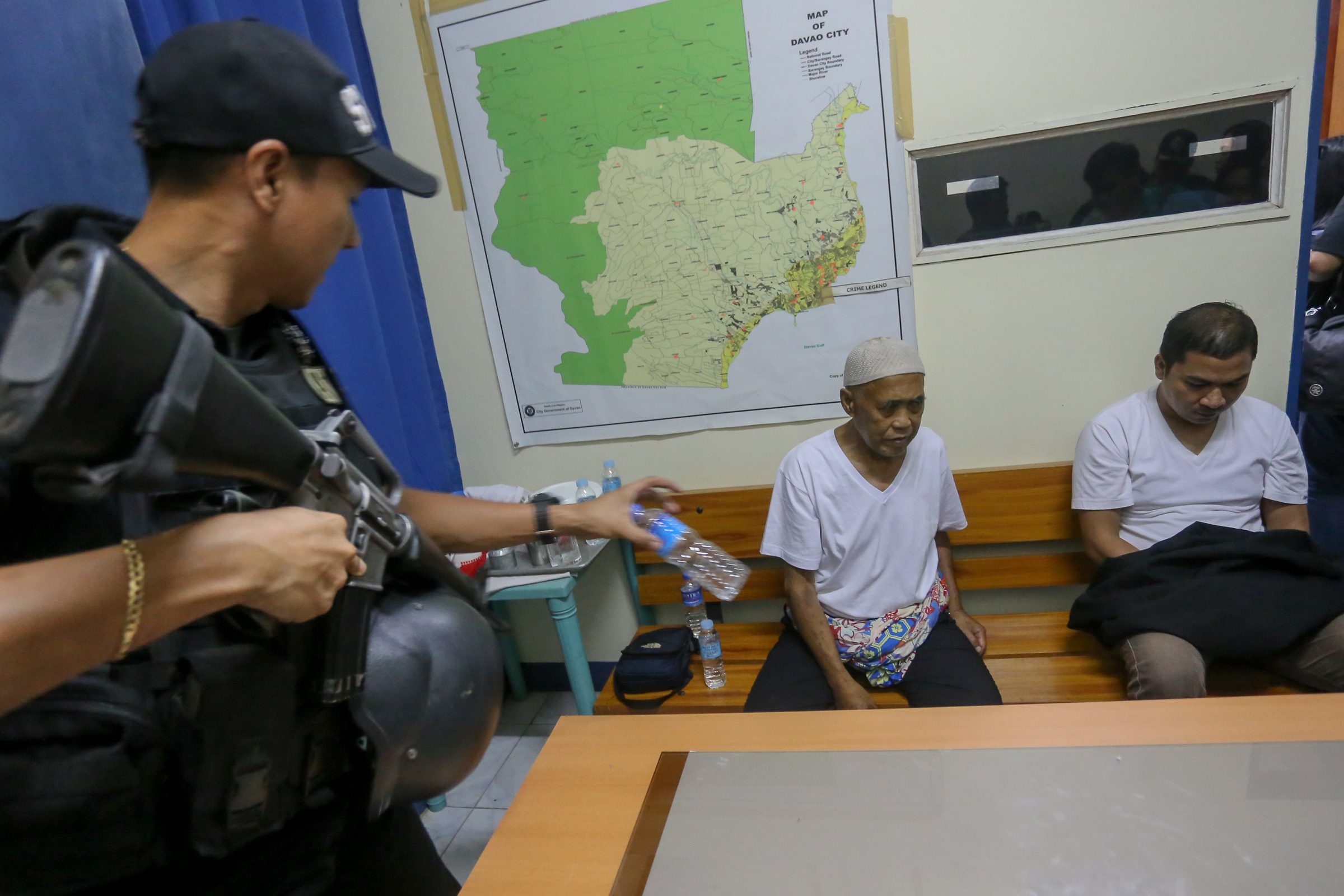 LAGUNA, Philippines – Amid opposition against martial law and concern over its possible abuse, Philippine National Police (PNP) chief Director General Ronald dela Rosa said military rule is to thank for the successive arrests of personalities tied to the Maute Group.

The PNP chief explained that in the past, it was difficult to “build up” a case and secure a warrant against known members of the Maute Group – before these terrorists “openly committed rebellion.”

(Now, it’s so easy to get an arrest warrant against Maute Group members because we have basis under martial law. It’s so easy to do that now. Martial law really helps.)

Dela Rosa was asked about the successive arrests of Maute Group members – the clan patriarch, matriarch, and other relatives of the group’s founders – the past two weeks.

The parents of the Maute Group’s founders Abdullah and Omar Maute were caught in separate checkpoints in the island of Mindanao, which is currently under martial law. Several of the group’s fighters were also caught in checkpoints and even an Iloilo City port. (READ: I met a former Maute soldier. He’s a child.)

President Rodrigo Duterte imposed military rule in Mindanao on May 23 after the Maute and Abu Sayyaf groups – who both pledged allegiance to the Islamic State (ISIS) – attempted to take over Marawi City. Military and police are still trying to flush out terrorists from Marawi.

“Ngayon na meron nang [martial law] (Now that we have martial law) we are emboldened, we are empowered, and we are more motivated to go after them,” Dela Rosa said.

The Maute clan’s patriarch and matriarch are currently detained at Camp Bagong Diwa in Taguig City, which is more “secure” than keeping them in Mindanao, said the PNP chief.

(They have a lot of relatives in Mindanao. Here in Metro Manila, they’ll have a hard time looking for support.)

Dela Rosa added that aside from reducing the forces of fighters in the area, the arrest of key Maute Group members means “cutting” off the terror group’s support system.