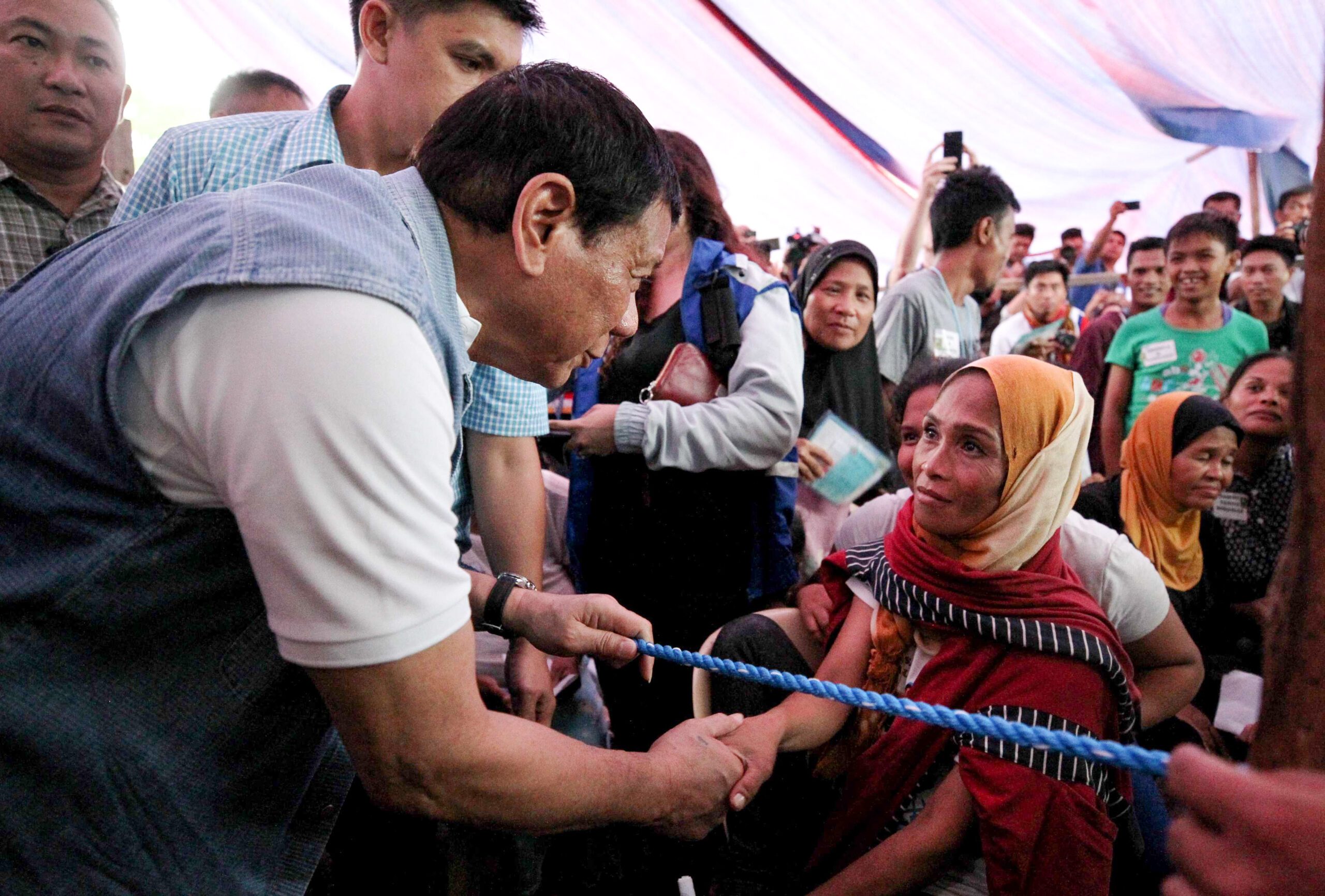 ILIGAN CITY, Philippines – President Rodrigo Duterte on Tuesday, June 20, led the distribution of aid to some of the families who fled the fighting in Marawi City.

In his speech to the evacuees, Duterte apologized for the conflict in Marawi City and his having to declare martial law, saying that he had no choice.

“Sana sa madaling panahon you will find a new heart to forgive my soldiers, ang gobyerno, pati ako, for declaring martial law. Wala akong choice eh. Sinisira na ang Marawi. I have to drive them out,” he said, referring to the Maute Group which has been clashing with government forces since May 23.

(I hope you will find a new heart to forgive my soldiers, the government, even me, for declaring martial law. I have no choice. They [Maute terrorists] are destroying Marawi. I have to drive them out.)

The ongoing clashes have led to more than 300 deaths. According to latest data released on Monday, June 19, there have been 62 deaths on the government side, while 26 civilians and 257 terrorists have been killed. (READ: Marawi battle zone: Urban warfare challenges PH military)

The President promised the evacuees help in rebuilding their lives.

(I will help you. Don’t worry. I will help you until relocation. And then, we will rehabilitate Marawi. It will become beautiful again.)

According to the Department of Social Welfare and Development (DSWD), there are 815 internally displaced persons (IDPs) in Iligan City living inside 5 evacuation camps: Maria Cristina (220), Buruun Gymnasium (55), Sta Elena Gymnasium (244), National School of Fisheries in Buruun (174), and Tibanga Gymnasium (122).

DSWD Field Office 10 Regional Director Nestor Ramos said the cash assistance can be used by Muslim IDPs to buy food for the eve of June 26, the end of Ramadan.

In the province of Lanao del Norte, there are 21,508 IDP families, with 2,433 families inside evacuation centers.

In Misamis Oriental, there are 2,583 IDP families, with 3 families staying in the lone evacuation center in Indahag, Cagayan de Oro City.

In Bukidnon, there are 343 home-based IDP families in the municipalities of Kalilangan, Valencia, Lantapan, Pangantucan, and Malaybalay.