Jun 21, 2017 9:54 PM PHT
Paterno Esmaquel II
Facebook Twitter Copy URL
Copied
Spreading fake news is 'a sin against charity,' the CBCP says in a historic pastoral letter, one of the first of its kind in the world 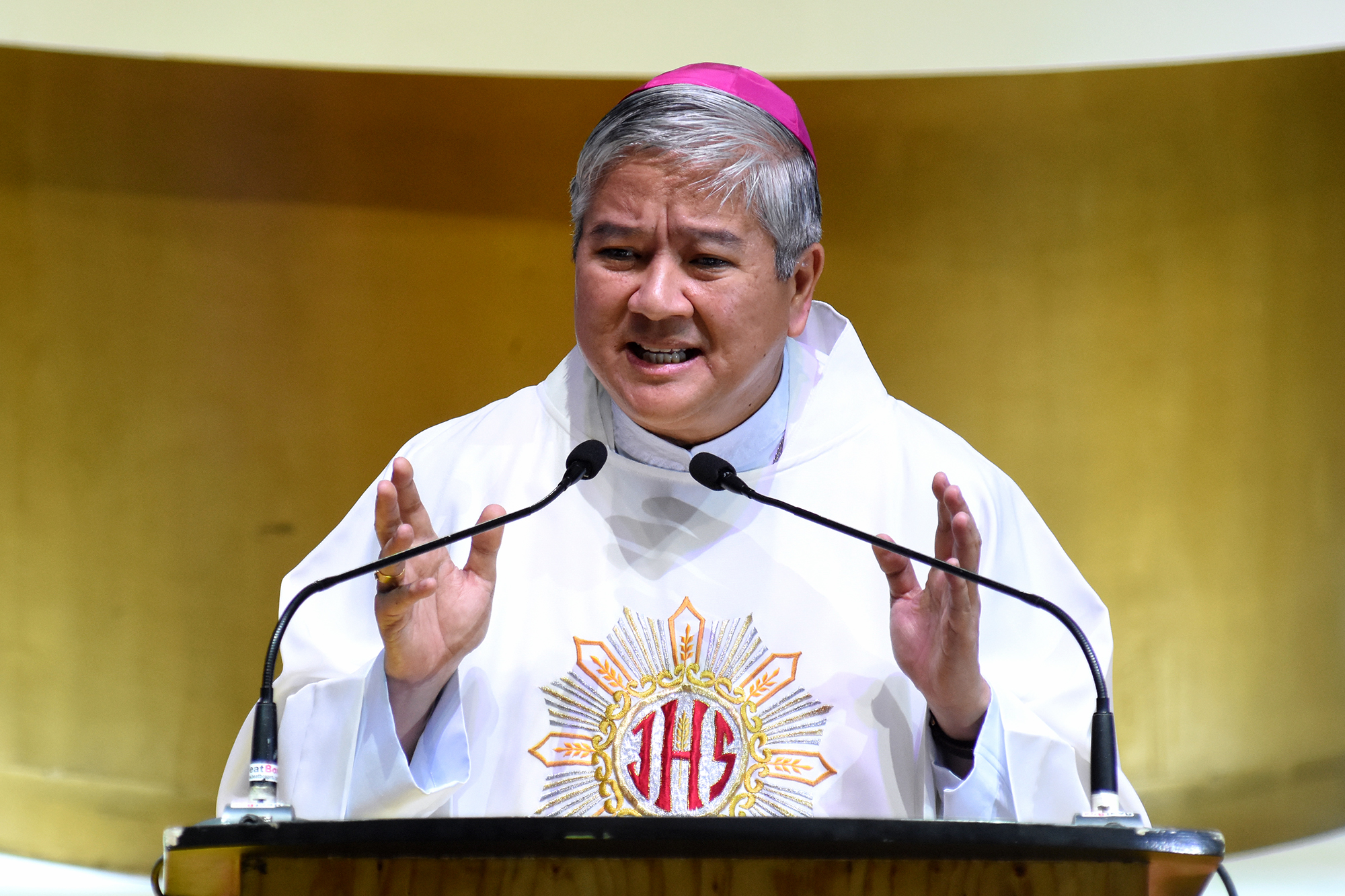 MANILA, Philippines – The Catholic Bishops’ Conference of the Philippines (CBCP) issued a historic pastoral letter Wednesday evening, June 21, urging Catholics to stop spreading fake news as it is “a sin against charity.”

In this pastoral letter, Villegas said on behalf of the CBCP, “Our Catholic faith obliges us”:

2.  “To rebut and refute falsehood whenever they are in possession of facts and of data”

3.  “To refuse to be themselves purveyors of fake news and to desist from disseminating this whether on social media or by word of mouth or through any other form of public expression”

4.  “To identify the sources of fake news so that our brothers and sisters may be duly alerted and may know which media and which sites to shun”

Referring to fake news, Villegas added: “Not only does this offend against the orientation of the human intellect to the truth.  It is, more fundamentally, a sin against charity because it hinders persons from making right and sound decisions and induces them, instead, to make faulty ones!”

The pastoral letter comes as opposing political camps in the Philippines use fake news to advance their agenda.

A number of officials and agencies of the Duterte administration, such as Communications Assistant Secretary Mocha Uson, have also been accused of spreading fake news. Uson and many pro-Duterte bloggers have also discredited legitimate journalists as “presstitutes.” (READ: Inside Martin Andanar’s man cave)

To tackle this problem, Rappler published a 3-part series on fake news and trolls who spread propaganda on social media:

The CBCP’s pastoral letter on fake news is significant because the Catholic Church is a 2,000-year-old institution often seen as slow to adapt to modern technology.

Coming from the so-called social media capital of the world, the CBCP is one of the first bishops’ conferences to issue a pastoral letter against fake news. – Rappler.com