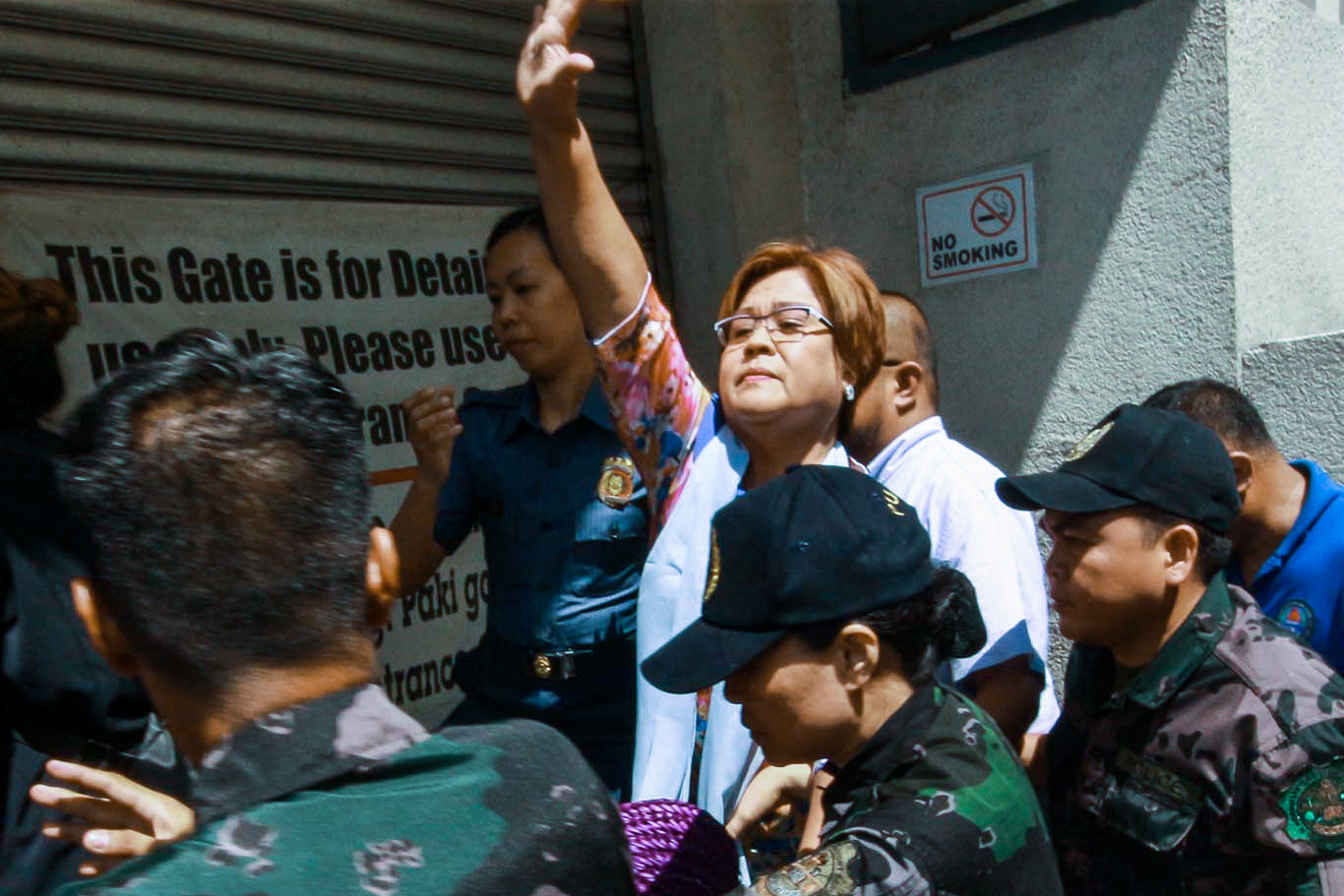 De Lima said in a statement on Sunday, June 25, that she would file a motion for reconsideration on the arrest warrant issued by Muntinlupa City Regional Trial Court (RTC) Branch 205.

The senator has been detained at Camp Crame since February for a separate drug case. (READ: TIMELINE: De Lima – from drug probe to arrest)

No less than President Rodrigo Duterte accused her of involvement in the illegal drug trade at the New Bilibid Prison (NBP) when she was justice secretary during the previous Aquino administration. (READ: De Lima in jail: ‘I never imagined Duterte would be this vindictive’)

This latest arrest warrant issued against De Lima stems from the allegation that De Lima and a certain Jose Adrian Dera had influence over high-profile inmate Peter Co. De Lima allegedly extorted money from Co through Dera in March 2016. (READ: EXPLAINER: What is Leila de Lima being accused of?)

On Sunday, the senator said: “My accusers say that Mr Jose Adrian Dera alias Jad Dera is a nephew and an aide of mine. I do not know him at all. Dera himself already denied any relationship or connection to me whatsoever.”

Shortly before De Lima’s arrest last February, the Department of Justice (DOJ) had dropped drug charges against Co and other NBP inmates Herbert Colanggo, Engelbert Durano, Vicente Sy, and Jojo Baligad, so they could be state witnesses against the senator.

De Lima and her allies have questioned the credibility of these inmates as witnesses.

The senator on Sunday insisted the inmates were merely coerced to lie about her.

“I continue to have faith in the judiciary. In the process of the prosecution of my cases, I am optimistic that the handling judges will more and more realize the unreliability of the witnesses against me, as well as the incredibility of their stories,” De Lima said.

“In the end, all of these so-called witnesses will be proven to have been lying all along, or have simply been threatened to falsely testify against me. The truth will still come out in the end.” (READ: De Lima to Duterte, ‘blind’ followers in drug war: Your time will come) – Rappler.com