Drug addiction is a health problem. Somebody please tell the President. Facebook Twitter Copy URL
Copied
President Rodrigo Duterte says shabu addicts can no longer be rehabilitated – an 'understanding that other countries had in the 1970s,' says a psychologist

MANILA, Philippines – Five days before his inauguration in June 2016, then President-elect Rodrigo Duterte said he would have drug addicts killed “if I couldn’t convince you to stop.”

“The problem is once you’re addicted to shabu, rehabilitation is no longer a viable option,” he said in an event in Cebu City.

The contradiction is that, while he considers drug addicts as beyond redemption, his administration is still building more treatment and rehabilitation centers (TRCs) to accommodate thousands of drug surrenderers needing residential services.

“Maybe, based on his experience, he really considers some cases as difficult to rehabilitate,” Health Secretary Paulyn Ubial told Rappler when asked about the President’s perspective. “But for us at the Department of Health (DOH), there is no such thing as a hopeless case.”

The President’s campaign against illegal drugs has no doubt put the spotlight on the problem of addiction in the Philippines, but it has not encouraged enough discussion on drug addiction as a health problem. In fact, his approach has put him squarely in contrast with how health practitioners think the problem should be approached.

The public health perspective is the big, missing element in the government’s campaign against drugs.

“I would say we’re about 20 to 30 years behind in our understanding of drug use,” Regina Hechanova, head of the Task Force on Drug Recovery of the Psychological Association of the Philippines (PAP), told Rappler.

She added: “The understanding that our government leaders has, that’s the understanding that other countries had in the 1970s. Maybe the attention to it has not been there, perhaps? Especially in a country like the Philippines where people are stigmatized, it’s not something that people talk about.”

Hechanova, also a psychology professor at the Ateneo de Manila University, says our understanding of drug use needs updating, especially in these crucial times.

Levels of drug use

Launched almost a year ago, the Duterte administration’s war on drugs has seen 1,306,389 drug surrenderers as of June 13, based on figures from the Philippine National Police (PNP).

Many officials have referred to these surrenderers needing rehabilitation as drug dependents, although under the government’s Drug Dependency Examination (DDE), a drug user is not automatically a drug dependent.

“The problem is, when you talk about users, we’re not really careful about our labels. We tend to think all users are addicts, and all addicts are criminals, when those are very different populations,” Hechanova said.

Based on the DDE, a drug user can either be an experimenter, a social recreational user, a habitual user, a drug abuser, or a drug dependent, depending on their level of drug use.

According to the Dangerous Drugs Board, those identified as drug abusers and drug dependents can be admitted to residential TRCs. Experimenters, a social recreational users, and habitual users can be treated in out-patient centers or community-based ones. Weiler said a range of substances, when used, can modify behaviors “so that people continue to use the substance even though there are negative consequences of that substance use.”

So while at first, a drug user might feel they can still control themselves when they use a substance, Weiler said that, over time, the urge to use it “would be bigger than the ability to actually control the use.”

A drug dependent has developed tolerance if he or she has to consume more of the substance to achieve the same effect. Withdrawal, meanwhile, happens after the substance has been cleared from the body and the drug user experiences craving – a strong urge to consume again – or other symptoms, such as trembling and sweating.

“So, really, dependence is a complex issue. It develops over time in some people who consume substances and, as an effect, a person who’s got a dependency syndrome is really losing some of their own control over their own use,” Weiler told Rappler.

Fareda Fatima Flores of the Philippine Psychiatric Association (PPA) said drug dependence is the medical term for drug addiction, which is “more of a layman’s term.”

The newest edition of the Diagnostic and Statistical Manual of Mental Disorders uses another term: substance use disorder.

In talking about drug addiction, Flores discussed the dynamics of two parts of the brain: the limbic system, “where emotions and pleasure reside,” and the prefrontal cortex, which is “for logic and decision-making.”

“Experts before say the problem of drug addiction has to do with limbic system, because this is where pleasure is evoked, but lately, addiction experts say it’s not only the limbic system, but the prefrontal cortex,” Flores told Rappler.

Drug addiction is a disease because, according to Flores, the prefrontal cortex has a problem, and it can’t control the limbic system.

“That’s why the addicts, instead of… What are our basic needs? Food, shelter, clothing, family. When you’re already into addiction, all those don’t matter, and drugs will be number one. That’s why in recovery, you have to remove all pleasures associated to drugs, you have to remove it for the mean time because you’re training your prefrontal cortex again to be in control,” she said.

“So once a young person starts using drugs, they really have a hard time because they already tasted it, but the prefrontal cortex can’t control yet when it comes to decision-making and logic. That’s why young people should never be involved with drugs,” she added. 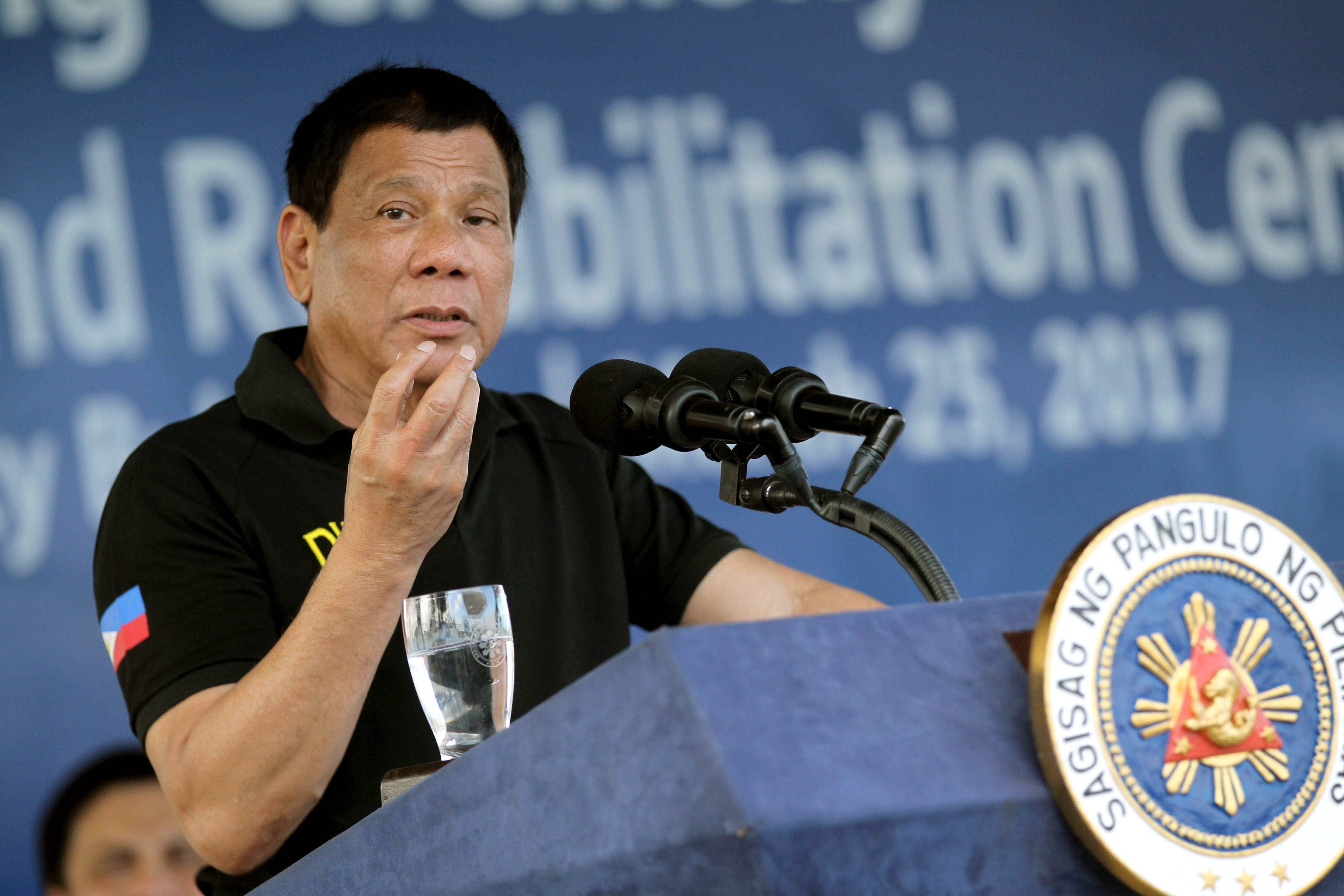 WHO’s Weiler said that, while drug dependence is a “chronic relapsing condition,” it is also a treatable one. He admitted, though, that treatment for drug dependents is “tricky” because “relapse in drug use is part of the condition.”

“It’s a chronic condition that the feature is, because of the strong urge to use substances, that the vast majority of people will take many different efforts to quit drug use, will relapse, and will then need treatment again, so people are coming in and out of treatment,” he explained.

But Weiler noted that drug dependents going through treatment once and being abstinent for the rest of their lives is the “exemption rather than the rule.”

“It’s not a one-off intervention, like a surgery that we can apply to people and then they will be cured. It’s more comparable to chronic treatment that we need to apply…just like people [with] hypertension who will need chronic attention from the medical system over many years, or people with diabetes.”

Weiler said relapse is not a desired result, but supporting and engaging a drug dependent who is going through treatment is helpful “so that, over time, rate of relapses will be reduced or the time of abstinence will be prolonged, or the severity of the relapse would be less-pronounced.”

Hechanova’s team develops evidence-based interventions for drug users going through community-based rehabilitation. She says implementors of rehabilitation programs should take a holistic approach, and take into consideration 4 perspectives in drug use: biological or chemical, environmental, existential, and psychological.

She said “you don’t really treat the person” when you only look at the problem from a biological or chemical perspective.

“For example, okay, given that you incarcerate them and you put them in jail, and effectively that detoxes them because you left the chemicals, but even if you let them go back out – and this is true also for people who are brought to hospitals for detox – if there’s no other intervention except for the chemical intervention, people still don’t understand why they use in the first place. More importantly, they don’t know how to stop or to help themselves,” she added. READ: What happens when police get basic understanding of drug addiction?

Only with a holistic approach, Hechanova said, can the Philippines catch up in addressing the country’s drug problem.

Flores and Hechanova agreed the country is behind in terms of research on drug addiction as a health problem.

“Actually, people are very much aware now about addiction. Maybe we need to be more scientific about it – studies and all. We lack the literature, that’s why we’re having a hard time coming up with a program,” Flores explained.

Hechanova said more resources have to be dedicated both to research and to equipping local governments with enough manpower to rehabilitate drug users at the community level.

According to Leo Trovel, director of the Department of the Interior and Local Government’s National Barangay Operations Office, more than 96,000 surrenderers are involved in community-based rehabilitation programs. Authorities expect this figure to increase because many local government units are still at the training stage for the program.

Meanwhile, below are figures of drug surrenderers admitted in the health department’s TRCs, as of May 2017:

Weiler noted that the DOH is “investing a lot of energy and resources into catching up as quickly as possible” toward developing a “more sophisticated” drug treatment system.

“Before there was reliance on the residential patient treatment – that was basically the main modality, almost the only modality of treatment that was officially available,” the WHO representative said.

He said that while it is “unlikely that in 6 years there will be no more drug use at all in the Philippines,” what can be achieved in the next 5 years is the development of that comprehensive drug treatment system.

“We’ve seen a lot of activities, we’ve seen at least from the health side, from the DOH side, really a lot of goodwill and engagement by DOH, and I think if that continues in that same manner, I think there can be a lot of progress [that] can be made in the next 6 years,” Weiler added. – Rappler.com