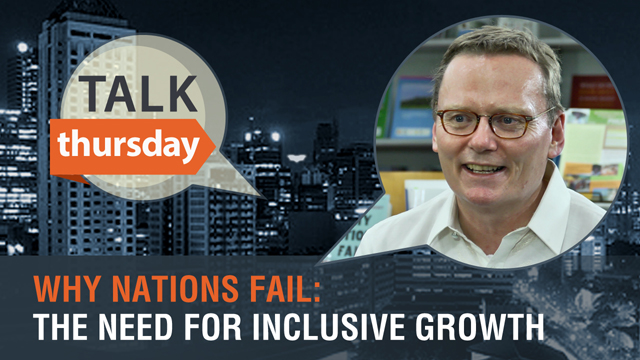 Politics matter.  For a nation to grow and provide for its people, institutions are key, says co-author and Harvard professor James Robinson in a conversation with Rappler’s Maria Ressa.  Politics needs to create political and economic institutions which go from being ‘extractive’ or fulfilling the needs of only those in power to ‘inclusive’- sharing the benefits of power with a wider majority.  We compare the Philippines to a stage of development similar to the United States at the age of Industrialization – when it dealt with Tammany Hall, massive corruption in government, the robber barons, the Mafia, sweatshops – and slowly evolved to devolve power to the people.  Robinson tells Filipinos, “the job was just half-done in 1986.  Now you have to go the whole way.”


Read and watch on Rappler.