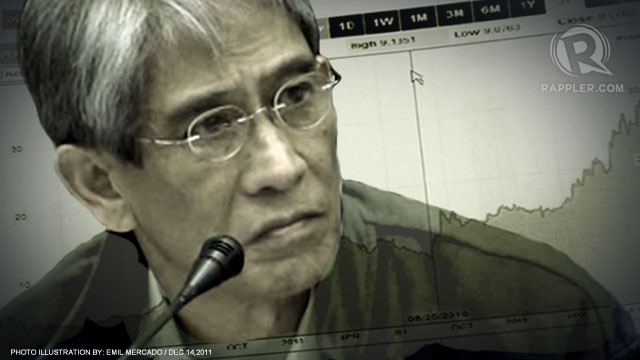 Much has been said about the Aquino administration’s campaign against corruption.  Analysts say it underpins the confidence which has buoyed the Philippines’ Q3 growth to 7.1%, second only to China in Asia.  Still, an annual Transparency International report places the Philippines at the bottom half – 105 out of 176 in this year’s Corruption Perceptions Index (CPI).  Officials are being held accountable – from former Chief Justice Renato Corona to 13 DBP officials sacked over P660 million loans to the Ongpin group.


Read more about Transparency International’s report on BusinessWorld and the sacked DBP officials on Rappler. Watch the talk with Grace Pulido-Tan, Chairperson of the Commission on Audit (COA), here.