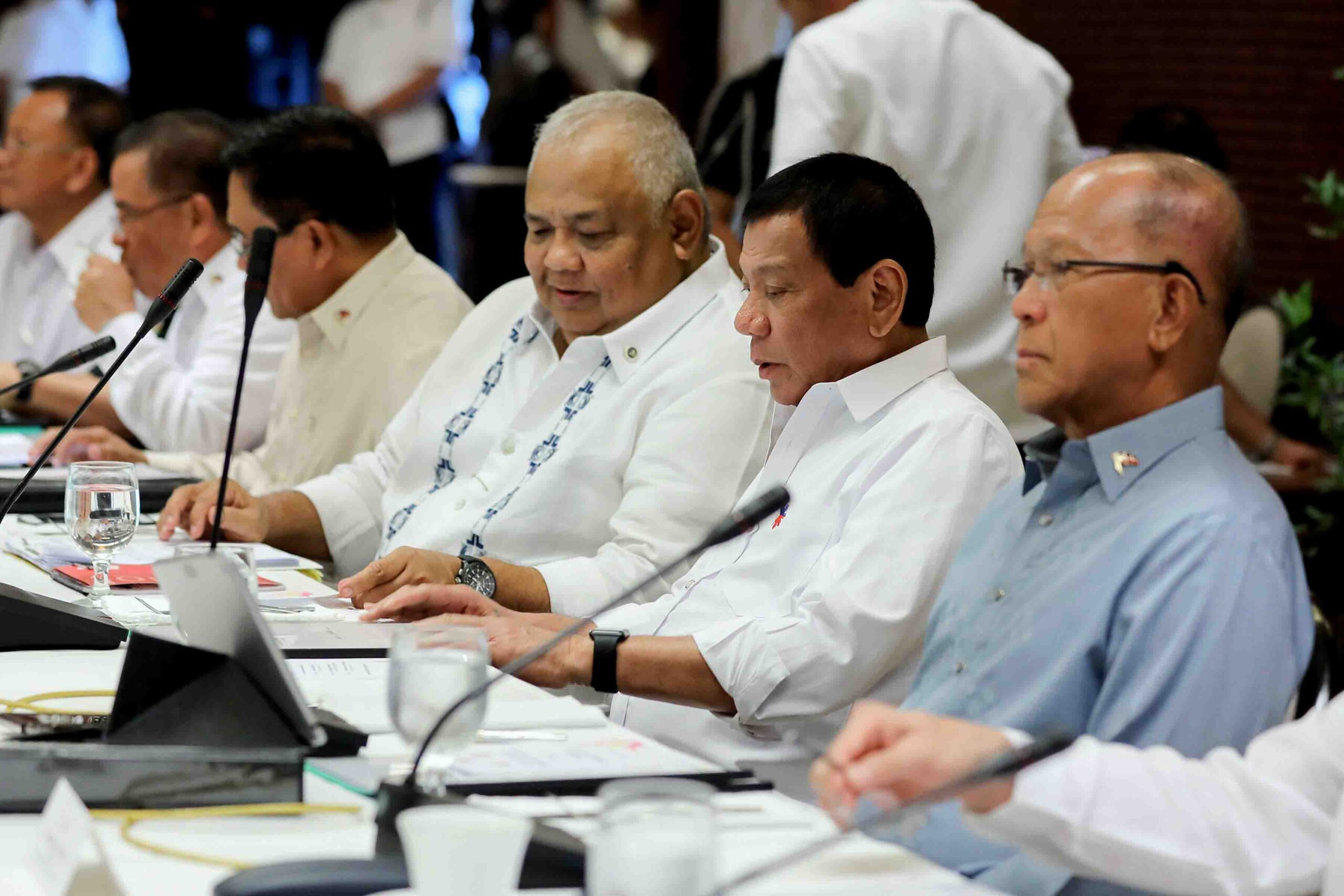 “I, for one, am very confident that [the] Supreme Court will rule on the legality of martial law,” said Lorenzana in a Palace briefing on Monday, July 3, the day before the High Court is expected to announce its decision on martial law. (READ: SUMMARY: SC oral arguments on martial law in Mindanao)

Lorenzana believes a favorable decision is forthcoming partly because he and Armed Forces of the Philippines (AFP) chief General Eduardo Año were able to answer the questions of justices about Duterte’s martial law proclamation.

“I and General Año briefed them with the Supreme Court en banc and their only issue was the factual basis, if there really is a basis and I think we have sufficiently or competently answered all their questions on the basis of martial law,” said the defense chief.

The President’s martial law declaration enters its 42nd day on Monday. Since the 1987 Constitution sets a maximum of 60 days for martial law, it will be lifted by July 22, two days before Duterte delivers his second State of the Nation Address.

If Duterte decides to seek an extension, he is required to get congressional approval.

Lorenzana said security officials are set to give their recommendation to Duterte on whether to lift martial law or extend it “soon.” (READ: Duterte: Only AFP, PNP can tell me to end martial law)

The recommendation of security officials will be based on Mindanao’s security situation and the capability of all terror groups in the southern island to carry out attacks. Lorenzana, in particular, cited the threat posed by the Bangsamoro Islamic Freedom Fighters (BIFF).

“We will look at…the capability of the enemy to launch more attacks, all, even BIFF. Let us not forget that BIFF is about more than 500 people who are armed. They can create trouble any time,” said the defense chief.

The information with Lorenzana now on the ongoing clashes in Marawi City do not give a comprehensive enough picture of the Mindanao security situation for him to say what his recommendation will be for Duterte, he said.

“We’ll wait for a couple of weeks more so we’ll see the real picture. We don’t have yet the necessary information to recommend the termination or not of martial law,” said Lorenzana.

Asked if he can give a timeline on when the public will see an end to the Marawi clashes, the defense chief declined, saying it would be of no use given how past deadlines were not met.

“Kasi ako, nasunog na ako tatlong beses (Me, I got burned 3 times). I gave deadlines 3 times, nakuryente na ako kaya ayaw ko na magsabi (but each time they were not met, so I don’t want to mention any more deadlines),” said Lorenzana.

Three days ago, however, Duterte himself said in a speech that he expects the fighting to be over in around a month or less.

Lorenzana pointed out the difficulty on the ground of giving deadlines.

“Really, if you put a timeline on this kind of problem, all the enemy has to do is hold out for a couple of days and your timeline is destroyed,” he told reporters.

Lorenzana said some of the reasons for why the Marawi clashes have lasted longer than expected is the wiliness and resourcefulness of the terrorists and the challenges posed by fighting in an urban area, which many Filipino soldiers “are not prepared for.”

“They are kind of learning as they go along, as they fight in this area,” he said. – Rappler.com