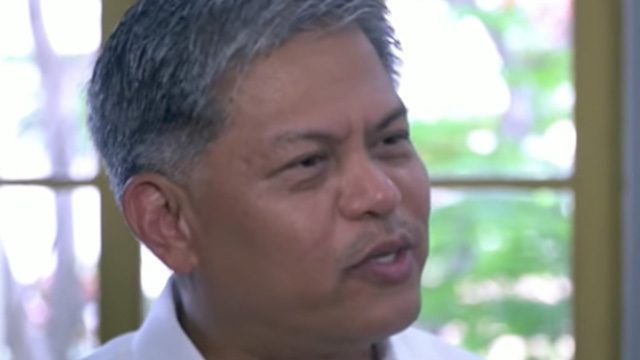 MANILA, Philippines – Former Department of Education (DepEd) Secretary Armin Luistro is the new president of the De La Salle Philippines, a network of educators running 16 Catholic schools across the country.

This was announced Monday, July 3, on the De La Salle Philippines website.

“It is with great pleasure that we, the members of the National Mission Council of De La Salle Philippines (DLSP) welcome back Br Armin Luistro FSC to DLSP with his appointment as President effective 01 July 2017. Br Armin will be completing Br Jose Mari Jimenez FSC’s unexpired term as DLSP President until March 2020,” the announcement read.

Luistro was a Visitor of the De La Salle Brothers Philippine District from 1997 to 2004, and the first DLSP network president in 2005.

Five years later, he was appointed by former President Benigno Aquino III as DepEd secretary. For 6 years, Luistro led DepEd in pursuing the country’s biggest education reform in recent years, the K to 12 program – from legislation to implementation.

“Remember, this [K to 12] reform has been talked about since the beginning of the last century,” Luistro told Rappler in a recent interview. “The only thing needed is political will.”

After his 6-year term, he served as president of the Philippine Business for Social Progress, an almost 50 year-old organization that spends P2 billion a year on health, education, environment and livelihood projects. – Rappler.com