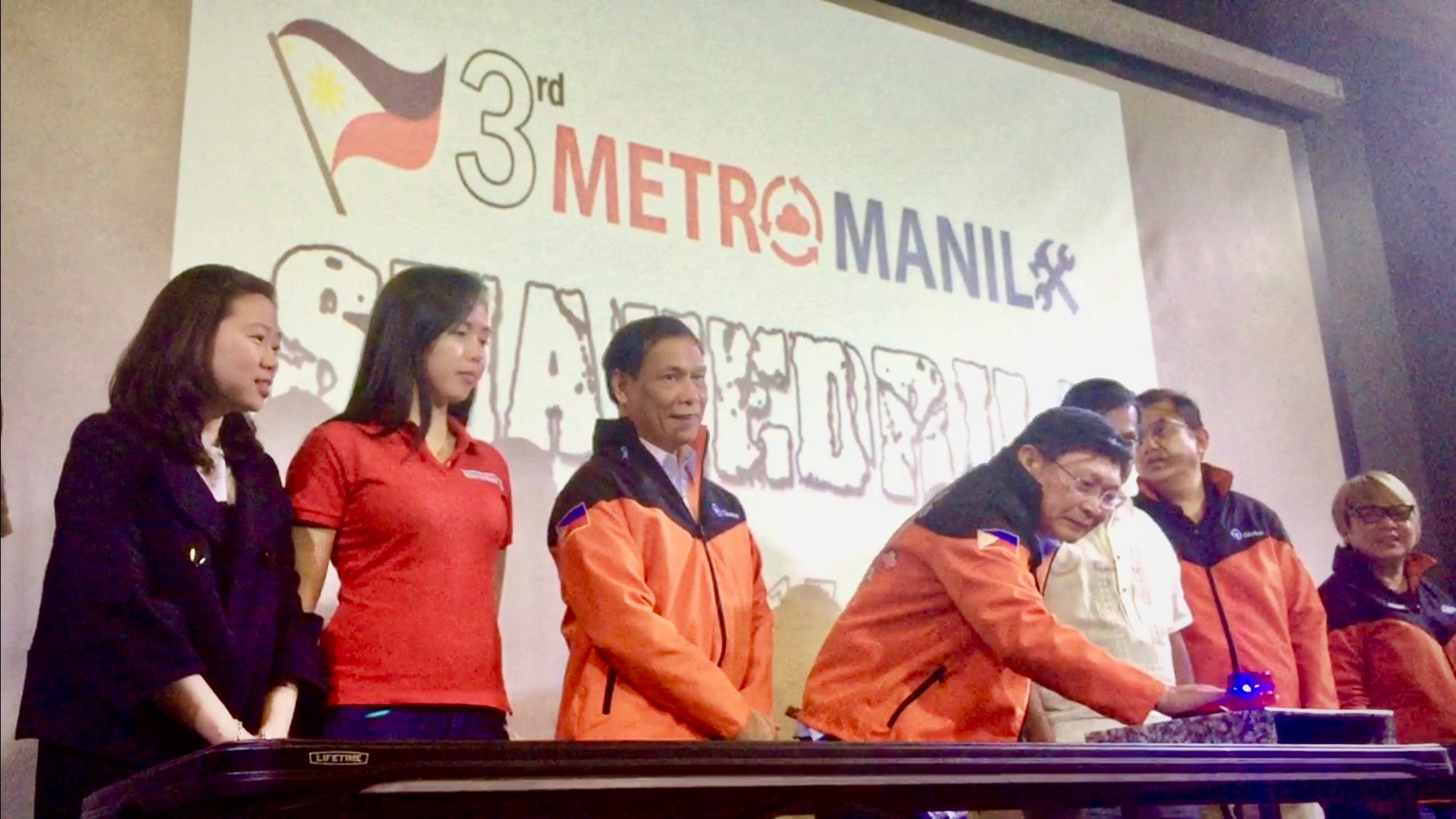 The launch is in anticipation of the drill to be held from July 14 to 17. The drill is in preparation for “the big one” or a major earthquake in the National Capital Region. (READ: How vulnerable is Manila to earthquakes?)

Before the launch, Lim called on Metro Manila residents to join the drill and to “take it seriously.”

(Volunteerism. This is what we need during these times where there seems to be too much cynicism, where there is such low regard for our welfare, we really need that.)

While the launch was scheduled on July 5, the MMDA has been preparing since 2016, Lim said.

According to MMDA consultant Ramon Santiago, they are expecting that all of Metro Manila will be participating in the drill as “100% of local government units” have confirmed that they will take part in the drill.

Santiago added that the LGUs reached out to institutions such as schools and hospitals in their respective areas to join the drill.

It is the first time that the drill will be done in 4 days.

All government agencies will only simulate a power outage on the first day, and will only hold evaluations on the third and fourth day.

On top of this, the NCR was divided into quadrants with their own additional simulations.

At 4 pm, radio and television stations will broadcast an earthquake alarm which will signal the start of the drill.

The shake drill is not limited Metro Manila as the MMDA invited neighboring local government units to take part in the exercise. – Rappler.com