From erring cops dispatched to Marawi, attention shifted to a strong magnitude 6.5 earthquake that hit Leyte province on Thursday. But Friday morning opened with good news for the Duterte administration: the President got his highest-ever public satisfaction rating, according to polling firm Social Weather Stations.

Over at the Supreme Court, however, two senior Supreme Court justices warned of the need to watch President Rodrigo Duterte very closely to make sure he does not abuse his powers in relation to martial law.

In other developments, did you have the misfortune of having a delayed flight at the Ninoy Aquino International Airport on Thursday? Guess who’s the culprit. The magnitude 6.5 earthquake that struck the province of Leyte late afternoon on Thursday, July 6, left at least two people dead. The Philippine Institute of Volcanology and Seismology said the quake struck near Jaro. In Ormoc City, close to the epicenter of the earthquake, an 18-year-old woman who was hit by falling debris died, according to police. 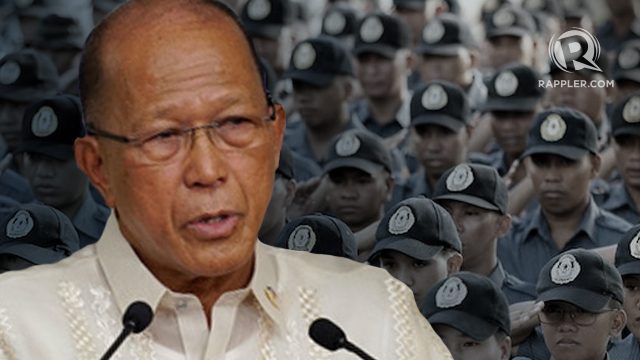 Chief Justice Maria Lourdes Sereno and Senior Associate Justice Antonio Carpio said in separate opinions pertaining to martial law in Mindanao, that President Rodrigo Duterte must be watched closely as he exercises his power to implement Proclamation 216. Sereno, who partially granted the petitions against Proclamation 216, criticized the majority ruling that “effectively gave Duterte carte blanche” or the exclusive right to decide over martial law. Carpio, for his part, said the High Court should make sure Duterte does not repeat what dictator Ferdinand Marcos did. The administration of President Rodrigo Duterte recorded its fastest infrastructure spending in 6 months last May, as it completed more road projects and bought more military equipment. Latest data from the budget department showed infrastructure and other capital expenditures rose by 31.4% in May alone, due to completed road construction, repair, and rehabilitation; flood control infrastructure; and requirements for the purchase of anti-submarine helicopters under the Armed Forces of the Philippines (AFP) Modernization Program. To meet its 1st half program for infrastructure expenditures and capital outlays of P236.6 billion, the government must have spent P39.4 billion for infrastructure in June alone. Runway 06/24, used for international flights was closed for a few hours for emergency repairs, according to the Manila International Airport Authority. The cause? Potholes. The runway was later reopened at around 1:30 pm on Thursday, the MIAA said during a press briefing.