What do Grace Lee and the Pagcor chief have in common? 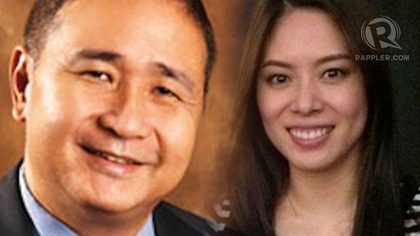 MANILA, Philippines – Recently, it was revealed that sometime in September 2010, Cristino Naguiat Jr, chief of the Philippine Amusement and Gaming Corporation (Pagcor), luxuriated for several days in a posh hotel in Macau at the invitation and at the expense of Universal Entertainment and its owner, Kazuo Okada.

Mr. Okada, through a corporate vehicle, is currently investing some serious money in a major entertainment and casino complex in the Philippines and thus, transacts directly with Pagcor.

On its face, this situation seems to be precisely the sort of monkey business that Congress, in more than one piece of legislation, seeks to deter and, if they occur, to penalize.

Thus, the Revised Penal Code punishes as indirect bribery, “any public officer who shall accept gifts offered to him by reason of his office.”

The Anti-Graft and Corrupt Practices Act also criminalizes “receiving any gift, present, share, percentage, or benefit, for himself or for any other person, in connection with any contract or transaction between the government and any other party, wherein the public officer in his official capacity has to intervene under the law.”

The Code of Conduct and Ethical Standards for Public Officials and Employees likewise imposes sanctions on public officials who “accept, directly or indirectly, any gift, gratuity, favor, entertainment, loan or anything of monetary value from any person in the course of their official duties or in connection with any operation being regulated by, or any transaction which may be affected by the functions of their office.”

One would expect that as chief executive officer of the country, President Aquino, whose ubiquitous campaign battle cry was the elimination of corruption, would jump at this serendipitous opportunity to crack the whip and enforce the law (anti-corruption laws, at that) with his most high-profile iron fist.

But apparently, upon Naguiat’s explanations, the President did not even admonish the Pagcor chair, who happens to be a friend of his since their school days at the Ateneo, and instead found nothing amiss, claiming it is “industry practice” in the gambling community to be hosted by foreign investors.

I must have been absent when it was taught in law school, but at least I now know that industry practice—never mind that it is an illegal industry practice—constitutes a justifying circumstance that exempts one from penal sanction.

So, my bad. No need to execute the laws here.

Now it makes perfect sense to me why there is no need to implement the law against the mother of the lovely Grace Lee, who happens to be the current apple of the President’s bespectacled eye.

As I understand it, Grace Lee’s mother is Korean and foreigners are prohibited by the Retail Trade Law from directly or indirectly engaging in the retail business.  But of course, I am fully aware that for grocery stores, there are exceptions, such as enterprises with a paid-in capital of at least US$7.5-M.

Oh, and Korean-owned consumer retail outlets are apparently also exempt and this is because, I surmise, it is industry practice for Koreans to own groceries.

And finally, I now also understand completely why the Presidential Adviser on Political Affairs, Ronald Llamas, who happens to have campaigned heavily for the President, was not booted out of office for violating the high standards imposed by law on public officials.

You see, there is nothing clearer as constituting an industry practice than the public purchasing of pirated DVDs.

I could actually go on about stuff involving those who happen to be the President’s shooting buddies, but this is already too long a piece.

Suffice it to say that at the end of the day, I am pleased with the commendable display of consistency. Selective enforcement of the laws indeed happens to be the industry practice in this town. – Rappler.com