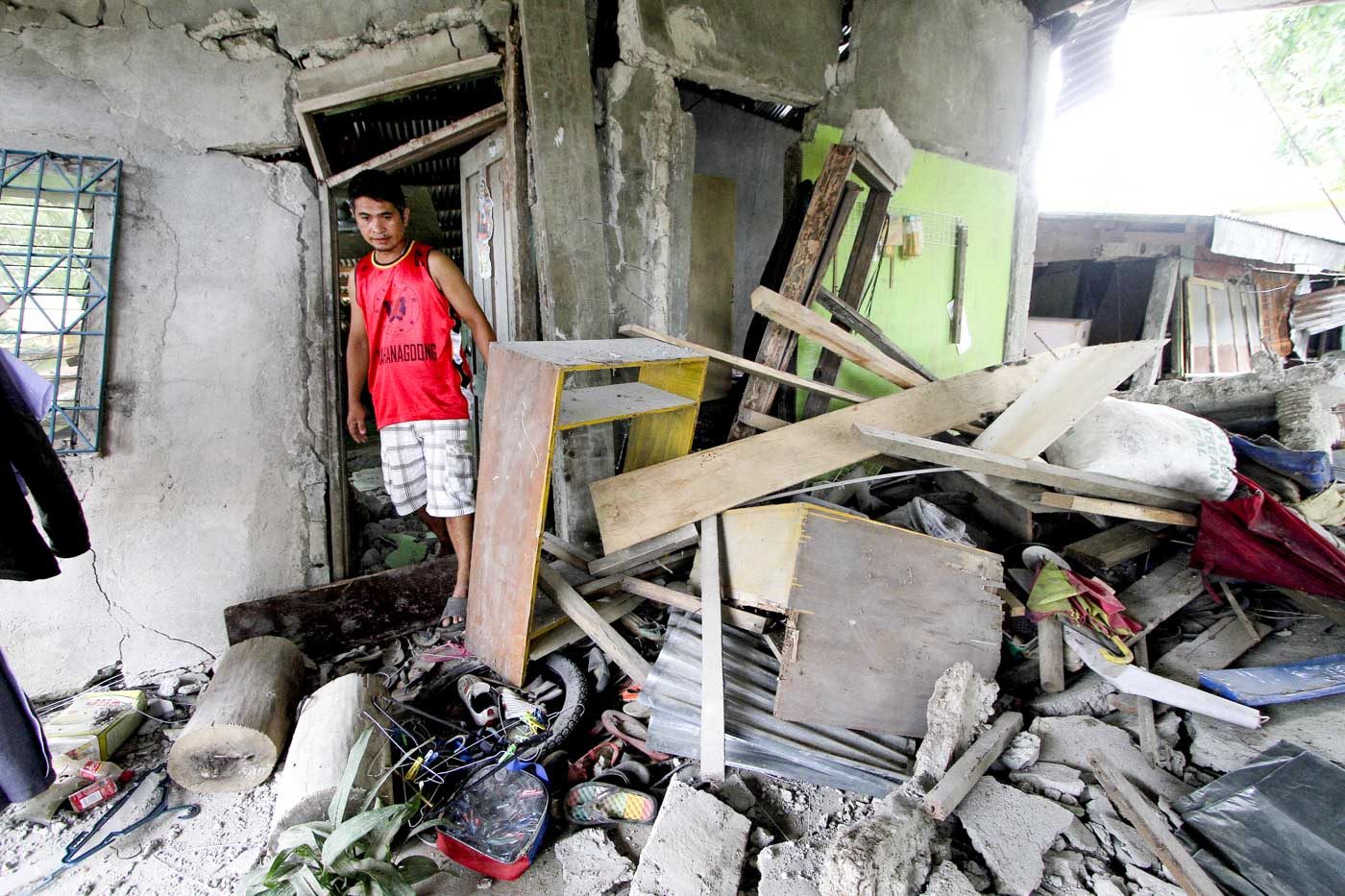 Facebook Twitter Copy URL
Copied
Authorities are still assessing the extent of the quake damage, which can only be done once they reach the quake epicenter in the mountainous villages

MANILA, Philippines – A magnitude 6.5 earthquake shook Leyte on Thursday, July 6, leaving at least two people dead and over a hundred injured in its wake.

In parts of the province, especially in Kananga town which is near the epicenter of the quake, and in Ormoc City, some homes and buildings have been reduced to rubble.

In Kananga, some of the injured received medical treatment in front of the Municipal Hall, among them, 49-year-old Reynaldo Sison who hurt his right hand when he landed on broken floor tiles in his haste to bring his grandchild to safety. Another injured Kananga resident, Charlie Menosa, 32, told Rappler how he got hurt: “Malakas ang lindol. Natakot ako, tumalon ako sa bintana namin (It was a strong earthquake. I got scared and jumped out of our window). (READ: Fear, panic as aftershocks rock Leyte) Authorities are still assessing the extent of the quake damage, which can only be completed, they said, once they reach the quake epicenter in the mountainous villages. – With reports from Jazmin Bonifacio/Rappler.com