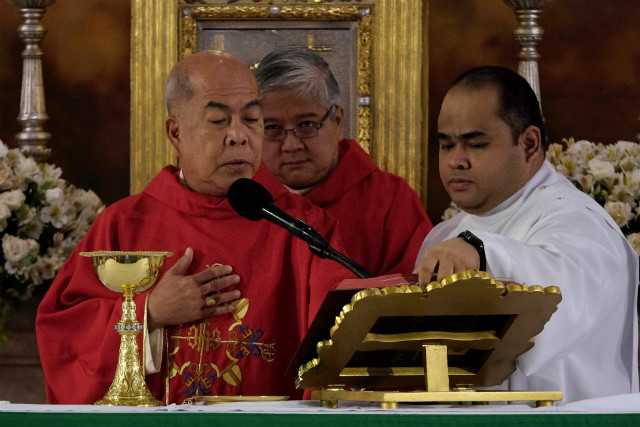 Valles won as the next CBCP president during the Catholic bishops’ twice-a-year plenary meeting that began on Saturday. He will take his post on December 1.

Mejia was reelected as secretary general.

Valles is set to lead the CBCP as his friend – President Rodrigo Duterte – lambasts the Catholic Church and pursues a bloody war on drugs that has alarmed Catholic bishops.

The Davao archbishop is also celebrating his 66th birthday on Monday, July 10.

Valles has been CBCP vice president since December 2013, alongside Villegas as president. 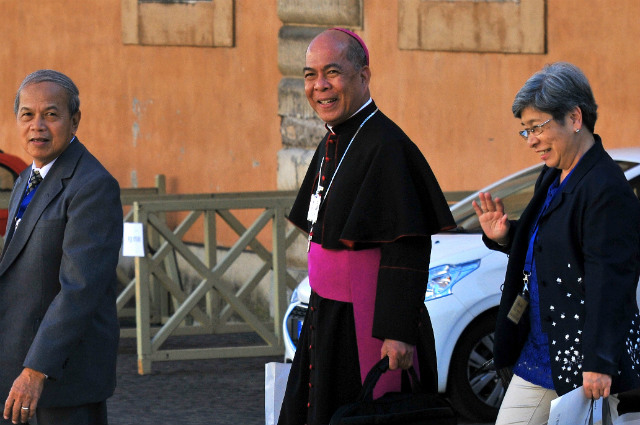 Born in Maribojoc, Bohol, Valles has been Davao archbishop since May 2012.

A graduate of the Pontificio Ateneo Sant’ Anselmo in Rome, he has been a Catholic priest in Mindanao for the past 4 decades.

Before the Pope made him Davao archbishop in 2012, he became bishop of Kidapawan in 1997 then archbishop of Zamboanga in 2007.

Once Valles leads the CBCP, the Davao archbishop – having known the President for years – is seen to take a different approach toward Duterte.

In an interview in June 2016, we asked Valles what he thinks is the best way to engage then President-elect Duterte.

Valles responded: “I’m just coming from Davao, and having observed him, I don’t have that fear…coming from other parts of the country. But I would say a friendly sharing of ideas would be good.”

He continued, “I have not thought of that area, but just offhand, to think of myself also as a sinner, as a friend, like a friend-sinner, that we would journey together.”

The archbishop answered, “I am always hopeful because, with me, I think he considers me as somebody like on the normal level – friendly, his friend.”

On Duterte’s relationship with the Catholic Church in Davao, Valles described it as “very okay.” In this June 2016 interview, Valles added in reference to Duterte, “As he said, there’s no conflict between us.” – Rappler.com