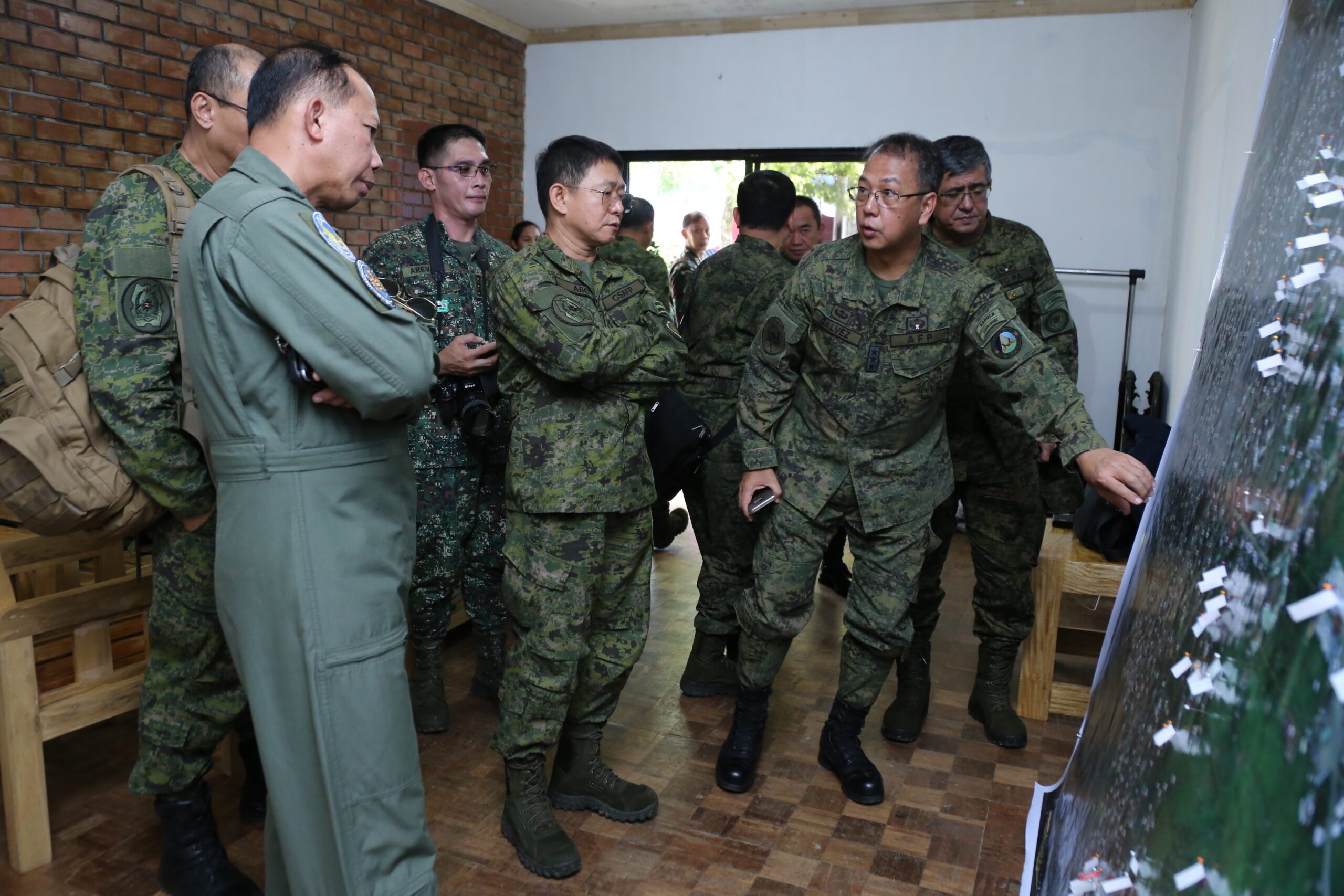 Facebook Twitter Copy URL
Copied
The officials and ground commanders assess enemy strengths and weaknesses, and how the military can adjust to these observations

Military and police commanders on the frontlines also joined the briefing.

“After the 25-minute briefing, a thorough deliberation and assessment followed unhampered. Secretary Lorenzana and General Año each had the opportunity to appreciate, inquire about, and provide inputs on the ends, ways, and means of the ongoing operations. Adjustments necessary to enhance the concepts of operation and lines of effort to end the 46-day-old crisis were discussed,” said the AFP.

The military also said the top officials assessed enemy strengths and weaknesses, and talked about how the military can adjust to these observations.

Fighters and sympathizers of the Maute and Abu Sayyaf groups attempted to take over the Lanao del Sur capital on May 23, following an operation to arrest Abu Sayyaf leader Isnilon Hapilon.

The two groups earlier pledged allegiance to the Islamic State (ISIS). Hapilon is supposedly the “emir” of ISIS in the Philippines.

Tens of thousands of families have been forced to flee Marawi City due to the clashes. Residents have been living in evacuation centers and in the homes of friends or relatives in nearby towns.

The clashes prompted President Rodrigo Duterte to place the entire Mindanao island under martial law. He also suspended the privilege of the writ of habeas corpus, which gives more leeway for soldiers and police to conduct warrantless arrests.

Martial law has also resulted in the issuance of arrest orders against alleged leaders and members of the Maute and Abu Sayyaf groups, as well as personalities believed to be sympathetic towards them.

“We have the momentum; we dictate the operational tempo; we have the support of the people at large. Thus we are confident that the triumph of the forces of good against that of evil is irreversible. It is just a matter of time,” said Año. The military, however, has already missed several self-imposed deadlines for the conflict in Marawi City. Air strikes and clearing operations continue as fighters continue to control parts of the city.

“We are constantly and daily gaining battle space while the terrorists’ grounds recede by the day as our troops press on relentlessly with their advance,” said Año.

Lorenzana has since refused to give another deadline for the end of the conflict, but promised evacuees that the government is already working on rehabilitation and reconstruction plans for the Islamic City.

Another 1,722 civilians who were either trapped in the main battle area or taken hostage by the terrorists have since been rescued by both government and non-governmental groups.

Martial law will be in place for 60 days or until July 22. But Duterte can ask Congress, which is dominated by his allies, for an extension.

Philippine National Police (PNP) chief Ronald dela Rosa earlier said they are inclined to recommend that martial law be extended, given the situation on the ground. Dela Rosa said martial law could also be used to make the rehabilitation efforts in Marawi City easier.

AFP spokesman Brigadier General Restituto Padilla earlier said the military is finalizing its recommendation and could submit it to Duterte as early as the week of July 10.

The President himself has said that he will not lift martial law by the time he delivers his second State of the Nation Address on July 24. – Rappler.com