Jul 12, 2017 4:49 PM PHT
Rappler.com
Facebook Twitter Copy URL
Copied
The Philippine Overseas Employment Administration clarifies that no IDs will be distributed until after guidelines are issued 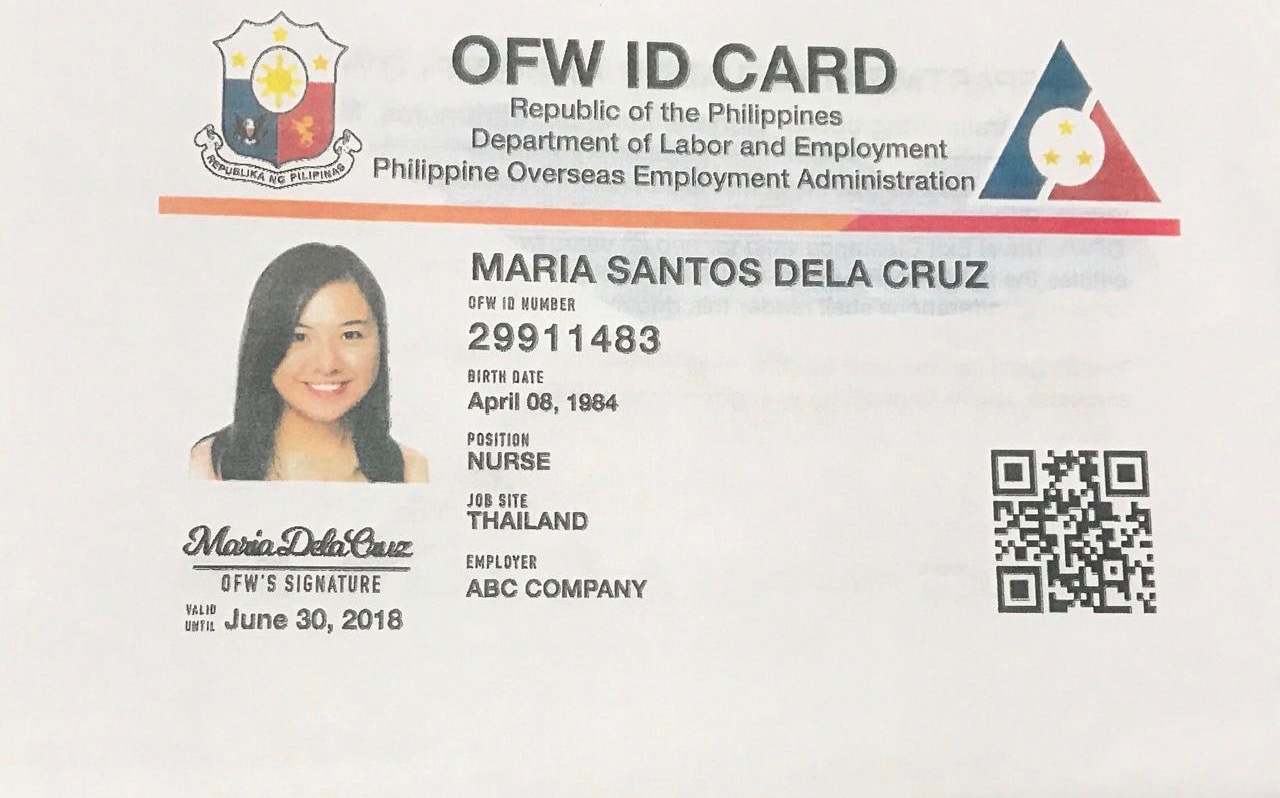 “Today, July 12, we are launching the iDOLE, the identification card for millions of overseas Filipino workers,” Presidential Spokesperson Ernesto Abella said in a statement.

“This is a project of the Department of Labor and Employment (DOLE), together with its partner agencies, which include the Social Security System (SSS), Development Bank of the Philippines (DBP), PhilPost among others,” he added.

Free of charge, the OFW ID will allow Filipino workers to access their contributions to SSS and Philhealth, among others. (READ: DOLE’s OFW ID to replace employment certificate, passport)

The Philippine Overseas Employment Administration (POEA), however, clarified that no IDs will be distributed after Wednesday’s launching.

In an advisory on their website, the POEA said that the guidelines on the implementation of the program are still being finalized. An announcement will again be issued to inform OFWs of the proper procedure of application.

DOLE Undersecretary Dominador Say said this will initially be available to outgoing OFWs.

Those workers who are already out of the country may eventually apply online.

“It will be available online. They can acess everywhere… the actual receipt of the card will be processed by PhilPost. For example, you are in Africa and you applied online, it will be printed locally.” – Rappler.com