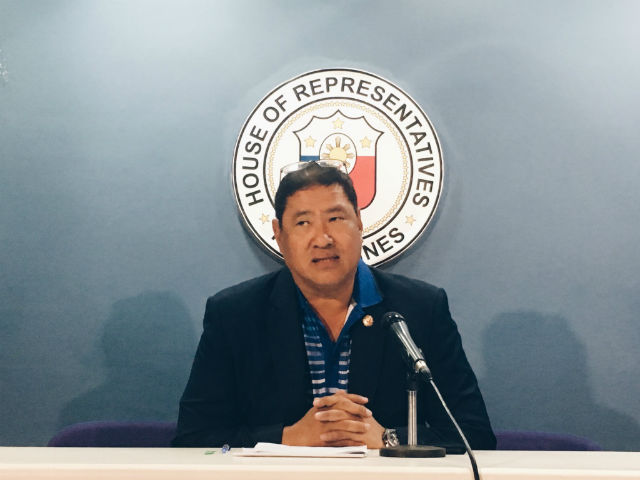 “They should not manipulate justice system for questionable ends…. This is prostituting the Constitution and manipulation of the judicial system,” said Umali in a press conference on Monday, July 17.

He was reacting to the omnibus petition filed with the Supreme Court (SC) by Marcos and the 6 Ilocos Norte officials who are currently detained at the House for giving “dismissive” answers during the congressional probe into alleged misuse of P66.45 million in tobacco funds.

The Marcos camp’s omnibus petition urges the SC justices to take over the detention case that is still pending before the Court of Appeals (CA). The appellate court had granted their request to order the House to provisionally release the 6 provincial officials, but the House leadership has refused to recognize the ruling.

The House committee on good government and public accountability is conducting the probe, where several red flags in the motor vehicle purchases have surfaced.

On Monday, Umali said the Marcos camp had resorted to forum shopping in their latest petition before the SC, getting their case handled by a court expected to issue a favorable ruling.

(Where is the respect for the Court of Appeals? And then comes a lawyer and his client elevating the matter, effectively demeaning the very court where they first sought help from. They couldn’t wait – they want the Supreme Court to resolve it already.)

“There is no jurisprudence on this. This is unprecedented and this is forum shopping at the very least,” added Umali in Filipino.

The House good government and public accountability panel already issued a subpoena for Marcos to appear in the next hearing on July 25. If she fails to appear, lawmakers are allowed to cite her in contempt and detain her in the House until she testifies. – Rappler.com