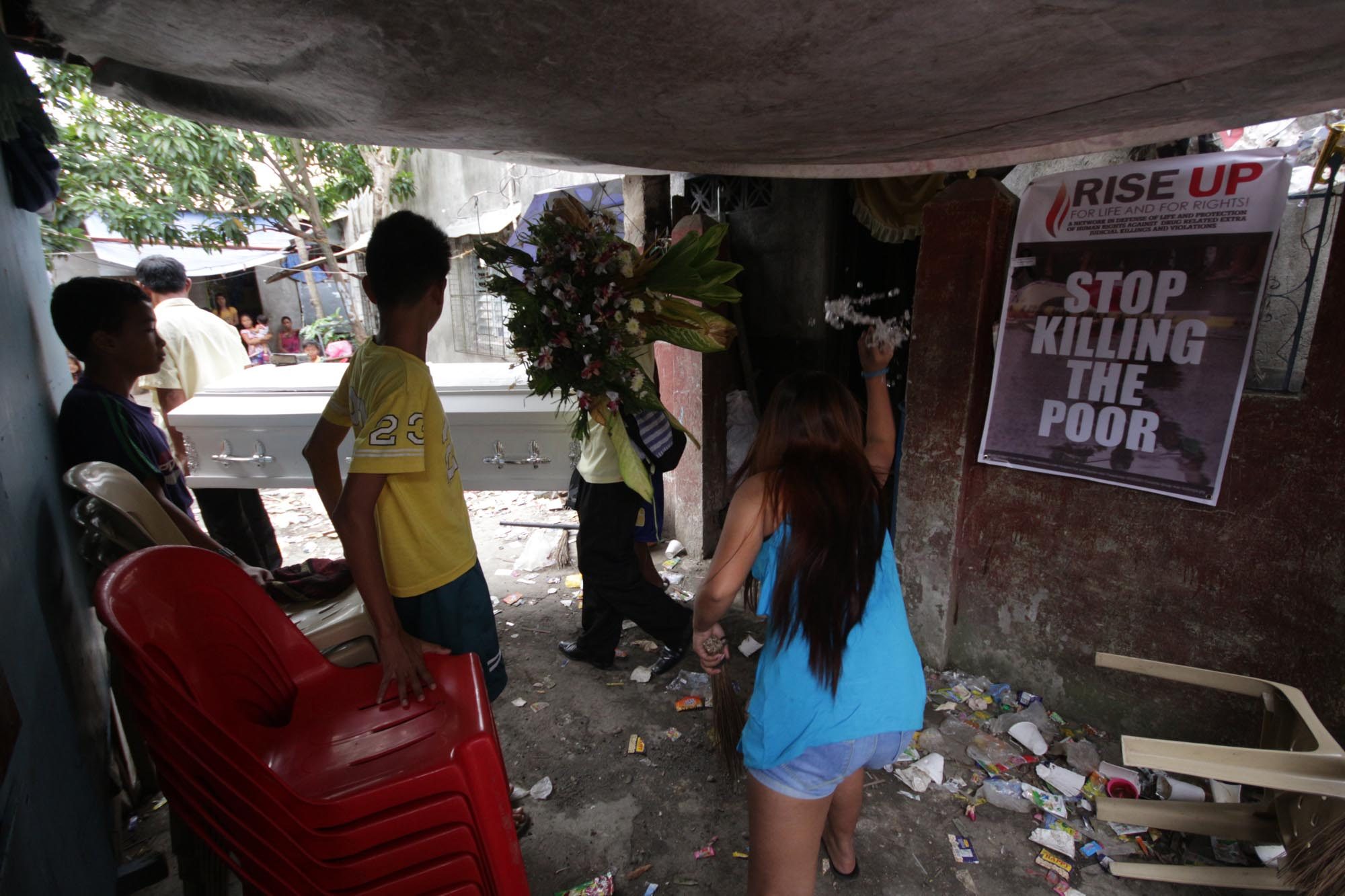 Facebook Twitter Copy URL
Copied
'We trust that the [Filipino] people understand that they are really getting the better side of this deal,' says Presidential Spokesman Ernesto Abella

MANILA, Philippines – Malacañang dismissed concerns voiced by American lawmakers during a United States Congress hearing on the Duterte administration’s drug war, saying the real judge of its success or failure is the Filipino people.

“As the President would say, the real judge of the actions of the administration would be not so much these opinions, but people actually, the people of the Philippines, the citizens here who find that… it’s safer in the streets, the crime index has dropped,” said Presidential Spokesman Ernesto Abella on Friday, July 21.

He was speaking at a Palace news briefing hours after the end of the public hearing of the Tom Lantos Human Rights Commission in Washington DC.

But Abella, without addressing the concerns of the lawmakers, said only Filipinos who have given Duterte their support can make a fair assessment of his anti-drugs campaign.

“The real judge of the situation would be the people who have given him overwhelming support and overwhelming approval,” said Abella.

Duterte’s spokesman is confident that Filipinos know they are reaping the benefits of the fight against illegal drugs.

“We trust that the people understand that they are really getting the better side of this deal,” said Abella.

He reiterated a previous statement asking for US lawmakers and other critics of the administration to “listen to both sides of the story.”

McGovern, co-chairperson of the Tom Lantos Human Rights Commission, said during the hearing that he would lead the protest against a White House invitation for Duterte.

“The United States government cannot afford any degree of complicity with the kinds of human rights violations that are occurring,” he said.

Speier, meanwhile, hit Duterte for his “deranged policy” for addressing the spread of drugs.

“We need to call this deranged policy out for its state-sanctioned vigilantism that contravenes the rule of law and damages the international standing of the Philippines,” she said.