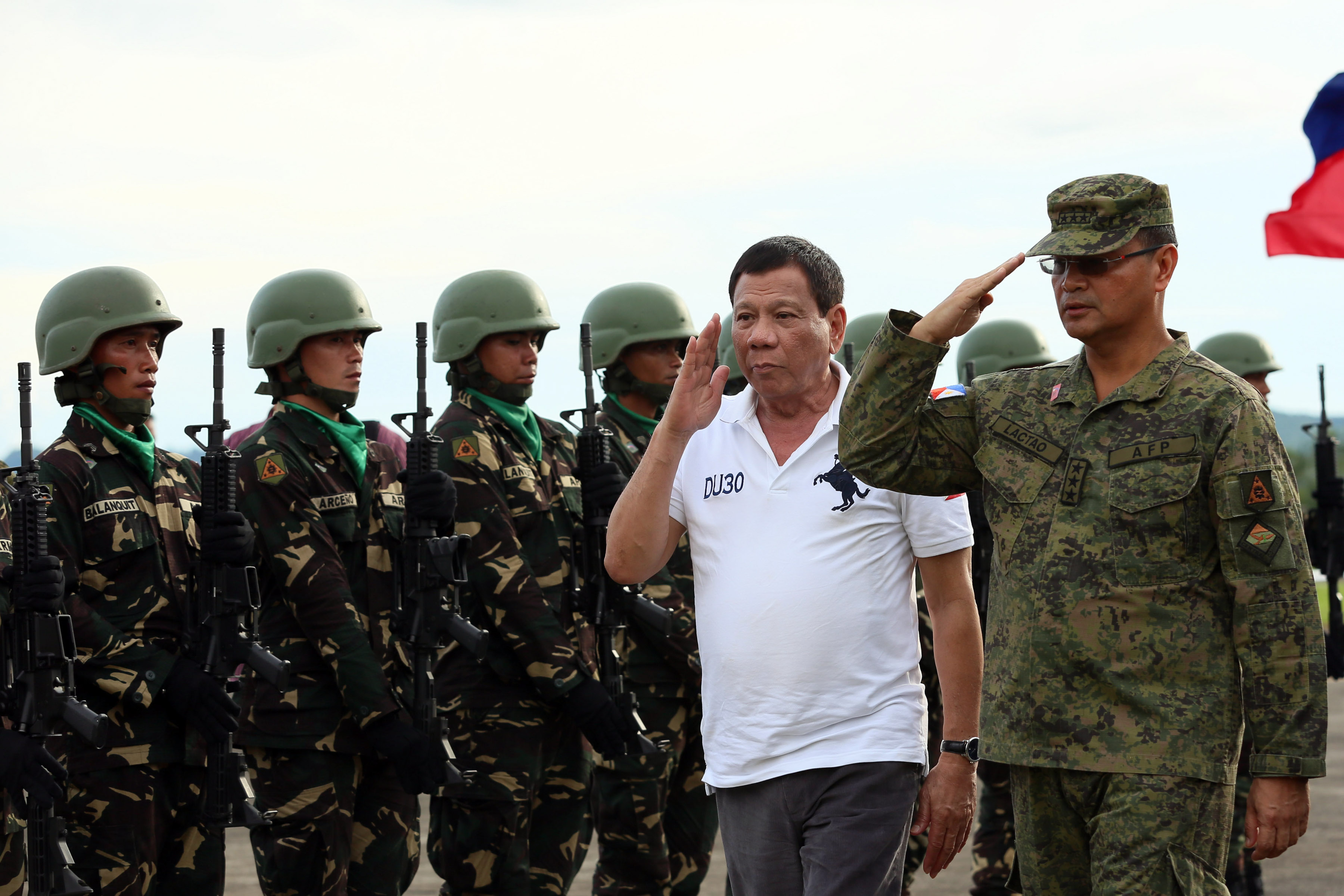 MANILA, Philippines – Philippine President Rodrigo Duterte on Friday vowed that he would never visit “lousy” America despite an earlier invitation extended by US President Donald Trump.

Duterte made the declaration as he expressed anger at a US Congress human rights commission hearing where various advocate groups assailed his bloody war on drugs.

“There will never be a time during my term when I will be going to America or thereafter,” he told reporters.

“I’ve seen America and its lousy. They have (been) many human rights violations,” he added, referring to US troops fighting in the Middle East.

Duterte, who took office last year, previously announced he was distancing the country from its main defense ally the United States after the administration of then-US president Barack Obama criticised his bloody anti-drug campaign which has left thousands dead. (READ: Aquino on Duterte 1st year: Cooperation, not conflict, is better route)

But after Trump was elected president, he called up Duterte in April and praised the campaign, even inviting him to the White House.

At the time, Duterte said he could not commit to such a visit because he had other overseas trips scheduled.

At a hearing on Thursday in Washington on human rights violations under Duterte’s war on drugs, US Congressman James McGovern said that Duterte should not have been invited and that he would lead protests against the Philippine leader if he appeared. (READ: Two U.S. lawmakers slam Duterte in drug war hearing)

This prompted the angry rejoinder from Duterte who said “what makes that guy think I will go to America?”

The Philippine president had previously called Obama a “son of a whore” for his criticism but has been friendly towards Trump.

Duterte continues to enjoy wide popular support despite the spate of killings. – Rappler.com