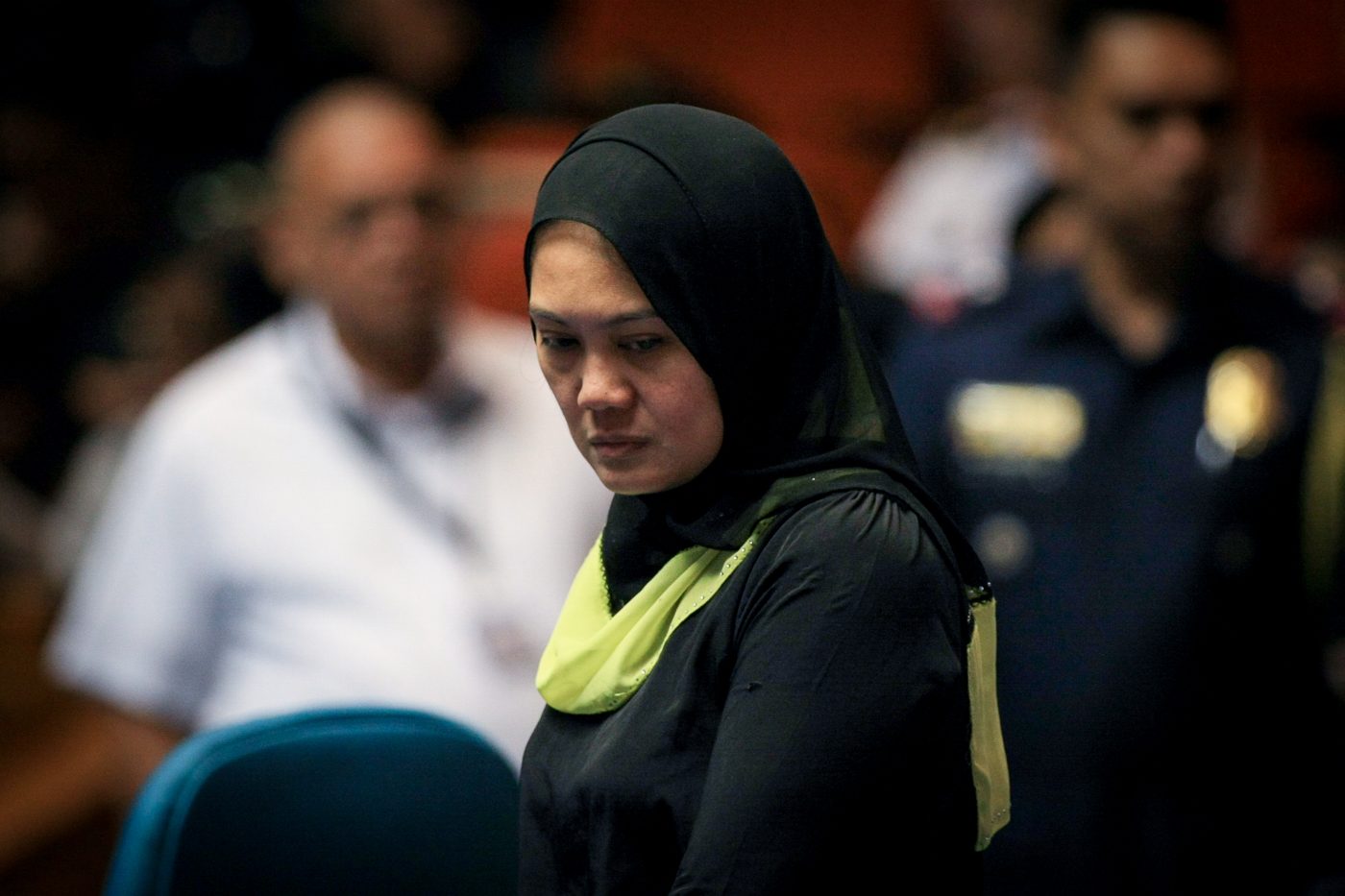 Facebook Twitter Copy URL
Copied
(UPDATED) Samira Gutoc-Tomawis recounts stories of violent interrogations, unburied bodies, and a Muslim woman who stripped off her clothes in an evacuation center after suffering a mental breakdown

Her voice breaking, Gutoc-Tomawis disputed a claim by military chief Eduardo Año that they have not received complaints of human rights abuses by uniformed men.

The former BTC member cited the case of 20 bodies in Capin Funeral Homes that remain unburied after almost 60 days.

In Islam, a person who died should be buried within 24 hours. Gutoc-Tomawis explained that the stalling of burials is the “highest form of prohibition and taboo” in Islam.

“And what if it’s your grandfather na hindi po inilibing (who was not buried)?” she said.

According to Gutoc-Tomawis, a Muslim woman suddenly stripped off her clothes while in an evacuation, which is against Islamic teachings.

(One woman stripped off her clothes in an evacuation. In Islam, we can’t remove our clothing – that’s why we dress like this and cover our faces. Our bodies, breasts, underwear should not be seen. But we left our houses without even bringing underwear.)

It was earlier reported that the woman Gutoc-Tomawis referred to was forced to strip during an inspection at the evacuation center. She later clarified to Rappler that the woman did this because she suffered a mental breakdown due to the Marawi siege.

Gutoc-Tomawis was the the BTC member who resigned after Duterte joked about soldiers raping women while there is martial law.

In her speech, Gutoc-Tomawis also mentioned the case of a 20-year-old special child diagnosed with mental retardation. The child was brought to the hospital after the military supposedly poured hot water over his hand before hitting it with a gun.

She also claimed that a certain Mr Pandag was among the 26 men the AFP rescued, but who were later asked to remove their shirts and blindfold themselves.

Gutoc-Tomawis shared the story, too, of a pregnant mother who was injected with medicine several times, leading to the death of her baby upon delivery. The mother was sharing a bed with 3 women in a charity ward in Marawi.

Another pregnant mother and her company, said Gutoc-Tomawis, were interrogated for hours by the AFP and the Pagadian local government because they were caught carrying dextrose in their bags.

“Bawal po ba ang dextrose sa isang buntis na babae? Because ang faith healer niya said, ‘Dapat may dextrose ka. Baka manganak ka.’ (Dextrose is not allowed for a pregnant woman? Her faith healer told her, ‘You should have dextrose. You might give birth.’) They were taken in for a whole day of questioning,” she said.

Akbayan Representative Tom Villarin then asked Año to give a categorical answer on whether human rights abuses are being committed by the AFP.

Año called such violations as “consequences of war” that the military did not intend to commit.

“The consequences of war – these are the things that really we do not want to happen. We are sensitive to the needs of the people of Mindanao, even Marawi. Even po ‘yung cadaver ng Maute, sinu-supervise natin ‘yung paglibing (We even supervise the recovery of Maute members’ cadavers),” said Año.

He assured the public the AFP will “avoid any inconvenience” among the Marawi residents.

“But one thing that we will assure to you: We never intend to harm or violate any human right. In fact, we welcome any appropriate complaint… and we will sanction those who will [be proven to have committed them],” he said. – Rappler.com