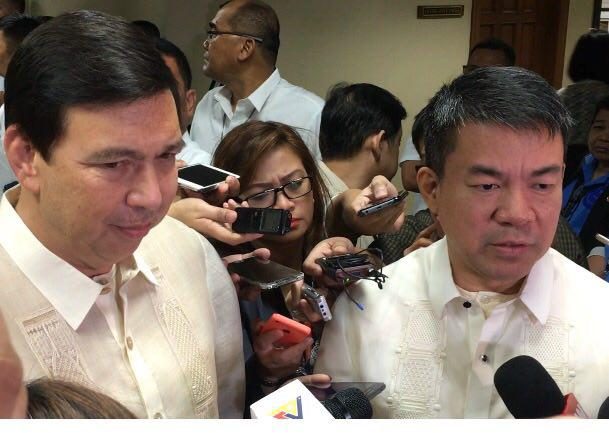 MANILA, Philippines – The controversial bill seeking to reimpose the death penalty is still not a priority of the Senate in its second regular session of the 17th Congress.

Asked about it, Pimentel told reporters on Monday, July 24, “Not a priority bill, it is in the regular course of business.”

Recto said, “I don’t see that in the radars really.”

At the very least, Pimentel assured counterpart lawmakers that the bill would be discussed in the Senate as “a gesture of friendship” to the House of Representatives, which already approved the bill pushed by Duterte.

“As Senate President, this bill was submitted by the House so I think we owe it as a gesture of friendship to the House that since they passed it, so it means that they also want us to discuss it,” Pimentel said.

“Hanggang doon na lang (That’s the most [we can do]). I will assure the House that we will discuss the death penalty bill,” he added.

Pimentel earlier said that the bill’s fate in the chamber is uncertain, as even some administration senators are against it. (READ: Unlike in House, chances of death penalty bill in Senate still unclear)

Senate Minority Leader Franklin Drilon also earlier said that the measure is already “dead,” saying at least 13 senators are likely to oppose it.