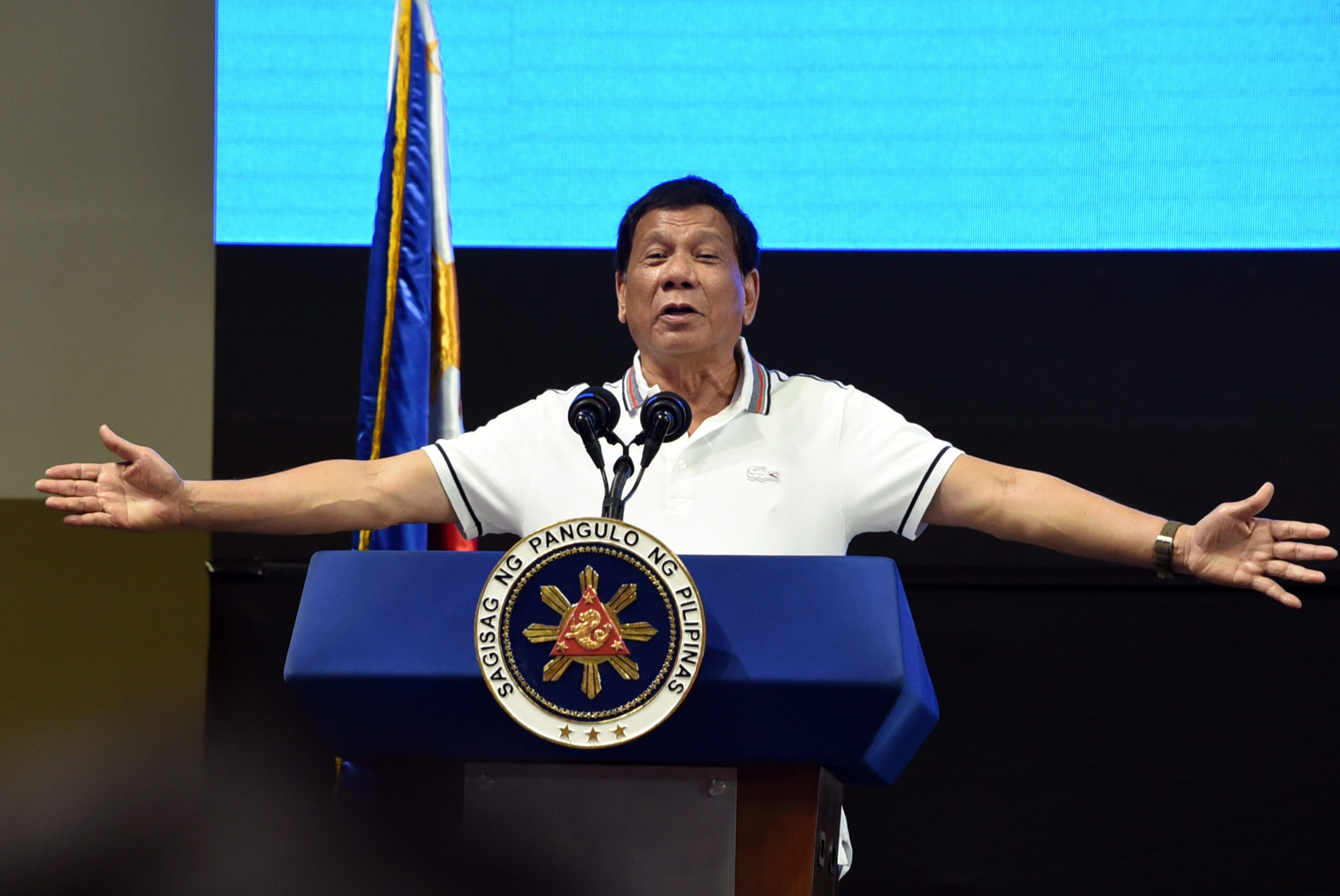 Facebook Twitter Copy URL
Copied
Despite criticism over the drug war, President Rodrigo Duterte continues to enjoy majority approval and trust among Filipinos one year into his term

MANILA, Philippines – One year into his term, President Rodrigo Duterte continues to enjoy majority approval and trust among Filipinos, even as his administration is criticized over the bloody anti-drug war.

The most recent survey by Pulse Asia, conducted June 2017, showed Duterte recovering from a dip in his numbers from March 2017.

The President enjoys 82% majority approval rating nationwide – a 4-percentage-point rise from his 78% rating in the March 2017 survey. His trust rating also rose to 81%, from his 76% trust rating last March.

What may be the reason behind the favorable ratings?

Duterte’s high survey numbers may be driven by his personality and how he is perceived by Filipinos, analysts said during Rappler’s roundtable discussion ahead of the President’s second State of the Nation Address (SONA) on Monday, July 24.

Urban planner Patrick Jalasco said Duterte’s popularity may be due in part to Filipinos’ interest in strongman figures.

“We have this interest in having strong leaders, because our government institutions aren’t as effective as we want them to be,” he said.

Known for his brash, tough-talking manner that eschews diplomatic conventions, the President is known for making off-the-cuff remarks and jokes even during formal speeches.

“The way he converses, dishes out jokes, he’s just like one of us. He makes a very strong connection to the public,” Vitug said.

Historian and professor Leloy Claudio also cited Duterte’s charisma and humor that allows him to connect easily with his audience.

“Maybe he’s not a great public speaker, but he gets the job done…. Public speaking is about connecting and he’s connecting to the audience,” he said.

For Rappler columnist and UP School of Economics teaching fellow JC Punongbayan, Duterte also has this image among supporters as a father figure.

“A lot of the approval and trust ratings seem to come from the Tatay Digong brand, which seems to resonate with Filipinos,” he said.

But he also pointed out how different socioeconomic classes perceive the President.

A Social Weather Stations Survey back in May also showed a noticeable decline in the poor’s trust in Duterte.

But the trend reversed from March 2017 to June 2017: Duterte’s ratings decreased among class ABC respondents while there was an increase in the ratings among respondents from classes D and E.

Punongbayan also said that over the past year, there have been anti-poor policies in the Duterte government.

While Punongbayan said that the Philippine economy is enjoying robust growth, more work needs to be done to achieve inclusive growth.

“We have to look at the economy from a development perspective, because the country’s objective is achieving inclusive growth…. I think we’ve seen a lot of anti-poor policies over the past year,” he said.

Punongbayan cited the drug war, noting that the data reflects that it is the poor who suffer the most in the crackdown against illegal drugs. (READ: War on drugs ‘brutally taking its toll’ on poor Filipinos – ex-CHR chief)

“The economy is doing well, but at the same time we have anti-poor policies we have to watch out for,” he said. – Rappler.com