Joma on Duterte’s ‘blatant lie’: I don’t have cancer 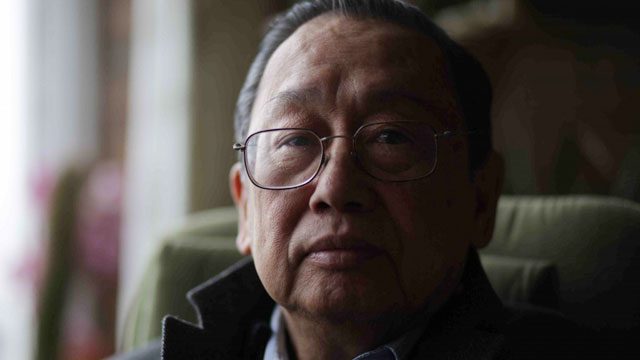 Facebook Twitter Copy URL
Copied
'No findings of cancer of any kind, cardiac problem or any other malignancy,' says the communist leader

President Rodrigo Duterte claimed in his State of the Nation Address (SONA) on Monday, July 24, that Sison – his professor back in the university – had cancer. Duterte also reiterated his decision to “stop talking” with communist rebels.

“This is a blatant lie. I was hospitalized for one  month under the Rheumatology Department of the Utrecht University Medical Center and was released with a clean bill of health on March 20,” he said in a statement he sent to media shortly after Duterte’s speech.

“No findings of cancer of any kind, cardiac problem or any other malignancy which is life threatening,” he added.

Here’s his response to Duterte’s statements about him, the Left and the military during the SONA: