Imee Marcos grilled over ‘gross negligence’ in tobacco fund use 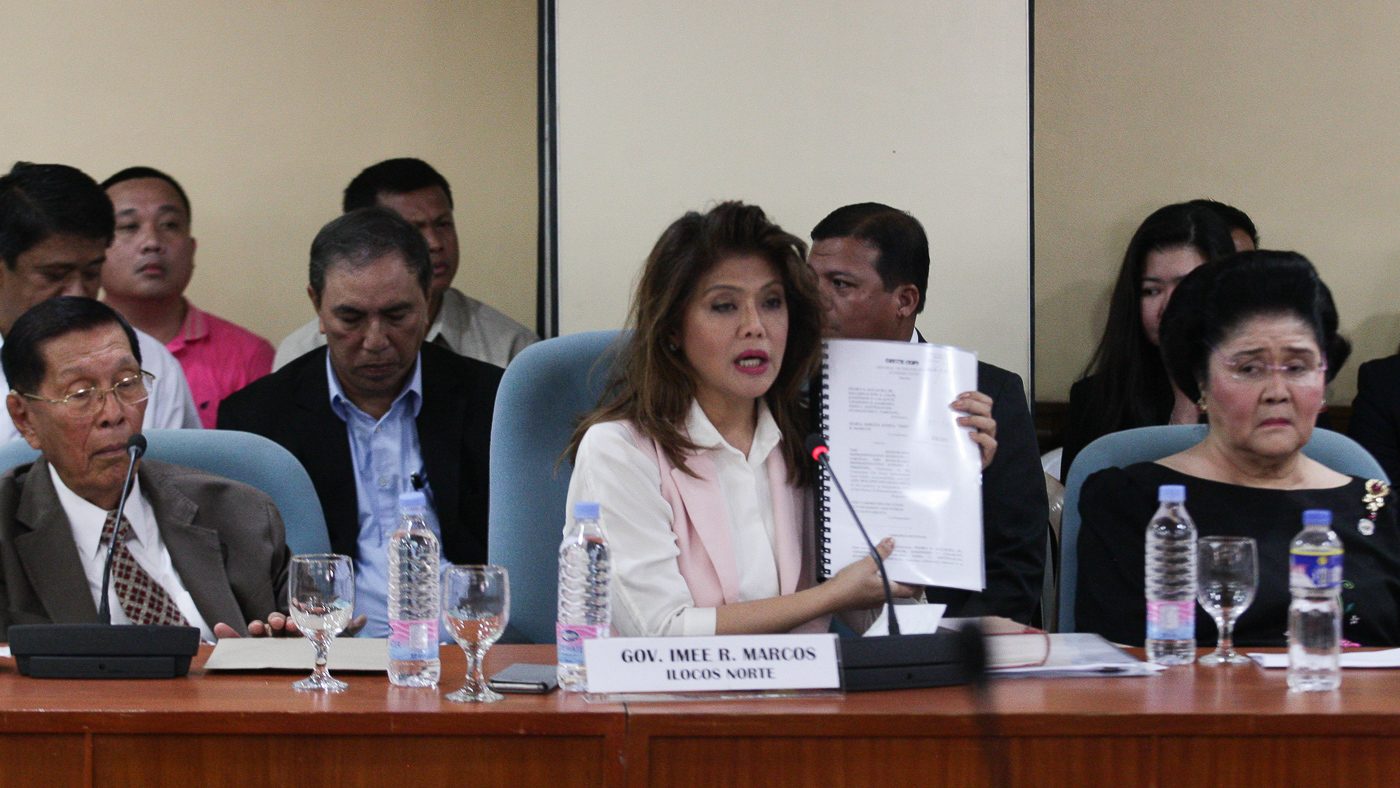 On Tuesday, July 25, Marcos appeared before the House committee on good government and public accountability to serve the subpoena issued against her. The committee is probing the following purchases of Ilocos Norte:

Documents obtained by the committee showed there were red flags in the transactions, including the use of cash advances, missing documents, and improper bidding process.

Oriental Mindoro 1st District Representative Doy Leachon asked Marcos why she authorized the purchases when there were indications of anomalies.

Marcos said she did not notice any irregularities at the time. She also said she trusted the concerned departments under the provincial government to follow the right procedures.

(At the time, I didn’t notice anything like that. Maybe we forgot it or we were in a rush to serve RA 7171. A local chief executive deals with so many transactions, so I can’t remember all details.)

RA 7171 is the law that mandates that 15% of tobacco excise taxes shall be allotted for a special support fund for tobacco farmers in the identified provinces, mostly in the Ilocos region. The money, however, can only be used for the cooperative livelihood, agro-industrial, and infrastructure projects for tobacco farmers.  (READ: FAST FACTS: Tobacco funds in the Philippines)

Leachon then called out Marcos for signing off on the transactions.

“Hindi natin dapat inaasa ‘yan sa [ibang emplyado lang] (You should not just depend on [other employees]….If not intentionally, there was gross negligence on your end because transactions were done in undue haste,” said Leachon.

“Ignorance of the law excuses no one for compliance therewith,” he added.

Marcos came in full force to the hearing, and brought with her as her legal counsel former Senate president Juan Ponce Enrile, who had served as her late father’s justice secretary.

In the same hearing, Bondoc pointed out that Commission on Audit (COA) Circular 92-382 states that all disbursements by local government units should be made in checks.

Committee on good government and public accountability chairperson Johnny Pimentel then reminded her that cash advances are only allowed for salaries and wages, commutable allowances, honoraria and other similar payments to officials and employees, petty operating expenses.

Still, Marcos maintained the transactions were aboveboard and had benefitted local tobacco farmers.

She also invited the committee members to speak to some tobacco farmers she brought along with her, but who were outside the Batasang Pambansa. –Rappler.com