SC: Congress shall convene on martial law only to revoke, extend 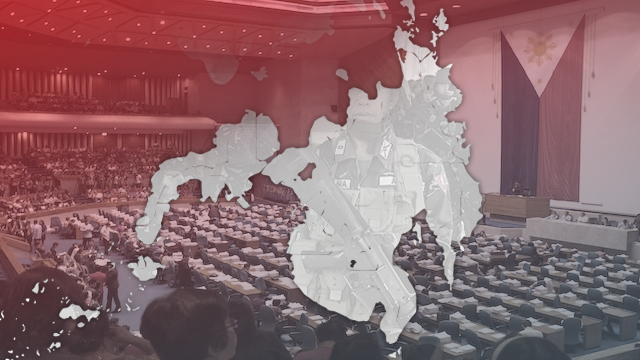 MANILA, Philippines – Congress is constitutionally required to convene on martial law only if it will revoke or extend the proclamation, the Supreme Court (SC) en banc has ruled.

In a unanimous decision announced on Tuesday, July 25, the High Court dismissed the petitions asking it to compel Congress to convene on martial law.

“Article VII, Sec. 18 imposes no such duty on Congress to convene, such duty (to convene and vote) being limited to instances where Congress intends to revoke or extend any proclamation of martial law or suspension of the privilege of the writ of habeas corpus,” Te said.

Two justices voted only to the decision to dismiss the petitions – Associate Justices Marvic Leonen and Benjamin Caguioa – “reasoning that the controversy presented was already moot and academic,” said Te.

The consolidated petitions asked the SC to clarify the guidelines on proclaiming martial law, saying that the Constitution requires both chambers to convene and vote jointly at the onset of a proclamation.

The petitioners’ group expressed dismay over the decision.

“The Court’s decision is a step away from transparency and accountability, a path that Congress had already taken when it extended martial law,” said former solicitor general Florin Hilbay, counsel to the petitioner group of human rights lawyer Alex Padilla, detained Senator Leila de Lima and constitutionalist Christian Monsod.

In its ruling, the SC is setting the standard that from now on, when a President initially declares a martial law, the House and the Senate need not convene and jointly approve the proclamation.

Hilbay called this ruling “a strange and unfortunate result.”

“Clearly, joint public deliberation is just as, if not even more, important when a President initially declares martial law aswhen he extends it,” Hilbay said.

The Court issued its decision 3 days after the House of Representatives and the Senate convened in a joint session on  to decide on President Rodrigo Duterte’s request for a 5-month extension of martial law in Mindanao. In a joint vote of 261-18, Congress granted the request and extended martial law in Mindanao until December 31, 2017. – Rappler.com