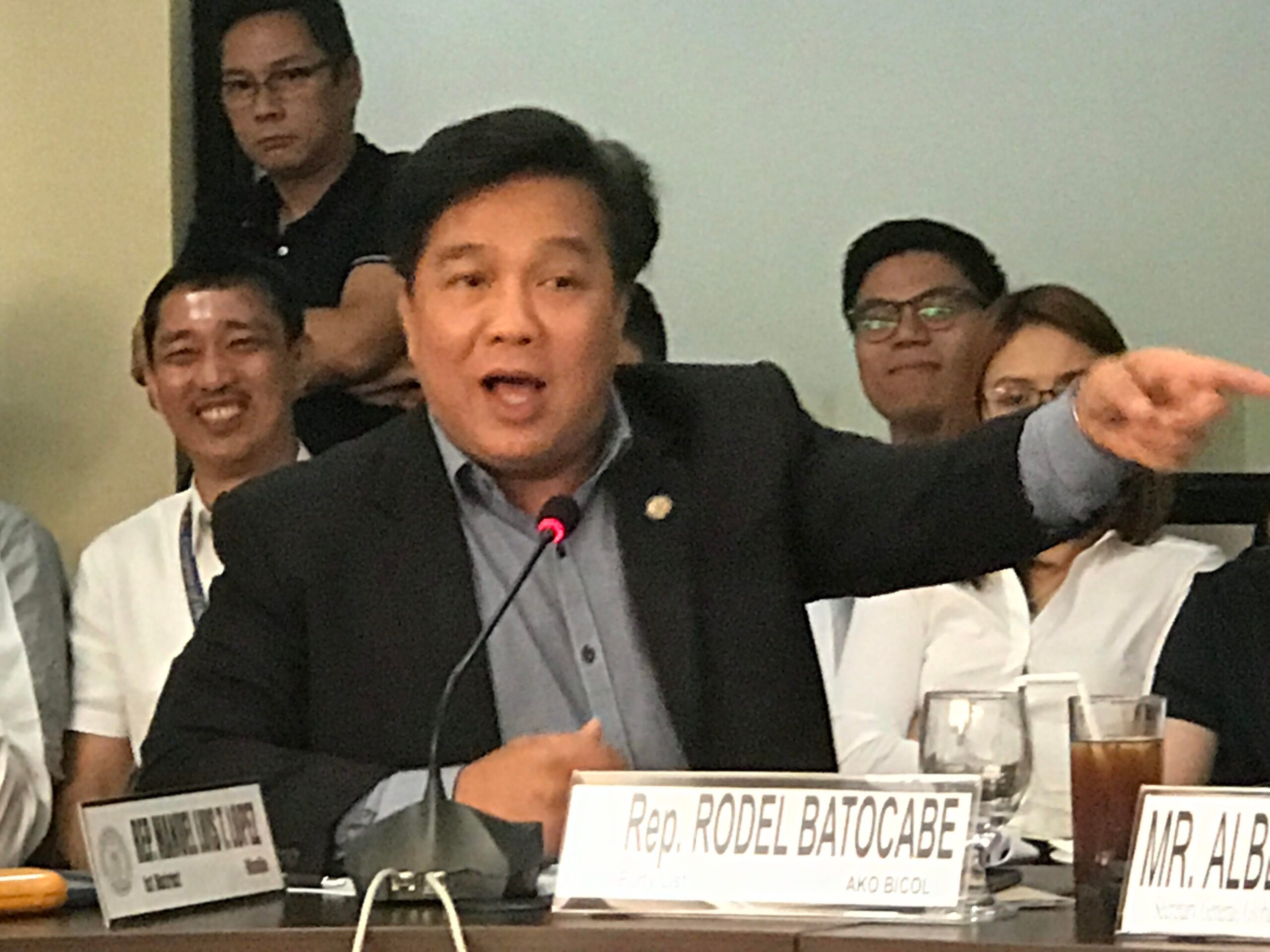 MANILA, Philippines – If a crash happens involving a Grab or Uber driver, can the transport network companies (TNCs) be sued?

This was the question that grieving lawmaker AKO BICOL Representative Rodel Batocabe posed to TNCs and the Land Transportation Franchising and Regulatory Board (LTFRB) on Tuesday, July 25, during the hearing of the House committee on Metro Manila.

The committee hearing comes after the LTFRB encountered a regulation deadlock with the TNCs, as the LTFRB attempted to put a cap on the number of transport network vehicle services (TNVS) cars in the metro.

(Two weeks ago, my nephew died in Singapore [while riding] Uber. The driver didn’t die, but my nephew did. Let’s say it happened in the Philippines. Who do I sue?)

LTFRB chairman Martin Delgra III pointed Batocabe to Memorandum Circular (MC) 2015-015, which says that the driver, not the TNC, will be liable.

“The TNC shall be liable for failure to exercise due diligence and reasonable care, except if such non-compliance is due to acts or omissions outside of the TNC’s control. However, such liability shall not extend to actions of drivers, who are independent contractors who provide the transportation services directly to passengers,” the MC read.

But for Batocabe, the TNCs should also take a part of the blame since they also accredit their drivers as their “partners.”

“They can’t just operate with apps and everything without any regulation especially when it involves public utilities and public service [and when] it involves our people,” Batocabe said.

Batocabe recommended that the LTFRB issue a “remedial order” to reinforce their last MC increasing the accountability of the TNCs.

In their defense, representatives from Grab and Uber said that all rides booked through their applications are insured by the Passenger Accident Management and Insurance Agency, setting insurance as high as P200,000 per passenger in case something untoward happens.

They also said that they actively reach out to passengers when they get into trouble in their trips.

Uber government relations chief Yves Gonzalez added that passengers can file a case against Uber if they find fault committed by the company itself.

Meanwhile, the LTFRB chairman said he will raise Batocabe’s concern in the board’s technical working group meetings with Grab and Uber in the coming weeks.

Grab and Uber were recently fined P5 million each for allowing their drivers to work in Metro Manila despite their lack of permits.

In its July 11 order, the LTFRB directed the TNCs to purge themselves of drivers with expired or no permits by July 26.

But Grab and Uber have filed separate motions for reconsideration. LTFRB is set to release their verdict on Wednesday. – Rappler.com