Jul 26, 2017 5:35 PM PHT
Rappler.com
Facebook Twitter Copy URL
Copied
Bookmark and refresh this page for a list of areas and schools where classes have been suspended for Thursday, July 27 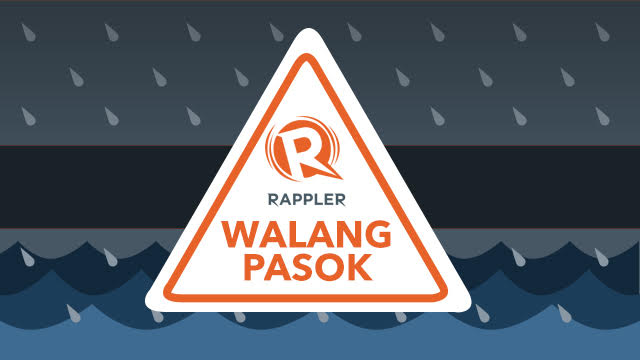 MANILA, Philippines – Here is a list of areas and schools where classes have been suspended for Thursday, July 27, due to heavy rain from the southwest monsoon, which is being enhanced by Tropical Storm Gorio.

The Supreme Court (SC), for its part, also canceled work in all courts in the National Capital Judicial Region 1 pm onwards. “For courts in other affected areas, the Executive Judge may exercise discretion,” said SC Spokesman Theodore Te.

Not on the list? Help us crowdsource class suspensions by posting in the comments section or tweeting @rapplerdotcom.

For more information: When are classes cancelled or suspended? – Rappler.com