Amid harassment, Rappler vows to #InspireCourage 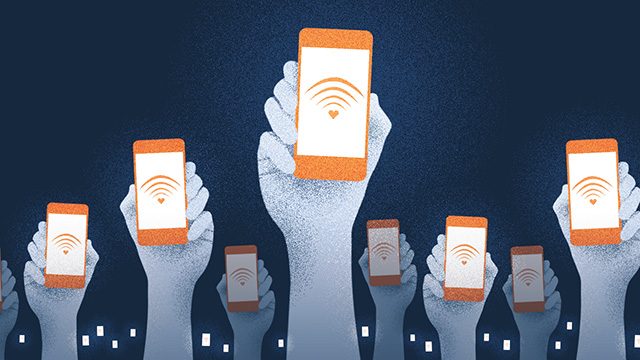 Facebook Twitter Copy URL
Copied
Rappler is not alone in this challenging environment. Other journalists and media companies have been subjected to covert and overt forms of harassment.

MANILA, Philippines – In the last few days, Rappler has once again been the target of false accusations and intimidation.

Its corporate records were misused publicly by a self-proclaimed consultant of the Department of Foreign Affairs (DFA) who should be the first to practice transparency by showing his government employment record or, absent that, proof that he’s not doing this on taxpayers’ dime.

A pro-administration lawyer has threatened Rappler editors and staff online with a “criminal complaint” that will be filed on August 21. He should, in fact, be the one facing charges for indecent behavior and peddling falsehood.

On Friday, July 28, in a highly irregular move, a staff of the receiving section of the Securities and Exchange Commission (SEC) called up our office to inquire if we have filed our 2016 Financial Statement (FS), because they supposedly noticed that our files have not been updated.

On Friday, when we first asked the records section of SEC Assistant Director Isma Gonzales why they were asking for our 2016 FS when we have already filed it, they said their “review” of the financial statements of the country’s “top corporations” indicated that we have not updated ours.

When we called up Gonzales’s office again, her staff offered another explanation: someone they refused to identify was asking them for a copy of our 2016 FS.

By sheer coincidence, the Rappler files uploaded on Friday by DFA’s self-proclaimed consultant did not contain our 2016 FS.

We find these acts pure and simple harassment.

Rappler is not alone in this challenging environment that seeks to intimidate independent voices. In the last few months, other journalists and media companies have been subjected to covert and overt forms of harassment.

In solidarity with them and the public we serve, we remain steadfast in reporting the truth and adhering to the highest standards and ethics of journalism.

We are thankful for the support of our loyal viewers and readers, and ask those who have been silenced to stand with us and #InspireCourage. – Rappler.com

Read more:
Duterte claims Rappler ‘fully owned by Americans’
Of PDRs and ‘foreign ownership’ of PH media
We fact-check some of the lies and disinformation being spread about Rappler
Why would anyone invest in Rappler if it’s losing money?