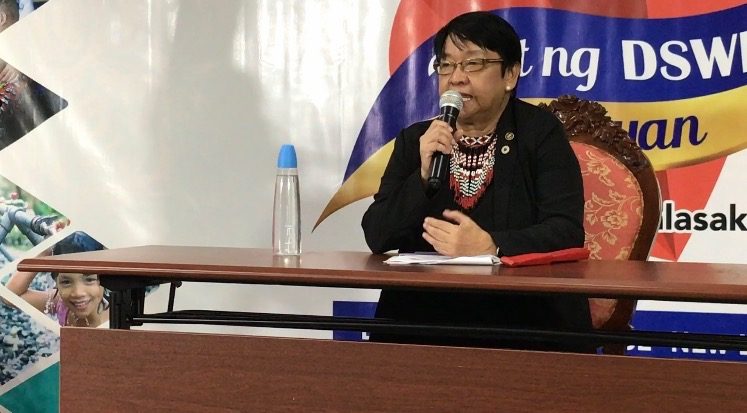 Taguiwalo said in a news briefing that P7.8 billion was allotted for the health grant under next year’s proposed budget, or P500 per beneficiary per month.

“The coverage of the health benefits for 4.4 million (4Ps beneficiaries) has been incorporated in the proposed budget,” she said.

Taguiwalo said that last year, then President Benigno Aquino III announced that 1.3 million 4Ps beneficiaries have already transitioned out of poverty so only 3.1 million were covered by health benefits.

The Cabinet official said, however, that the Department of Social Welfare and Development  (DSWD) informed the Department of Budget and Management that it is still validating whether 1.3 million beneficiaries have indeed escaped the poverty threshold.

Aside from the health grant, members will also continue to receive rice subsidy from the government, she said.

DSWD was among the agencies that had the biggest increase in the 2017 budget due to the P600-rice subsidy incorporated in the 4Ps scheme.

The 4Ps has been under review since Taguiwalo took over the DSWD, after her team discovered implementation loopholes. (READ: No new beneficiaries under 4Ps, says Taguiwalo)

(We need to fix 4Ps because it has a huge share of the budget. There are payout delays. There are also beneficiaries who remain in the program but they have already transitioned out of poverty.)

Earlier this month, the Commission on Audit raised some red flags in the program, such as the P1.42-billion cash grants that remained idle in more than 2 million accounts.

COA recommended that the DSWD should conduct a validation of the beneficiaries since it seems they are not “in need of financial assistance.”

4Ps National Program Director Leonardo Reynoso earlier explained to Rappler that 706,000 of the beneficiaries are now enrolled in the manual payout scheme and not through LandBank.

In reviewing the program, the DSWD is conducting its “Kamustahan” or the on-the-spot validation of the members as well as the implementation.

They are also talking to regional offices on possibly requesting the voluntary exit of beneficiaries who are no longer eligible.

Taguiwalo said they are targetting to finish the review by the end of the year. – Rappler.com