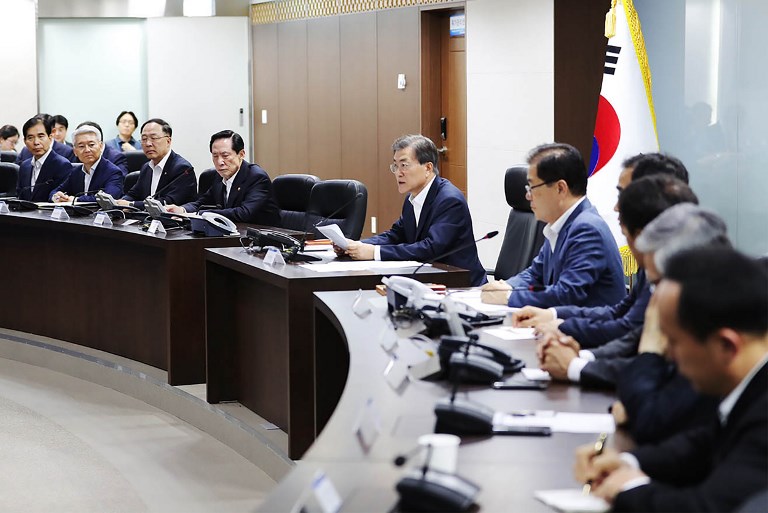 WASHINGTON DC, USA – The US and South Korean militaries conducted a live-fire exercise using surface-to-surface missiles in response to North Korea’s test of an intercontinental ballistic missile, the US Army said Friday, July 28.

The joint exercise, which occurred Saturday morning, July 29 (South Korea time), came shortly after officials said that the heads of the US and South Korean militaries had discussed “military response options” after North Korea’s launch.

The systems “fired missiles into territorial waters of South Korea along the East Coast July 5,” the Army said.

“The ATACMS can be rapidly deployed and engaged and provides deep-strike precision capability, enabling the ROK-US alliance to engage a full array of time-critical targets under all weather conditions.”

The US and South Korean militaries conducted similar exercises after North Korea’s first test of an ICBM on July 4.

“During the call, Dunford and Harris expressed the ironclad commitment to the US-Republic of Korea alliance,” Dunford spokesman Captain Greg Hicks said in a statement.

While the Pentagon has long planned for the possibility of conflict with North Korea, the blunt language in the statement marked a departure from previous public reactions to missile tests.

Those earlier reactions typically decried the tests but did not emphasize military options.

It was the first time Dunford, who has been in his position for two years, had issued a statement raising military options, though he has discussed the topic in public conversations.

Pentagon chief Jim Mattis, who is currently on vacation, slammed North Korea’s first test launch of an ICBM on July 4 as a “provocation,” but stressed then that the United States seeks a diplomatic solution to the standoff.

“We remain prepared to defend ourselves and our allies from any attack or provocation,” Pentagon spokesman Captain Jeff Davis said. – Rappler.com