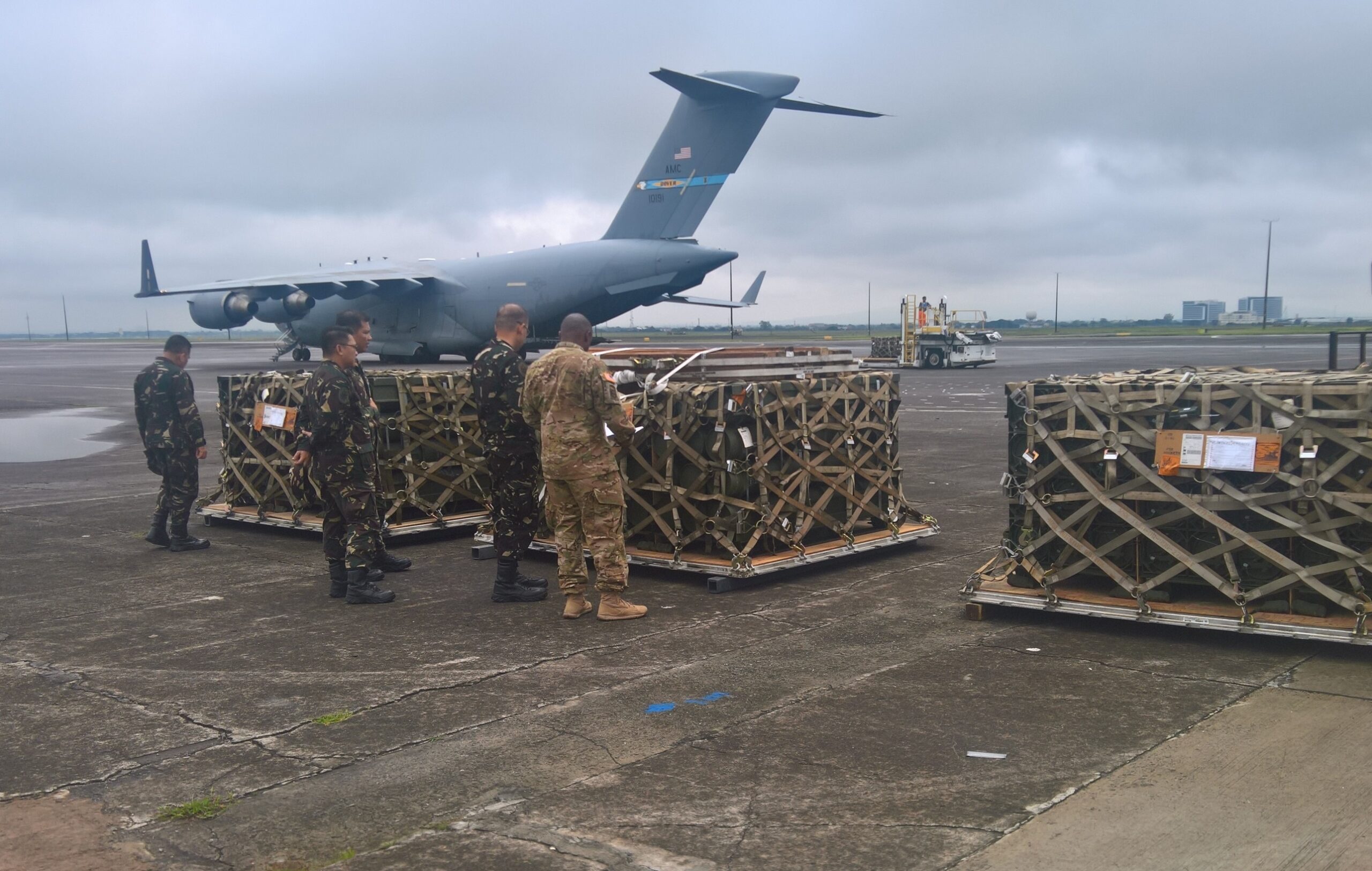 Facebook Twitter Copy URL
Copied
'The munitions and weapons will enhance the AFP’s counterterrorism capabilities, and directly support AFP members actively engaged in counterterrorism operations in the southern Philippines, including Marawi,' the US embassy says

MANILA, Philippines – The Philippine Air Force (PAF) has received weapons and munitions from the United States, “part of a series of upcoming transfers” from the US military that would help government forces in their war on terror, the US embassy in Manila said on Saturday, July 29.

The US embassy said in a statement that officials from the Joint United States Military Assistance Group (JUSMAG) recently delivered 1,040 2.75-inch rocket motors and 992 2.75-inch rockets to the PAF through the Mutual Logistics Support Agreement (MLSA).

“These timely transfers greatly enhance the Armed Forces of the Philippines’ (AFP) counterterrorism efforts. They are part of a series of upcoming transfers from the US military to multiple branches of the AFP through both MLSA and the security assistance program,” the embassy said.

“Through the MLSA, the AFP is able to receive select munitions and equipment from US military stock in an accelerated process reserved for allies and close partners of the United States,” it added.

The announcement is made two days after the PAF officially received two Cessna C-208B Grand Caravan aircraft from the US as part of a grant to the Philippines. (READ: PH Air Force gets new surveillance planes from U.S.)

“The munitions and weapons deliveries will enhance the AFP’s counterterrorism capabilities, and directly support AFP members actively engaged in counterterrorism operations in the southern Philippines, including Marawi,” it said.

US military assistance to the Philippines comes as government troops continued to battle local terrorists linked to the Islamic State (ISIS) in Marawi City. US special forces have been providing “technical support” to government troops in Marawi. (READ: TIMELINE: Marawi clashes prompt martial law in Mindanao)

When he assumed office, President Rodrigo Duterte embarked on an “independent foreign policy” that sought to wean the Philippines from its traditional allies like the US, and bring the country closer to others like China and Russia.

Amid the Philippines’ pivot to China, the US reiterated its strong ties with its treaty ally.

“The United States is a proud and steadfast ally of the Philippines and will continue to provide support to the AFP’s long-term modernization goals and counterterrorism needs,” the embassy said.

The Philippines and the US are bound by a Mutual Defense Treaty inked in 1951 and a more recent Enhanced Defense Cooperation Agreement (EDCA) signed in 2014. – Rappler.com