MANILA, Philippines – In April, Transportation Secretary Arthur Tugade announced that he would move the headquarters of his department to Clark Freeport in Pampanga by July, “finished or unfinished.”

With just a few days to spare before the end of his self-imposed deadline, Tugade led the first flag-raising ceremony of the Department of Transportation (DOTr) in its new home, attended by the department’s first batch of transferees.

Around 100 kilometers from their original tower office in Mandaluyong, the new base is a complex of buildings with a modern look. It used to house Cyber City Teleservices.

While the structure of the main building has been completed, a lot of organization and finishing touches are needed to make it fully operational, and employees, productive.

There’s a general feeling that the move was rushed, based on photos Rappler obtained from DOTr employees who took pictures on their first day in the new base.

A long-time DOTr employee told Rappler that only the main building was shown in the launch and that the equipment inside the offices were not yet fully organized when the employees arrived.

The employee said their work areas only had chairs and tables when they got there, and that office equipment still remained in boxes. Phone lines and internet access were not yet installed. 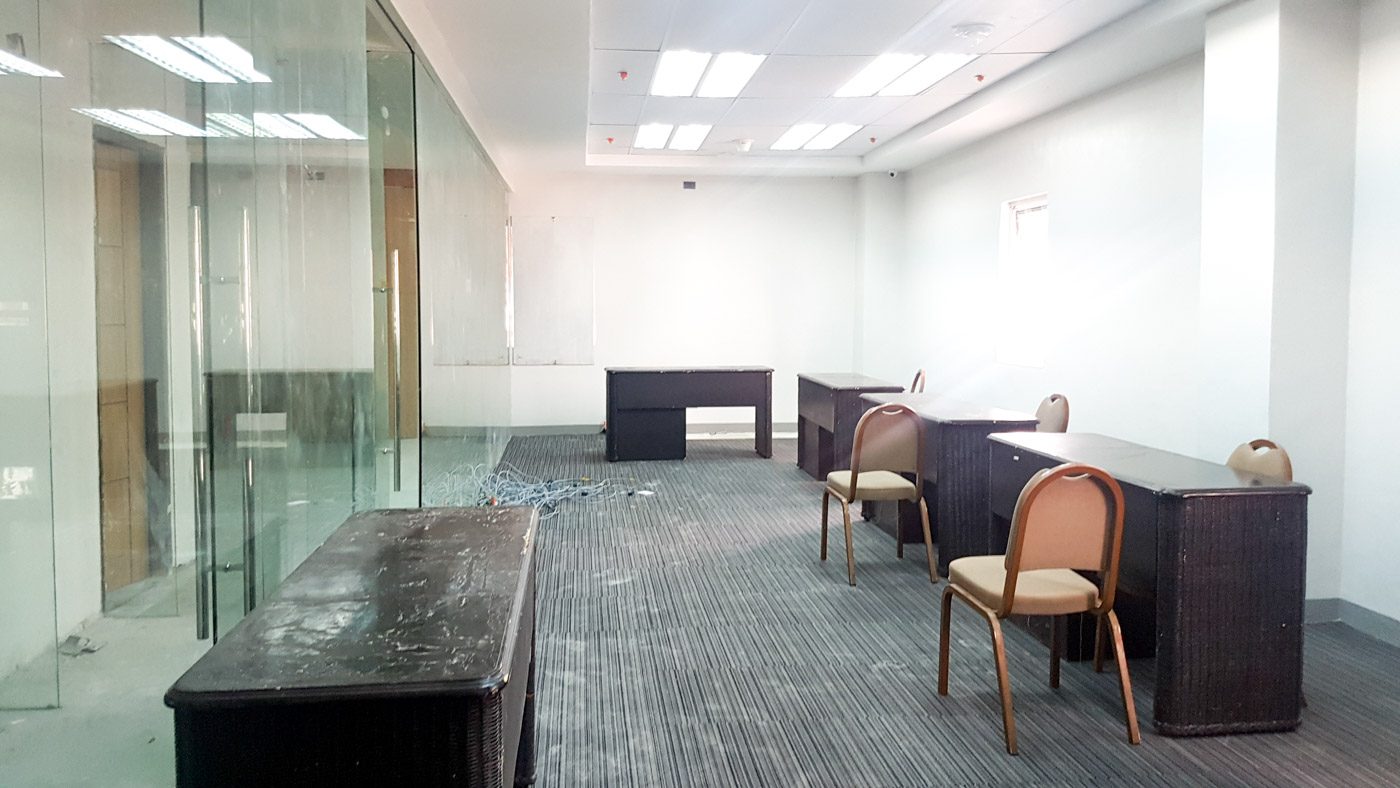 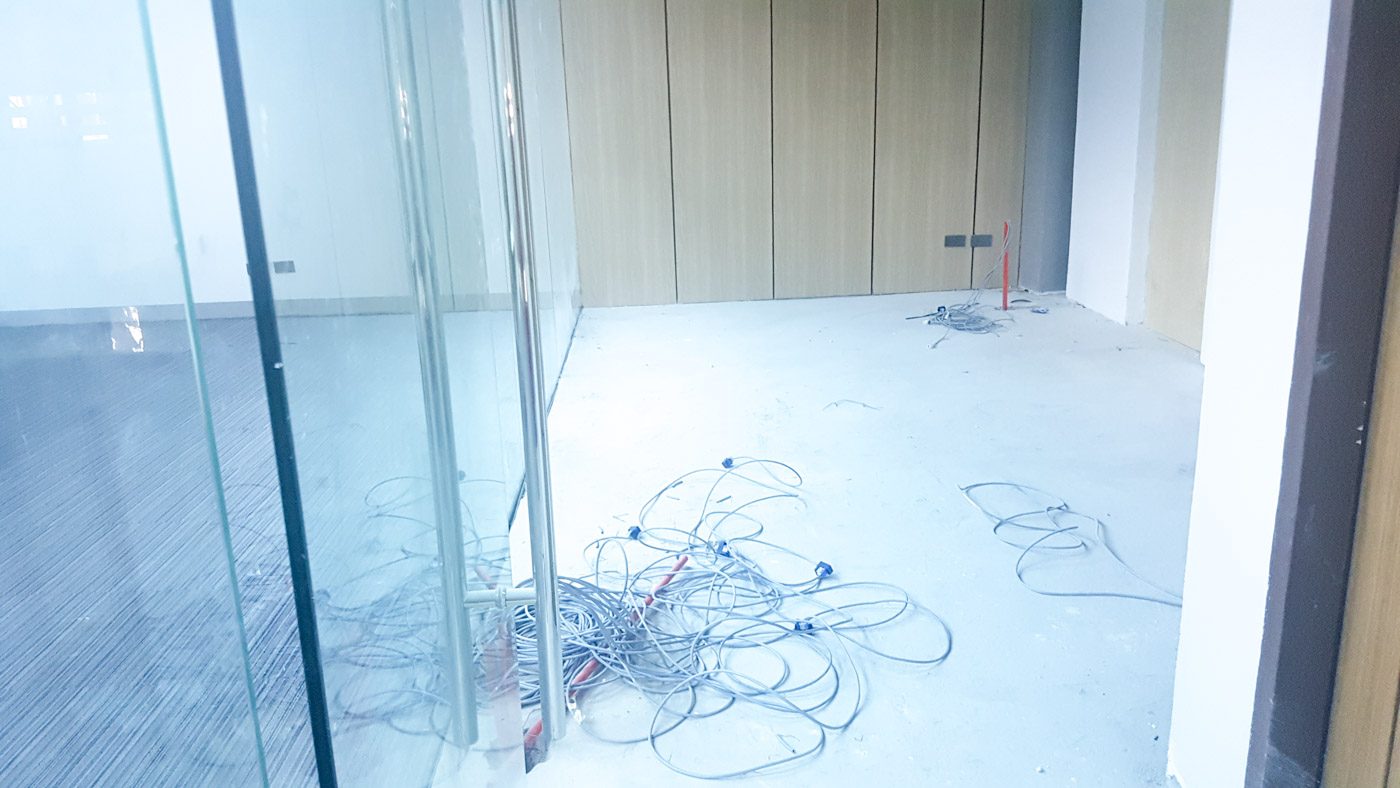 (We did nothing [on July 28] because our rooms were not yet finished. There was no internet or phone line. Temporary chairs and tables were placed. So we were incapacitated.)

Inspecting further, they saw that the the common toilet was not yet divided into cubicles, forcing the employees to use it one at a time. The surrounding areas of the buildings have yet to be paved and landscaped. (READ: DOTr employees accuse bosses of rushing Clark transfer) 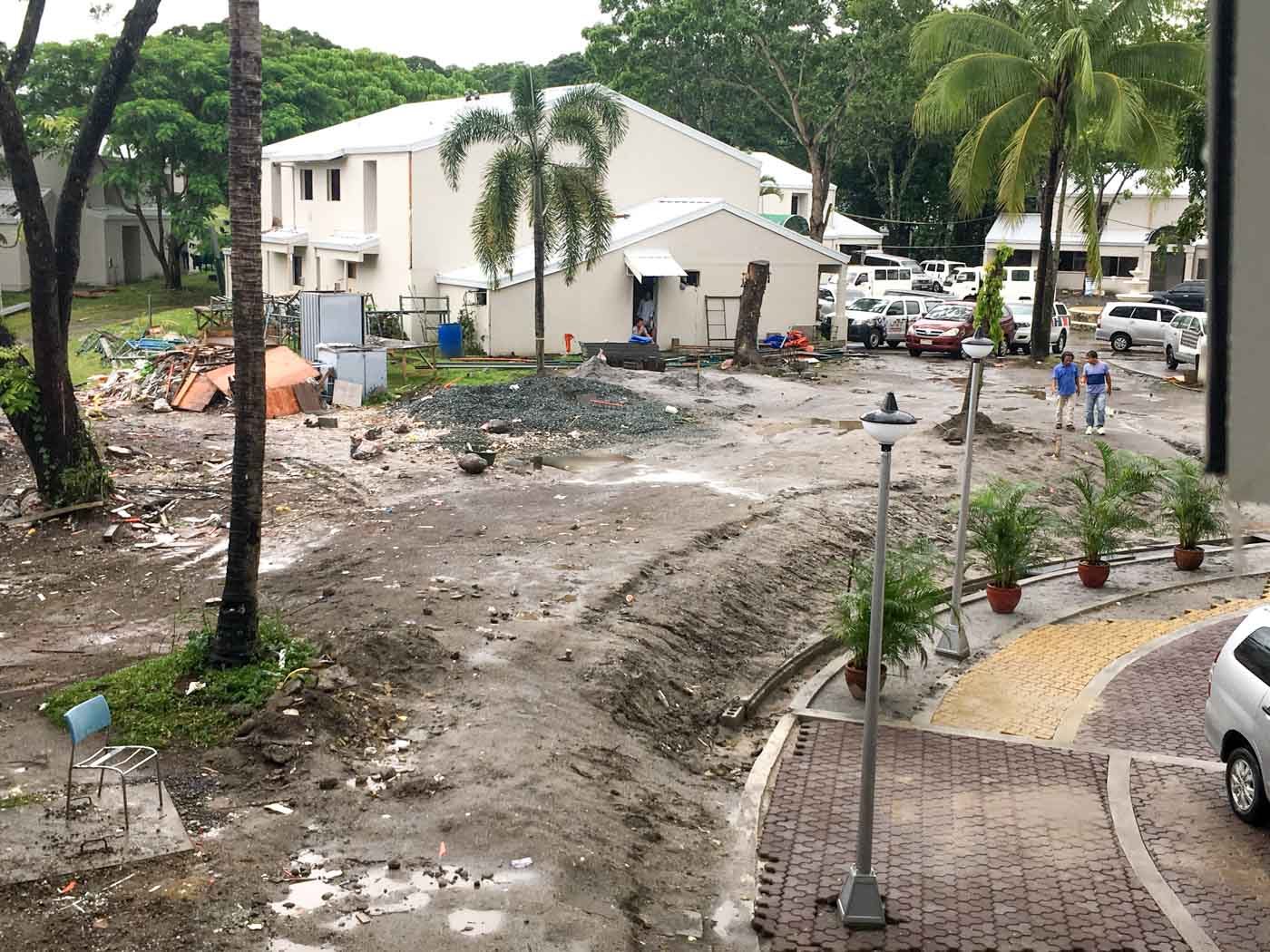 Other buildings of the new headquarters, set to be occupied later in the year, were still being finished. 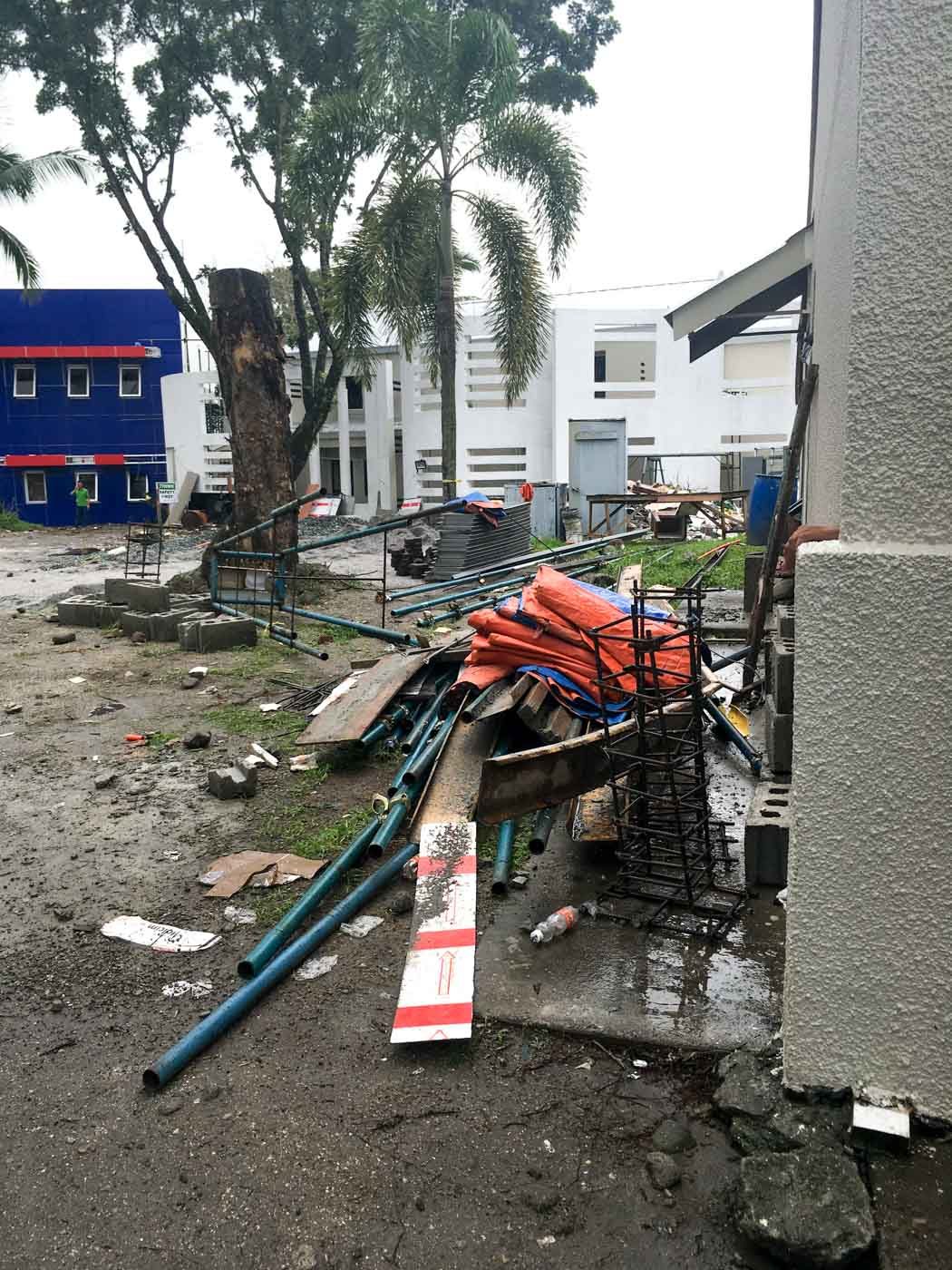 The employees complained about the noise from the ongoing construction activities.

Like other DOTr employees, the workers interviewed by Rappler said they were not against the transfer – they only want their new office to be move-in ready before they were transferred there.

“Maganda siya, maaliwalas – kung tapos na siya. Maganda siya, sa totoo lang. Kaya lang madalian kasi eh. Talagang pinilit na palipatin kami (The new office is beautiful and airy – once completed. It’s really beautiful, in all honesty. The only problem is our transfer was rushed. We were really forced to move),” one of them said.

When asked to comment on the photos, Transportation Assistant Secretary Leah Quiambao said it was only their first day at the new headquarters, and that more work would be done. She likened it to moving to a new home.

“It was our first day. There was a lot of cleaning, setting up, and organizing going around. Ganoon naman ang bagong lipat [hindi] ba (This is what it’s like when you just moved in, right)?” Quiambao told Rappler.

She also said some of the photos might have been taken at the work areas of employees who would be moved to Clark later on, or earlier in the day when the offices were not yet set up.

“I don’t know what time those photos were taken. Basta, [our division] unpacked and organized everything yesterday,” she said.

An employee who provided the photos to Rappler said the images were taken in the offices occupied by the first batch of workers. The government worker said the boxes arrived Friday afternoon, but were not brought out, so the employees could not do any work. Quiambao said all of the equipment were already in the new base. “They just need to be unpacked,” she said.

Echoing her boss, she said the DOTr decided to begin transferring employees to the new office despite the ongoing construction activities as there is “no time to waste.”

The second batch of employees are set to transfer by August, and the rest, by December.

When he announced the DOTr move to Clark in April, Tugade said he wanted other government offices to follow suit and move their headquarters out of the metro which, he hoped, would help decongest the traffic problem in Metro Manila.

Metro Manila-based DOTr employees have opposed the transfer, citing the consequences of working so far away from home on their family relations, as well as on the expenses of the department.  – Rappler.com