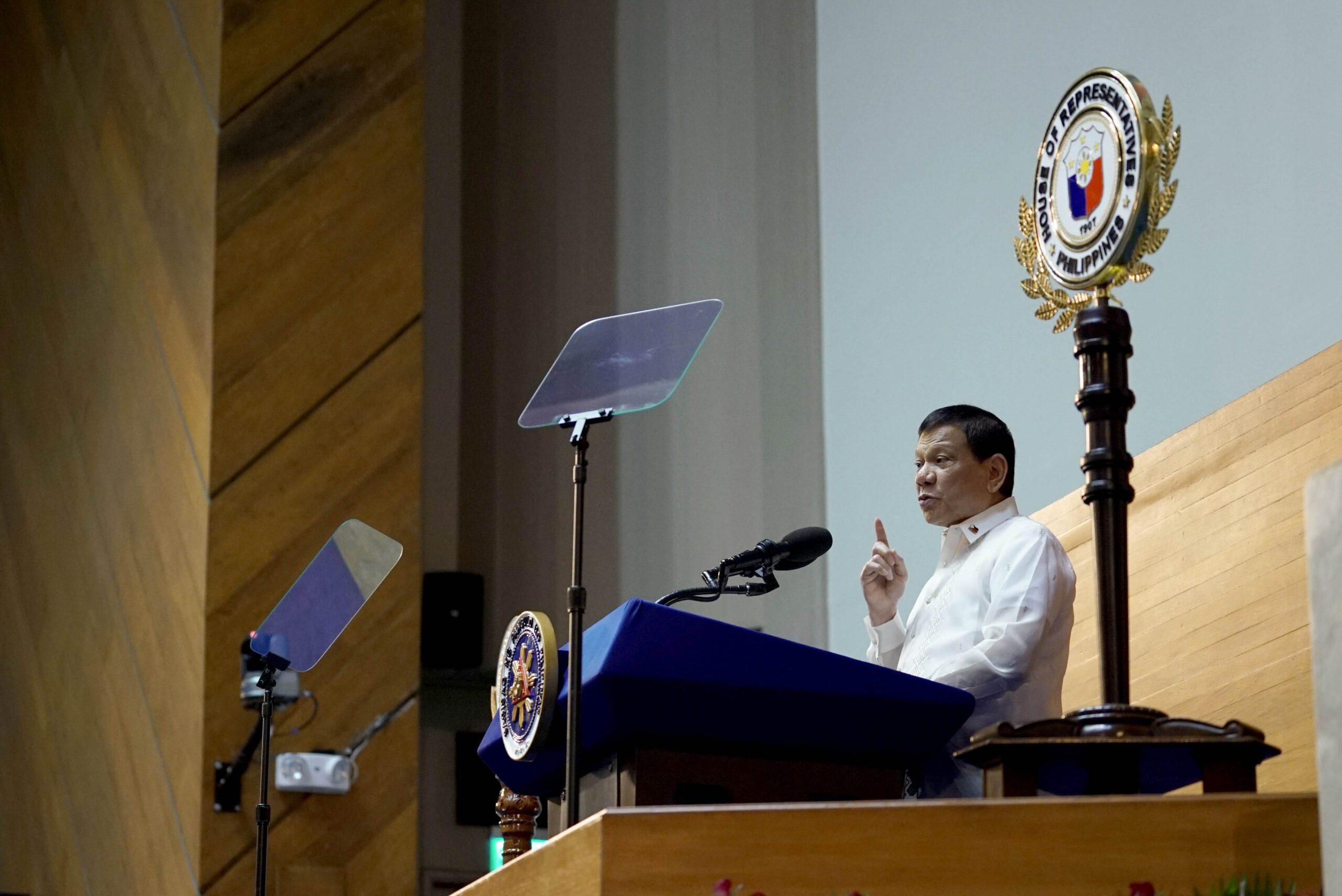 Facebook Twitter Copy URL
Copied
Executive Order No. 36 is signed days after the President vented his anger over excessive salaries, bonuses, and allowances during his second SONA

MANILA, Philippines – Following his expression of anger at excessive salaries and bonuses for officials of government owned and controlled corporations (GOCCs), President Rodrigo Duterte signed an executive order (EO) suspending the implementation of their salary system created by the previous administration.

EO No. 36, signed by Duterte last Friday, July 28, suspends the Compensation and Position Classification System (CPCS) which was put in place by the administration of Benigno Aquino III through EO No. 203.

The CPCS is a system delineating the salaries to be given to GOCC officials and personnel based on classifications of their positions.

According to Duterte’s EO, there is a need to review the salary system, to “eliminate any excessive, unauthorized, illegal, and/or unconscionable allowances, incentives, and benefits.”

Senior Deputy Executive Secretary Menardo Guevarra told media that some government agencies have been unable to comply with the Aquino-created salary system, specifically the provisions on rationalization and budget.

While suspending the implementation of the salary system, Duterte’s EO provides an interim arrangement.

For GOCCs covered by the Salary Standardization Law (SSL), they are ordered to adopt the Modified Salary Schedule under EO No. 201 (s. 2016). This EO was also issued by Aquino.

Those GOCCs exempt from SSL can choose to do the same, with the GCG’s approval, or maintain their current compensation framework.

These GOCCs are limited to giving the benefits, allowances, and other incentives under Joint Resolution No. 4 issued by the Senate and House of Representatives in 2009 authorizing the President to modify the CPCS.

A mid-year bonus equivalent to one-month salary should be granted to those who have rendered at least 4 months of satisfactory service to be given not earlier than May 15 of every year.

The existing year-end bonus and cash gift at prescribed rates is to be given every November.

The granting of mid-year and year-end bonuses and cash gifts is subject to guidelines from the GCG.

It was during his second State of the Nation Address when Duterte said he was not inclined to approve pay hikes for GOCC officials and personnel.

“Increases will have to pass by my office and I am not inclined to increase your allowances, bonus, and salary at this time. You cannot do it on your own, you have to direct it through the Executive Secretary,” said Duterte then. – Rappler.com