Military says residents of towns around Marawi can go home 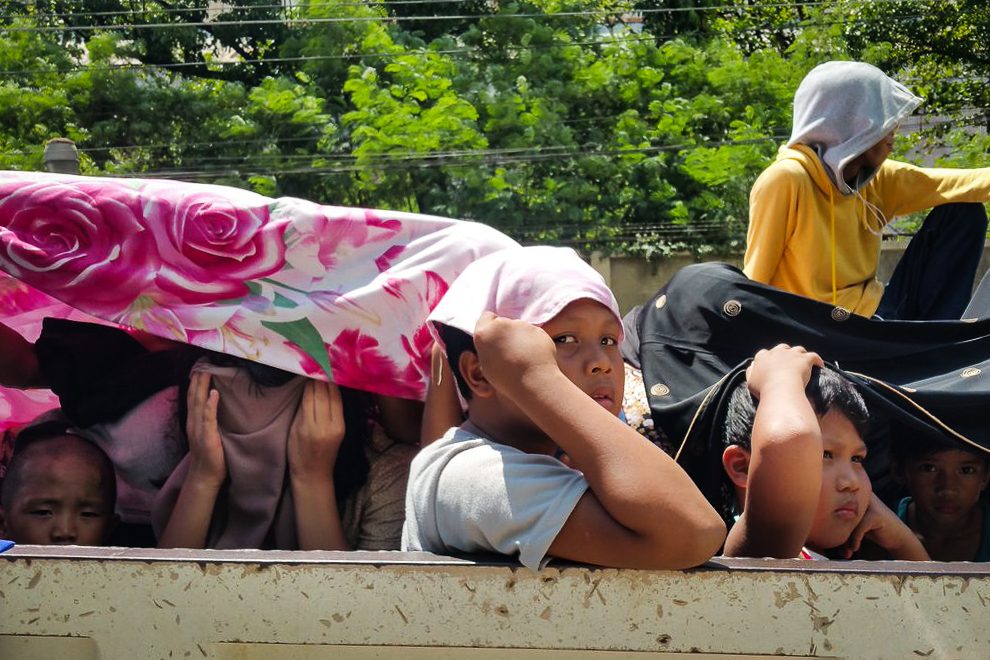 MANILA, Philippines – The military is now encouraging evacuees who came from towns surrounding Marawi City to return home as the government begins early efforts to bring some normalcy to the area.

“Residents of municipalities within Lake Lanao and outside of Marawi City can now go back to their respective residences passing through alternate routes,” said Brigadier General Restituto Padilla, spokesman of the Armed Forces of the Philippines (AFP).

He was speaking on Monday, July 31, during a Palace news briefing.

Those who wish to return to their homes can take the Saguiaran-Piagapo Road in the northern part of Malabang to Lanao del Sur Road in the southern part.

Padilla clarified some news reports that claimed the military has allowed evacuees from Marawi City itself to go home.

“The signal for the return of the residents applies only to those from outside municipalities not within Marawi, but those within the vicinity of the lake,” he said.

Evacuees from Marawi City, however, can now choose to stay with relatives who live in those towns around Lake Lanao and outside the besieged city.

They will continue receiving government assistance. Padilla advised them to register with the Municipal Social Welfare and Development Office so they can be counted among those to receive relief goods.

Residents of towns surrounding Marawi City had evacuated from their homes in the early days of the conflict, fearing a spillover of the violence.

Padilla stressed to evacuees from Marawi City not to go home yet as the city remains a dangerous place.

“Don’t return to your homes yet because you will be facing a great danger,” he said in Filipino.

He cited the example of one resident who tried to go home and was hit by a stray bullet on the way. Fortunately, the civilian survived.

“You may have been saved by staying in evacuation centers for more than 7 months but it might be the return to your homes that will be the death of you,” said Padilla.

Aside from stray bullets and terrorists having control of two and a half barangays in Marawi, there is also the danger posed by unexploded bombs.

The military is now focused on clearing the city of these. Clearing operations have slowed down because they are now being conducted in the city proper where there is an abundance of hidden improvised explosive devices or IEDs.

The military said it is trying its best to end the conflict, now on its 10th week, as soon as possible.

There are an estimated 40 to 60 terrorists still inside Marawi City, said Padilla. Some 80 to 100 hostages remain in enemy hands.

Some of them are supposedly being held in a major mosque which is being used by the terrorists as a “safe haven.”

The government assured Marawi residents that progress is being made in the establishment of transitional shelters for them.

The government has also finished conducting Rapid Damage and Needs Assessment. A report on the findings is set to be released this week. – Rappler.com