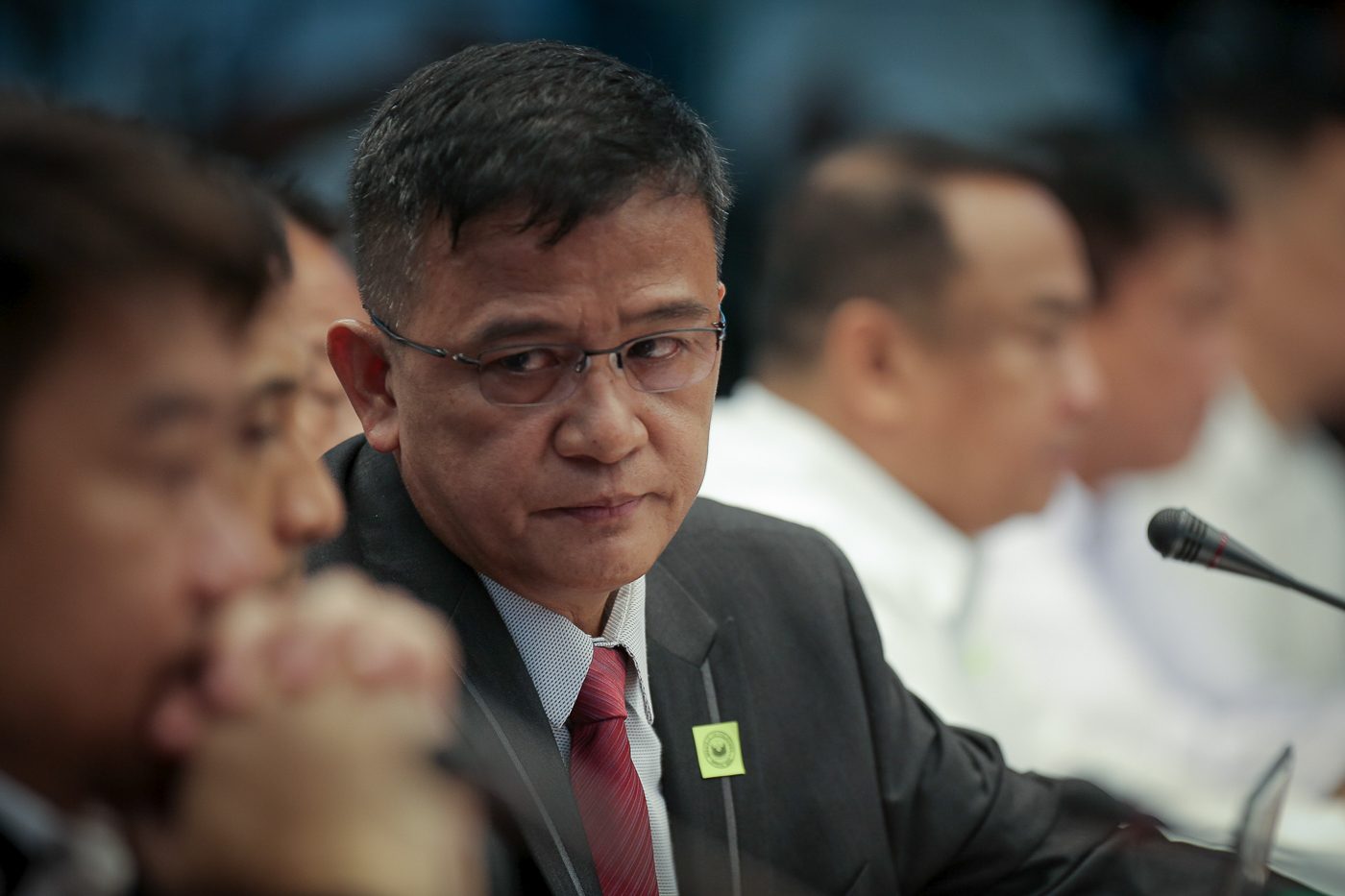 MANILA, Philippines – Senators saw the involvement of Bureau of Customs officials and some Chinese nationals in the shipment of P6.4 billion worth of shabu from China to Manila, which got past BOC monitors but was recovered in a raid on a warehouse in Valenzuela City.

With the absence of key figures in the Senate, the start of the probe offered more questions than answers.

One thing, however, was clear to the senators: it would not have been possible to smuggle 604 kilos of illegal drugs from China via the BOC’s express lane if there was no approval from the agency.

Senator Richard Gordon, committee chair, said heads have to roll from the top to the bottom ranks of the BOC, which is widely perceived by the public as one of the most corrupt agencies in the country.

“The gang who could not shoot straight. Either you are incompetent or corrupt. That’s the whole point here. Nakakalusot sa green lane, tinutulungan ng tropa ninyo, alaga ‘nyo (They get past the green lane [because] your own men assist them, you’re coddling them),” Gordon said during the hearing.

Minority Leader Franklin Drilon shared this sentiment, as he wondered how much more illegal drugs were able to enter the country.

(If they knew about it, why was it not detected? It is clear that customs was part of the scheme to allow the shipment of 604 kilos and we still don’t know how much more. If it is possible that they smuggled 604 kilos through corruption, and obviously through connivance, how much more was smuggled in the past?)

Central to the controversy are BOC Commissioner Nicanor Faeldon, Intelligence Director Neil Estrella, and suspended Risk Management Officer Larribert Hilario. Faeldon and Estrella attended the hearing while Hilario was “nowhere to be found.”

Also involved in the issue are certain Chinese nationals. While the Chinese government is pivotal in the seizure of the shipment, some Chinese nationals are believed to be colluding with the BOC. It was the Anti-Smuggling Bureau of the General Administration of China Customs that informed the BOC of the shabu shipment.

“If some Chinese nationals were involved, I’d say, there is a big possibility,” Senator Panfilo Lacson told Rappler in a text message.

“Alam pala nila eh. Dapat hinuli na nila kung doon galing,” Majority Leader Vicente Sotto III said, referring to Chinese authorities. (Since they knew about the shipment beforehand, they should have intercepted it there [in China].)

During the hearing, it was revealed that the “consignee-for-hire” scheme is still very much alive in the bureau. This is the system by which BOC-accredited consignees sell their services to smugglers in exchange for a “royalty fee.”

In the case of the shabu shipment, the consignee was EMT Trading, a first-time importer. EMT proprietor Eirene Mae Tatad claimed she did not know that the shipment contained illegal drugs. Customs broker Mark Ruben Taguba, who fixed the shipment, echoed Tatad’s claims.

Senators then questioned the BOC for allowing the shipment to pass through the “green” or express lane – where the shipment no longer needs document verification and X-ray inspection – when there were at least two red flags in the transaction.

BOC rules prohibit first-time importers and shipments from China from passing through the express lane.

It turned out it was Hilario who supposedly misrepresented the information of EMT Trading so its shipment could pass through the green lane, thereby easily entering the country without inspections.

Faeldon said he verbally suspended Hilario pending investigation and that the officer seems to have gone into hiding now. But senators asked the BOC chief why he did not issue a written suspension order if he really was serious.

Aside from Hilario, another key figure in the controversy is a certain Richard Chen or Richard Tan. Taguba and Tatad said Tan is a shipper, but BOC officials have a different story.

Taguba described Tan as the one who hired him to fix the shipment. He claimed Tan is a “consolidator” in China. Companies that want to cut shipping costs would go to him so the fees would be divided among many senders. Taguba maintained Tan is the real importer of the illegal drugs seized.

Taguba said he dealt with Tan through a middleman, a certain Kenneth Ong. The Senate blue ribbon committee reported that Ong already left the country on July 28 for Chengdu, China.

Taguba denied any links to the illegal drugs, saying his original shipment consisted only of light materials. Two of his drivers also testified before the panel that the contents of their trucks did not weigh around 600 kilos or the volume of shabu confiscated. (READ: Senate takes custody of customs broker linked to shabu shipment)

The BOC, for its part, painted a different story involving Tan. Tan is an alleged informant of the Chinese government, as it was he who supposedly tipped both sides of the shipment.

During the hearing, it was revealed that the Chinese government wrote to its Filipino counterparts ahead of the raid, asking them to “protect” Tan and not to “punish” him – a move found suspicious by the senators.

During the hearing, Lacson showed photos of Tan with Faeldon and Estrella. He even suspected that it was Tan who helped EMT Trading with its accreditation in the BOC.

But both officials said the photos were taken on the same day of the raid, following the Chinese government agency’s request of proof that they indeed talked with Tan.

Gordon, for his part, said maybe it was China’s way of checking if Tan was really left unharmed.

Rappler found out that Tan is a member of the Federation of Filipino-Chinese Chambers of Commerce and Industry.

Given inconsistencies in testimonies, senators are set to summon Tan to the August 8 hearing. Gordon has also sought the issuance of a hold departure order against him.

Senators also questioned the congratulatory letter sent by the Anti-Smuggling Bureau (ASB) of the General Administration of China Customs to Faeldon and Estrella.

In a letter dated July 17 – or nearly two months after the raid – the ASB specifically mentioned that there is only one shipment found to contain illegal drugs and that no Filipino was involved. These did not sit well with senators, who doubted why the agency would give such limiting statements. “Parang may inililigtas silang tauhan eh (It’s like they’re covering up for someone),” Sotto told reporters.

(It seems they are already narrowing this down, that there was supposedly no shipment involved. Is it possible that it was the Customs Commissioner who requested [the Chinese authorities] for that letter, thinking it would shorten the investigation or they’d be in trouble?)

Lacson, meanwhile, found it suspicious and questioned the letter’s “authenticity.”

(Why would the Chinese government provide information saying that these are the only people involved, no Filipinos, no other shipment? It’s too constricted.)

Lacson also questioned why the BOC, despite the tip from the Chinese government, only checked one shipment and did not bother to inspect other shipments of EMT Trading.

(They came on the same ship, from the same supplier, but we didn’t follow up on the other, very similar shipments? Is it possible they put one over us through controlled delivery – they allowed us to intercept one, but the 3 others got past us?)