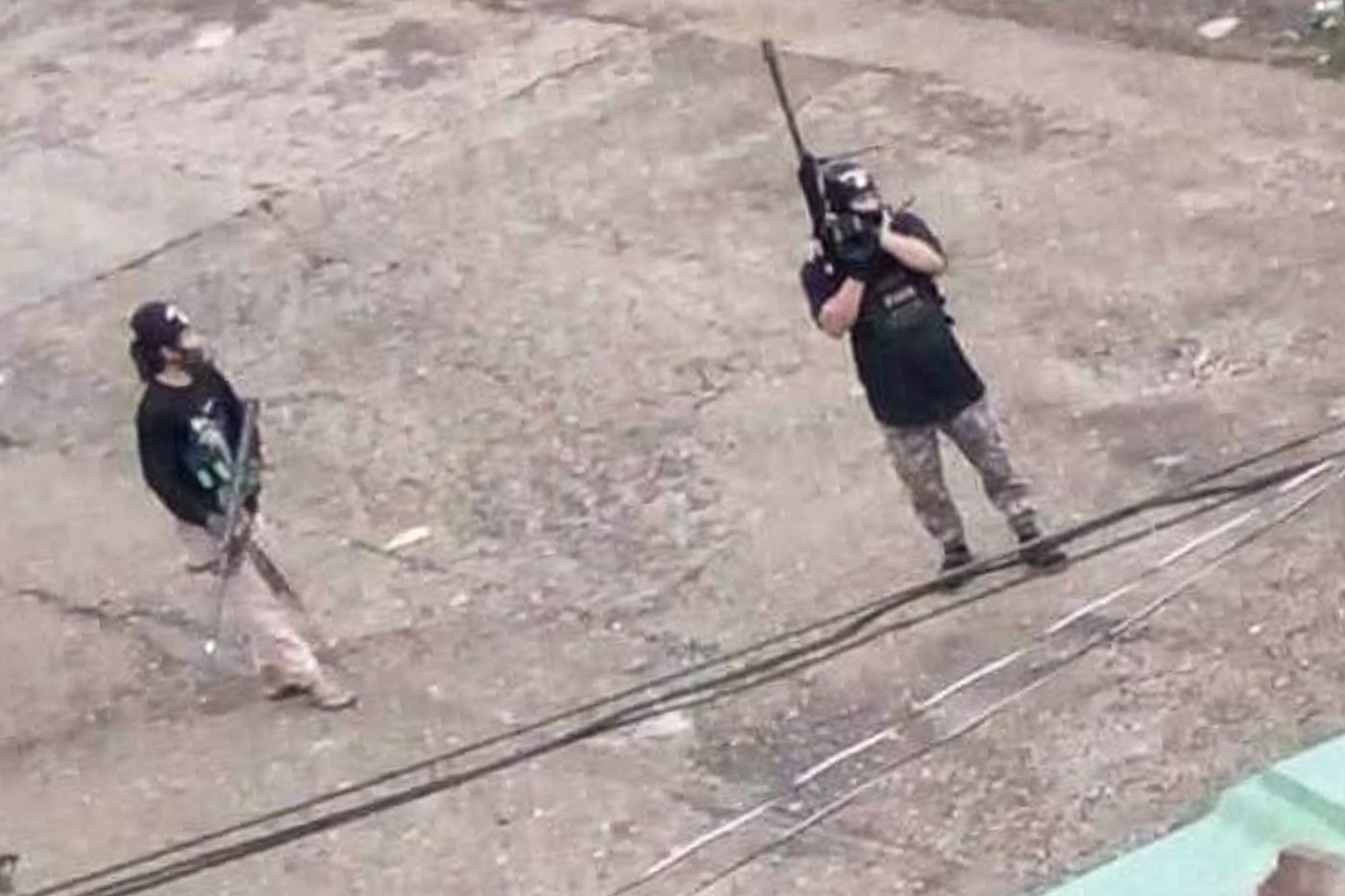 MANILA, Philippines – The death toll among terrorists fighting in Marawi City breached 500 on Monday, July 31, after the Armed Forces of the Philippines (AFP) reported killing 11 in separate operations during the day.

The latest military report shows that at least 502 local terrorists, 114 government forces, and 45 civilians have been killed in the conflict that has dragged on for more than two months.

The government admitted that they initially underestimated the strength of the enemy to less than a hundred fighters. Residents who escaped spoke of up to 700 terrorists inside the battle zone.

Also on Monday, two alleged members of the Maute Group were arrested in a joint operation by soldiers and cops in the nearby town of Pantar. They were identified as 71-year-old Mama Batara and 37-year-old Sailanie Asral.

An improvised rifle and an M203 grenade launcher were reportedly recovered from their home. The suspects are now under the custody of the police’s Criminal Investigation and Detection Group (CIDG).

The war against terrorists who pledged allegiance to international group Islamic State (ISIS) erupted on May 23 when a military raid against ISIS emir Isnilon Hapilon forced them to prematurely carry out an attack that was supposedly set for the first day of Ramadan, May 26.

The terrorists planned to seize Marawi City and raise the ISIS black flag at the city hall and the provincial capitol, according to the military. A recovered video of Hapilon and the Maute brothers also showed them planning the attack. (READ: Terror in Mindanao: The Mautes of Marawi)

The war continues to rage in the city’s commercial district Banggolo and adjacent barangays Raya Madaya and Marinaut. Some of the neighboring areas also remain isolated.

Troops last week regained control of one of 3 critical bridges in the battle zone – Mapandi Bridge – giving troops direct access to the area.

“The entry of our troops, equipment, logistics will be expedited all the more because you don’t have to go around anymore… We now have direct access to ground zero,” said AFP spokesman Brigadier General Restituto Padilla in a briefing at Malacañang Palace on Monday.

Some 300 civilians including about a hundred hostages remain trapped in the battle zone, according to military estimates. At least 1,724 civilians have been rescued.

The crisis has also displaced almost 400,000 people in the province of Lanao del Sur.

Nearly all of Marawi City’s about 200,000 residents evacuated, along with residents of adjacent towns who feared that the violence could spill over to their areas or basic goods would not be able to reach them.

The AFP said on Monday that it is already safe for residents of towns around Marawi City to go back home.

Residents of Marawi City, however, are not yet allowed to return even to so-called “safe areas” or villages outside the battle zone. (READ: Snipers and IEDs: Deadly combination in Marawi war zone)

The AFP said stray bullets continue to be a problem in these areas, which are also being cleared of improvised explosive devices, dead bodies, and disease-causing viruses.

Rehabilitation efforts have begun even as the clashes continue. Military engineers are now constructing model houses that will serve as template for up to 5,000 temporary shelters for residents who lost their homes. (READ: Groundwork begins for Marawi relocation site) – Rappler.com