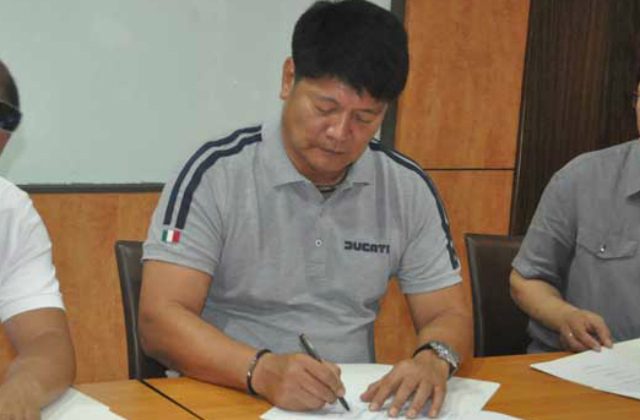 MANILA, Philippines – Monsignor Arnel Lagarejos posted bail and temporarily walked free on Tuesday, August 1, as he stands accused of human trafficking for “booking” a 13-year-old girl through a pimp.

Lagarejos, 55, faces a human trafficking case after police caught him in an entrapment operation last Friday evening, July 28. He had allegedly “booked” a 13-year-old girl for sex.

On the same day that Lagarejos posted bail, the Diocese of Antipolo vowed no cover-up in his case, as it also condemned human trafficking “in the strongest terms possible.”

The diocese pointed out that Lagarejos “has been relieved of all his pastoral assignments and is forbidden from having contact with all but his lawyer, his brother-priests, and church authorities.”

Lagarejos was president of Cainta Catholic College. He was also parish priest of Saint John the Baptist Parish in Poblacion, Taytay, Rizal.

Police said, however, that Lagarejos initially identified himself to them as “self employed.”

The diocese added, “He is particularly forbidden from any communication with minors and from maintaining company with them in any way whatsoever.”

The church is conducting a parallel investigation into the case handled by state authorities.