Facebook Twitter Copy URL
Copied
(UPDATED) The complaint is jointly submitted by the Volunteers Against Crime and Corruption and the Vanguard of the Philippine Constitution, but it has not yet been endorsed by a lawmaker

A group whose founder and president is a staunch supporter of President Rodrigo Duterte on Wednesday, August 2, led the submission of an impeachment complaint against Chief Justice Maria Lourdes Sereno to the House of Representatives.

The complaint, however, has not yet been endorsed by any lawmaker. For an impeachment complaint to be considered officially filed, it must get a lawmaker’s endorsement.

The Volunteers Against Crime and Corruption (VACC) and the Vanguard of the Philippine Constitution, Incorporated (VPCI) on Wednesday said Sereno should be impeached on the following grounds:

“We have enough proof to substantiate all the allegations. The best evidence came from the court itself,” said VACC lawyer Manuelito Luna.

A second impeachment complaint from lawyer Larry Gadon, who once represented former president Gloria Macapagal-Arroyo before the United Nations Working Group on Arbitrary Detention in 2015, was also supposed to be filed on Wednesday.

Gadon has not filed his complaint against Sereno yet, but said on Wednesday that he spoke to lawmakers about it. He refused to identify those lawmakers. 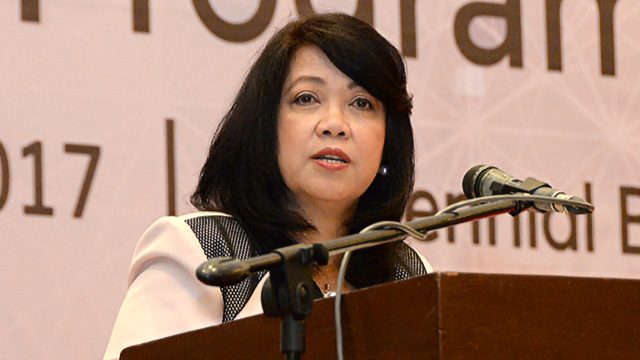 Impeachable offenses include culpable violation of the Constitution, treason, bribery, graft and corruption, other high crimes, and betrayal of public trust.

If an impeachment complaint gets an endorsement from a legislator, it will then be referred to the House Speaker. He is expected to include it in the House’s order of business.

The committee will then issue a formal resolution to the House plenary. If there is probable cause, the Articles of Impeachment are also submitted via resolution. The complaint will be endorsed to the Senate once it gets a go-signal from at least one-third of House members.

It’s the Senate which will try and decide all cases of impeachment via trial. A two-thirds vote from senators is needed to convict an impeachable official.

In May 2012, the Senate found then Chief Justice Renato Corona guilty of betraying public trust and culpable violation of the Constitution.

During Corona’s impeachment, both chambers of Congress were dominated by allies of then President Benigno Aquino III. The administration then was accused of railroading the impeachment and bribing legislators for the vote.

The Senate and the House are now dominated by legislators who are members of or are allied with Duterte’s Partido Demokratiko Pilipino-Lakas ng Bayan (PDP-Laban). – Rappler.com