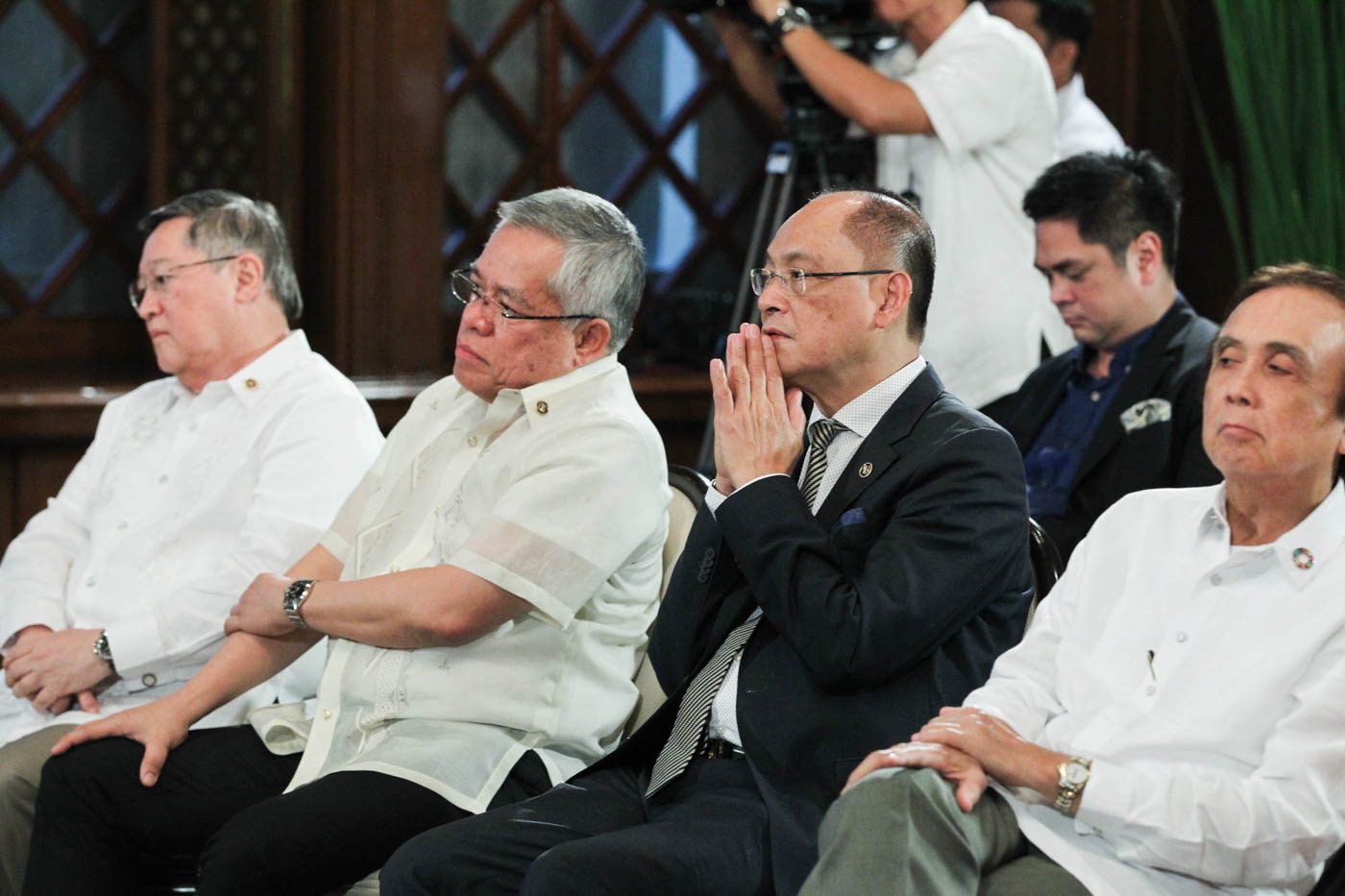 MANILA, Philippines – Senators on Wednesday, August 2, opposed the claim of the Department of Budget and Management (DBM) that the government could not shoulder the P100 billion needed to fund free tuition in state universities and colleges (SUCs). (READ: DBM on free tuition in state colleges: ‘Di kaya ng gobyerno ‘yan’)

Senator Francis Escudero, chairman of the Senate education committee, said free tuition and other fees in SUCs would only cost P14 billion.

“This is only 0.3% of the proposed 2018 GAA (General Appropriations Act). Those who enroll in SUCs cannot afford the tuition fees in private schools. It’s a totally different market,” Escudero said in a text message.

Even if local colleges and state-run technical-vocational institutions would be included in the program, the government would supposedly only spend P20 billion or 0.5% of the proposed 2018 budget – a far cry from Diokno’s P100-billion estimate.

Senator Sherwin Gatchalian said the figures mentioned by the DBM are “inaccurate, misleading.”

If President Rodrigo Duterte vetoes the measure, Gatchalian said senators have so far agreed to insert a provision into the 2018 budget to fund the program, similar to what the chamber did in the 2017 GAA.

“At this point, we have the numbers to make it happen,” Gatchalian said.

Senator Joseph Victor Ejercito urged the administration to treat free education as an “investment for the future” and not an expense.

“I hope that our economic managers would reconsider their opposition on full government subsidy of tuition fee in [SUCs],” Ejercito said.

Senator Paolo Benigo Aquino IV, former Senate education committee chairman, shared the same sentiment and said more than one million students are already waiting for the implementation of the program.

“The administration must prioritize education. Let’s not lose hope that we will invest in the future of our youth and their families,” Aquino said.

“This is a policy that everyone in the Senate supported, regardless of political party. Inaasahan rin ito ng 1.6 milyon na estudyante sa SUCs, pati ng kanilang pamilya (There are 1.6 million students in SUCs as well as their families who are awaiting the free tuition). So I am still hoping this will become law,” he added.

Senators also questioned why the government would not want to spend on education when it is intent on spending billions and trillions of pesos on dole outs and infrastructure, respectively.

“If the government can spend P70 billion a year for Conditional Cash Transfer, which is a dole out, why can’t we spend P28 billion for higher education? I would rather invest [on] higher education since this is the best way out of poverty and not through dole outs,” Ejercito said.

“Given that we plan to spend P1.1 trillion for infrastructure capital outlay in the administration’s Build, Build, Build program, it’s a small investment on our human capital resource that will go a long way,” Escudero said.

“I have said it time and time again: a college education is one of the strongest weapons a person can wield in the fight against the inter-generational evil of poverty. I urge the Duterte administration to take this maxim to heart by devoting more resources to expanding access to educational opportunities at the tertiary level,” Gatchalian said.

The Senate and the House of Representatives ratified the final version of the Universal Access to Quality Tertiary Education Act in May, which will provide full tuition subsidy for students in 112 SUCs, local universities and colleges, and government-run technical-vocational schools.

Back in February, the country’s economic managers expressed opposition to the bill, saying it would benefit largely “non-poor students.”

The bill was submitted for Duterte’s signature last July 5. It will lapse into law on August 5 if the President does not take action on it. – Rappler.com