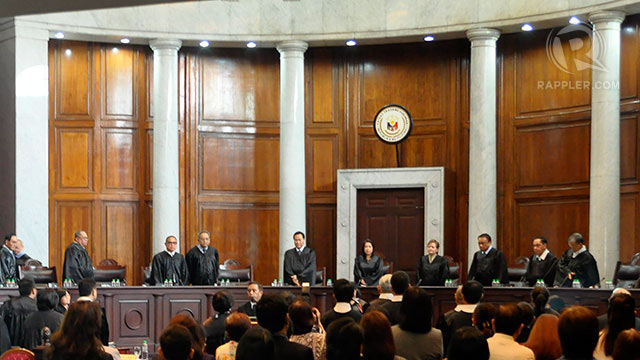 Gunmen fired at the vehicle of Abul as he and his wife Bernadeth were leaving their house on Saturday, August 5, SunStar Cagayan De Oro reported.

“The Chief Justice and Associate Justices express their outrage and sadness at the killing of the Honorable Presiding Judge Godofredo B. Abul Jr of the Regional Trial Court of Butuan City, Branch 4 and the injuries inflicted on his wife,” according to a statement the court issued on Sunday.

The High Court is demanding swift justice for the slain judge.

“They call on the authorities concerned to take all necessary steps with all deliberate speed to do justice for Judge Abul and his wife by fully investigating the crimes committed,” the statement added.

Senate President Aquilino Pimentel III also condemned the attack and denounced the killers’ disregard for the rule of law.

Pimentel said it is an insult to the Philippine National Police, urging the PNP to respond by arresting the killers immediately.

“This brazen attack on a judge in his own home is an insult to our policemen. The killers are showing their complete disregard for the rule of law and showing their contempt for the ability of the PNP to catch them,” Pimentel said in a statement.

“The PNP has been challenged. The best possible way to respond is to arrest the killers,” he added.

SunStar quoted the police saying: “Initial investigation from Police Station 4 pointed out that around 10 in the morning the judge together with his wife were about to leave their house inside their white SUV Mitsubishi Montero was attacked by a gunman riding on a motorcycle. The judge was killed on site as he was fatally hit on the head while his wife was rushed to the hospital after she was wounded in the attack.”

The local police has created a task force to investigate the killing. – Rappler.com