Aug 7, 2017 7:31 PM PHT
Mara Cepeda
Facebook Twitter Copy URL
Copied
Higher education institutions have to consult first with students, and to get the prior approval of their board of trustees, directors, and regents 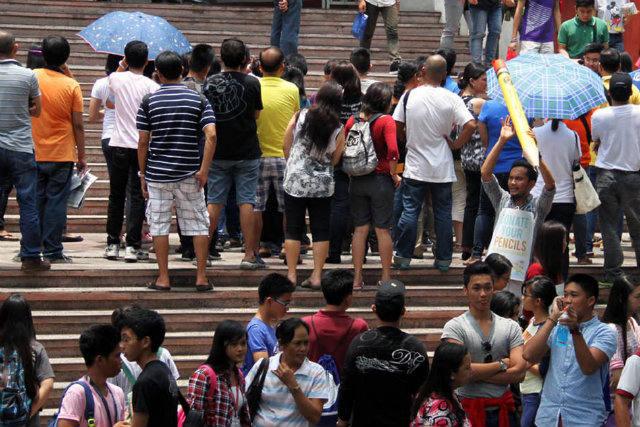 The memorandum states all HEIs that want to implement mandatory drug testing should first conduct consultation with students. The drug tests are also confidential, with sanctions imposed upon school officials and medical personnel who will violate it. (READ: Briones: Schools must teach ‘real life stories’ on dangers of drugs)

“All HEIs implementing a mandatory drug testing of students must be able to show that it has the approval of its Board of Trustees, Directors, Regents, and has gone through the necessary student consultation process,” read the memorandum.

The drug test must only be administered by drug facilities, physicians, and private medical practitioners who are accredited by the Department of Health.

“If found positive with confirmatory [test], the HEI shall not be precluded from admitting the student-applicant subject to its rules and regulations,” said the CHED memorandum.

HEIs may also include mandatory drug testing among their requirements for student retention. Should a student’s drug test turn out to be positive, the drug testing coordinator must inform the  student and his or her parents that a confirmatory test must be conducted.

Should the confirmatory test also yield positive results, HEIs are not to use it as sole basis to impose a disciplinary action on the student concerned unless he or she is “held liable for some other violations of the Student Handbook after due process.”

If the student is found to be a drug dependent, the HEI must impose the “appropriate sanction, intervention, and/or rehabilitation.”

“The program shall include, among others, drug education/awareness, prevention and control initiatives that will promote a drug-free campus,” said the memorandum.

The committee is also expected to coordinate with partner agencies to implement intervention measures, monitor students, and prevent their involvement with illegal drugs. – Rappler.com